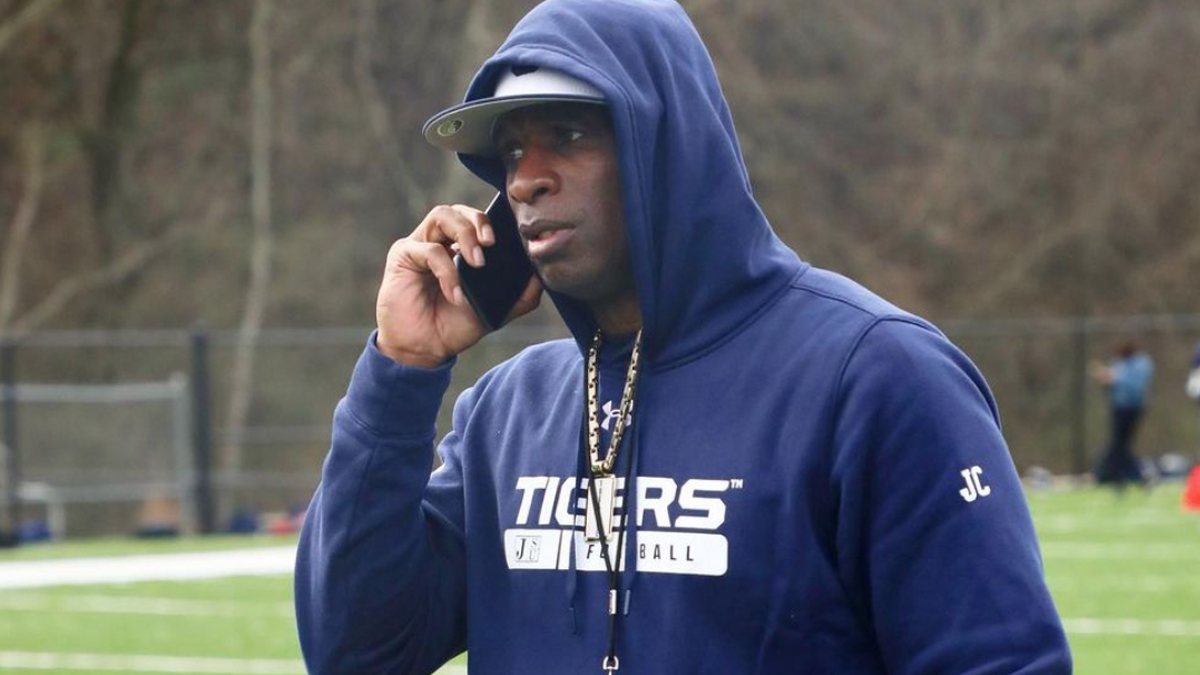 While Deion Sanders like his Jackson State team’s speed and toughness, he saw much to be desired a week from opening week.

The official debut of Jackson State under Deion Sanders is now one week away.

JSU took to the field at Veterans Memorial Stadium on Saturday for a live scrimmage, and Sanders saw a lot he’d like to improve on before game time.

“We like to play smart, tough, fast and disciplined. We were two out of four today,” Sanders told the media following Saturday’s scrimmage.

So which two out of the four was JSU on Saturday?

“They’re tough. These guys are tough,” Sanders told the media after the scrimmage. “And that defense is fast as I don’t know what.”

That leaves smart and disciplined still to be worked on before Edward Waters comes into town on Feb. 21.

Much of Sanders’ dissatisfaction appears to be at the quarterback position. Sheduer Sanders took the majority of the reps on Saturday, for the second week in a row. However, he isn’t eligible to play until the fall, which leaves Jalon Jones and Quincy Casey as the two leading candidates. JSU co-offensive coordinator Michael Pollock said that as of Saturday, a starter had not emerged.

“We’re not close at all right now,” Pollock said via the Clarion-Ledger. “It’s a battle every day. We’ve got to go out there, and they’ve got to put their resume on the field at practice and we’re not close to making a decision right there.”

Sanders said he was seeing good things out of all the quarterbacks — but there was plenty to work on.

We’ve got to develop more, though. We’ve really got to make better decisions, and we’ve got to get the ball down the field—and end up with a field goal or a touchdown. That’s what we need to do at the quarterback position.”

It has been just over six weeks since Jackson State players returned to campus with Deion Sanders as their coach. That’s a quick turnaround to learn a new coach and new scheme, but Sanders isn’t making excuses as it relates for time.

“We’ve had enough time to prepare,” he said. “Everyone has had ample amount of time, the same amount of time. So we can’t have a pity party on this team or that school or who’s representing what or that player or whatever— no matter what form or fashion they’ve come in. We have expectations, and we’re going to live up to them.”

JSU has been the talk of HBCU football since hiring Deion Sanders in September. And yes, external expectations are high. And Sanders isn’t shying away from that, nor his own expectations of how he wants his team to play.

“I expect greatness,” he said.