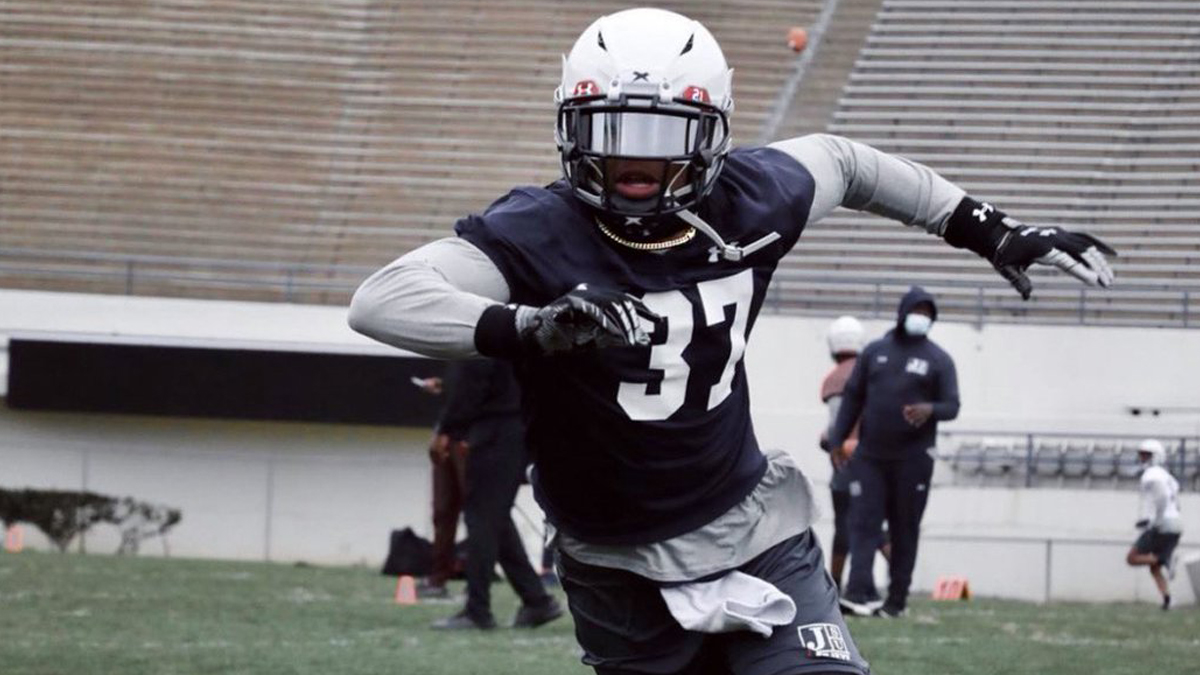 Will Deion Sanders let his son wear no. 21?

Jackson State puts out its spring football roster just two weeks before its first game. We take a look at who is and who isn’t on the roster for Deion Sanders and Co.

The roster for the first Deion Sanders-led football team at Jackson State is now here.

Jackson State released its spring 2021 football roster, which is headlined by two young men who have the same last name as the head coach. Freshman quarterback Sheduer Sanders, the highest-rated player to sign with an HBCU in recent history, is first up. He’s assigned the same number — 2 — that he wore as a four-star quarterback at Trinity Christian High School in Texas. Sanders’ father wore the number during his college days at Florida State.

His brother Shilo Sanders, a safety who transferred from the University of South Carolina, is listed as number 21. Of course, that’s the number that his Hall of Fame father and football coach made famous in the NFL. Jackson State says that Shilo Sanders may still wear 37.

Sheduer Sanders may be the biggest name at quarterback, but he’s not alone. There are a total of five quarterbacks listed on the roster, including Jalon Jones. Jones was a former four-star quarterback himself in high school. After a brief stint at Florida he came in under former coach John Hendrick in 2019 with four years of eligibility. He and North Texas transfer Greyson Thompson will be eligible to compete in JSU’s six-game spring season while Sanders practices but won’t play.

There are seven running backs on the roster for Deion Sanders. Kymani Clarke is the program’s leading returning rusher, but he’ll have some competition in former Memphis tailback Greg Williams.

The wide receiving corps may be the deepest unit of all at JSU. FBS transfers like Shane Hooks (Ohio), Corey Reed Jr. (Louisville) and Keith Corbin (Houston) are also listed on the roster. Reed did not see the field at Louisville, so he’ll be available for spring ball. Much of the receiver group are young and untested freshmen and redshirt freshmen for Deion Sanders and receiver coach Jason Phillips.

For the most part, the FBS transfers that committed to JSU are on the roster. There’s former Florida State DB/WR Isaiah Bolden (listed as a defensive back with the number 23) and Javorris Selmon — the first FBS player to commit to Jackson State after Deion Sanders was hired. Former Tennessee linebacker Nyles Gaddy and former USC linebacker Malik-Abdul McClain.

One name missing from the list is offensive lineman Maljon Joor. The former Florida International lineman and three-star offensive lineman committed to the program in November, but was nowhere to be found on the roster. Former Missouri offensive lineman Dylan Spencer is still slotted to play for Deion Sanders.

Taking a look at the roster from a geographic standpoint, a good percentage of the current roster s from Mississippi, with 43 hailing from the Magnolia State. But Texas, Alabama and Louisiana are all well-represented with 10 players each. Florida, Sanders’ native state, has six players and Georgia has five. It will be interesting to see how that develops as Deion Sanders and staff continue to build.

Check out the full roster on the following pages.

Will Deion Sanders let his son wear no. 21?