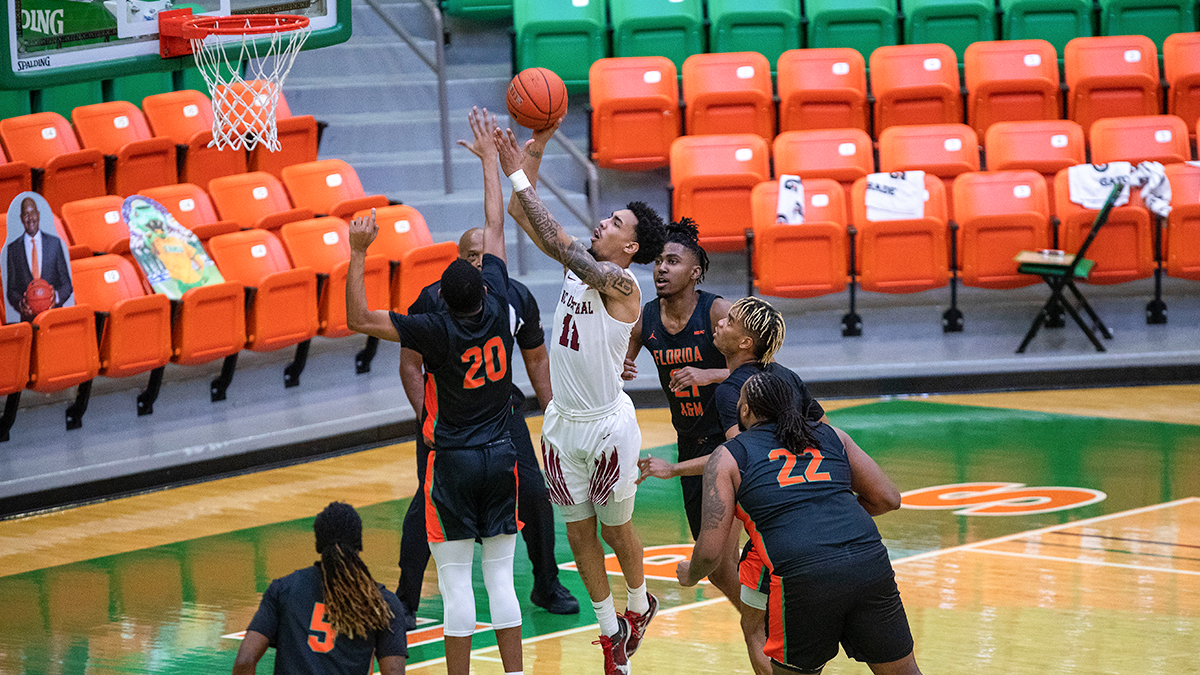 North Carolina Central made FAMU work for it, but the Tallahassee squad picked up a sweep and its 11th home victory in a row.

FAMU arned its second consecutive victory and 11th home victory in row with a 60-47 triumph over North Carolina Central on Tuesday night.

The Rattlers followed a solid defensive performance in Monday night’s win, over the Eagles, with another stellar outing on Tuesday. FAMU held NCCU’s high scoring offense to just 47 points on 54 shots. The Eagles shot 33.3 percent from the field.

When FAMU wasn’t hounding NCCU on defense, they were hitting timely shots and turning Eagle turnovers into points. The Rattlers scored 16 points off turnovers, compared to nine for Central.

The Eagles led at halftime despite shooting only 28.6 percent from the floor.

In the second half, the Rattlers cranked up the pressure

The Rattlers kept the Eagles at bay for the remainder on night to claim the 13-point victory.

For the contest, FAMU hit 48.9 percent of its shots (23-of-47), including 4-of-17 from long distance. The Rattlers also converted 71.4 percent of its free throw attempts (10-of-14), FAMU’s highest conversion percentage since Dec. 9 against Oregon.

The 47 points that Florida A&M surrendered against NCCU was the least amount of points the Rattlers have given up since defeating Delaware State 60-47 on Jan. 21, 2019.