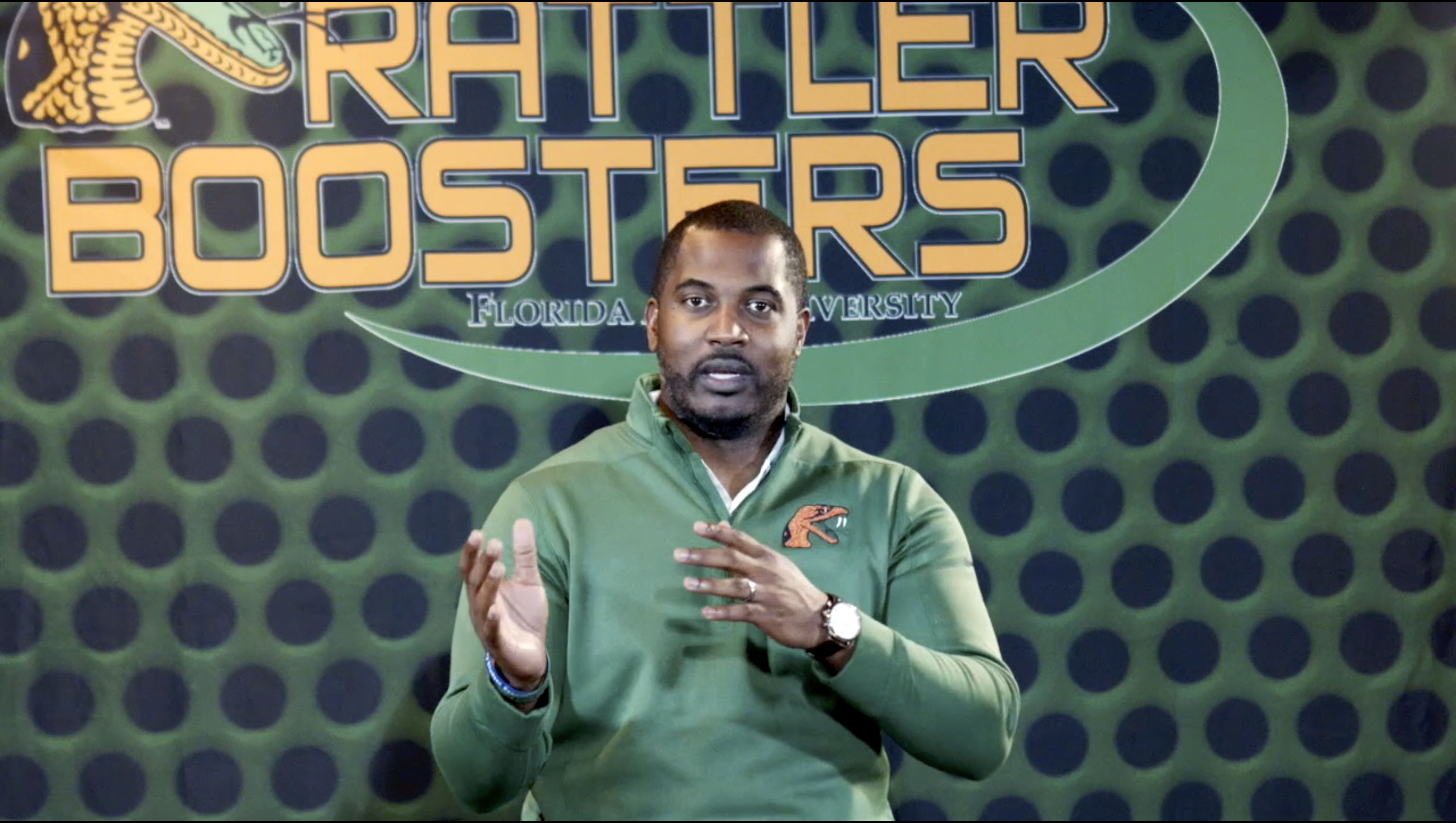 Willie Simmons didn’t ask for raise to stay at FAMU

Simmons was more concerned about his coaching staff.

TALLAHASSEE–Less than a week before National Signing Day there was serious speculation that Willie Simmons might leave Florida A&M University after being courted by the South Carolina Gamecocks.

This unexpected twist came as FAMU’s highly-rated recruiting class was making their final preps to commit to FAMU, but had to at least pause to evaluate the rumors.  Simmons ultimately would stay, but not before a whirlwind of speculation.  South Carolina was persuing Simmons to take over as its running backs coach, and readily available information revealed it could be a significant pay raise for Simmons.

In the end, however, the Rattlers signed a very strong class and Willie Simmons stayed. The program added two solid three-star players from Miami Northwestern in the final hours.

The week was not without its emotion though.  FAMU fans would applaud Simmons’ decision to remain at FAMU, but did so with caution.

One fan asked, “Why is this going so long?  Is he holding us hostage for another job?”  Posts of this nature popped up between the ones of elation that Simmons was staying in place to lead the Rattlers.

Now we are starting to fill in some of the gaps involved in the brief but strong courtship. Sources familiar with the situation, who requested anonymity, have confirmed that Simmons did not ask for a pay raise in order to remain at FAMU.  He did, however, meet with the university to request improvements to his football staff.  He requested that some positions that had gone unfilled be filled as he needed a full staff to be successful.  Simmons was rewarded with an extension, but at the same rate he had initially negotiated at FAMU of $300,000 per year.

Sitting out the 2020 season was tough for the Rattlers as the core of the team remained intact from the 2019 squad.  The biggest loss was the graduation of the 2019 MEAC Player of the Year Ryan Stanley. However, Simmons has a bevy of quarterbacks available in camp.

In a Rattler Boosters broadcast on Feb. 6 on YouTube, Simmons was comfortable talking about his current players and signing class. He never once talked about his own situation.  It appeared that Simmons is looking forward to coaching again in the SWAC. FAMU opens the 2021 season on Sept 5, 2021, against the Jackson State Tigers. The game is a revitalization of the Orange Blossom Classic in Miami.

The University of South Carolina eventually hired Montario Hardesty as its runnings back coach. A former player at Tennessee, Hardesty coached in the CIAA at Chowan University and in the MEAC at Norfolk State University.

Willie Simmons didn’t ask for raise to stay at FAMU