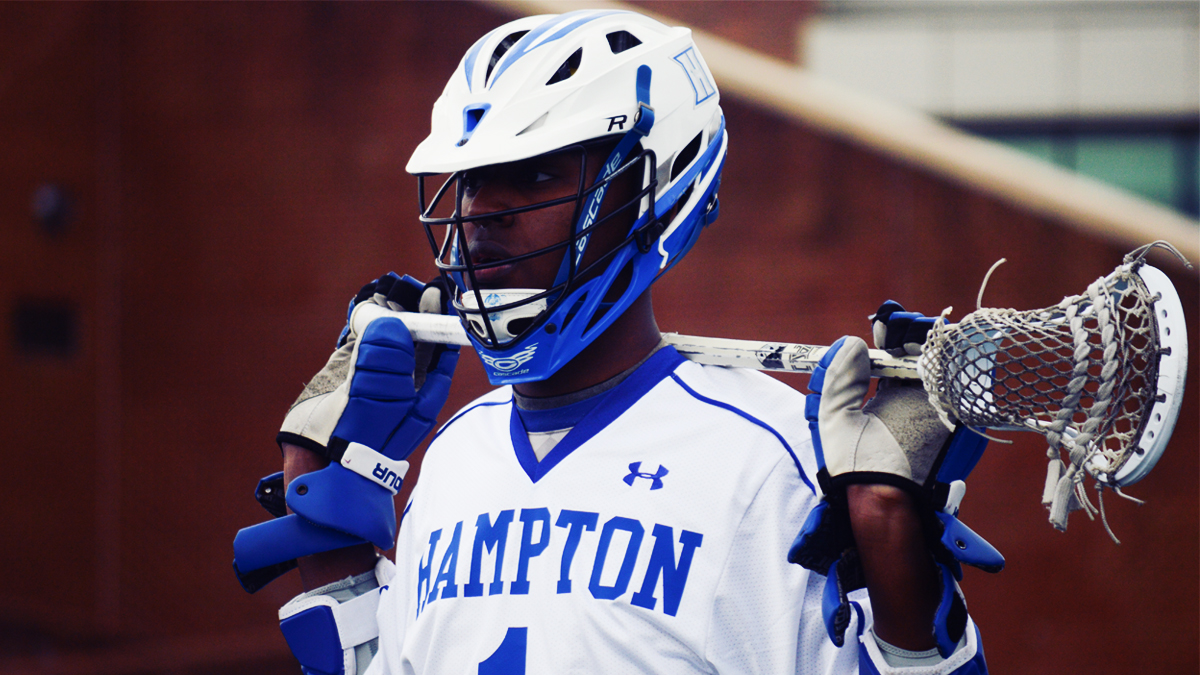 Hampton University has a conference home after playing independently since starting back in 2016.

Hampton becomes the first men’s HBCU program to join the Southern Conference (SoCon), as Delaware State has been an associate member for women’s lacrosse since 2017-18.

“For our men’s lacrosse program to be accepted into a prestigious league such as the Southern Conference is a special day for Hampton University athletics,” said Hampton University President Dr. William R. Harvey. “To be aligned with these strong institutions will be beneficial to the future growth of not only our program, but HBCU lacrosse, as well.”

The Pirates have been an independent team since its varsity launch in 2016, but they’ve faced several SoCon foes in its brief history.  The Pirates faced in-state SoCon member VMI from 2016-19 and was scheduled to play the Keydets in 2020 before the season was canceled in March due to the coronavirus. Hampton took on former SoCon program Furman as well in 2019 and faced four SoCon squads in 2020 before the season was canceled, playing Furman, Bellarmine, Mercer and Jacksonville in order.

“We look forward to our new configuration with Southern Conference men’s lacrosse,” SoCon Commissioner Jim Schaus said. “This alignment provides a strong competitiveness and concise geography for travel. We welcome new member Hampton, who will be an excellent addition to the SoCon.”

First-year Hampton head coach Chazz Woodson is looking forward to leading the Pirates into the SoCon in 2022.  “What an exciting time to be a part of the Hampton University lacrosse family,” Woodson said. “I certainly appreciate the time and energy that our Athletic Director, Mr. (Eugene) Marshall, has poured into making this happen. The efforts of the previous players and coaches past who have helped to create the foundation for the program are also due their credit. If not for them, we would not be celebrating this particular milestone in the program’s evolution. ”

“Additionally, this does not happen without the vision and blessing of our President, Dr. Harvey. Since the beginning, he has been fully supportive of Hampton lacrosse and we are happy that this is taking place on his watch, under his tenure,” Woodson added.

In 2022, the Southern Conference will have High Point University, Jacksonville University, Mercer University, the University of Richmond and Virginia Military Institute, along with Hampton, as men’s lacrosse members with an automatic qualifying bid for the tournament winner to the NCAA Championships.

The 2015 season was the first for Southern Conference men’s lacrosse, and since then, the league has made its mark on the collegiate lacrosse landscape, with Air Force, High Point and Richmond appearing in the national rankings over the last several years. SoCon student-athletes have earned USILA All-America honors 13 times, while three SoCon players appeared on the final 2020 watch list for the Tewaaraton Award. The SoCon has produced at least one Major League Lacrosse draft pick each year since 2015, with a SoCon-record five drafted in 2019. In total, the SoCon has produced 18 MLL draft picks, seven National Lacrosse League draft picks and two Premier Lacrosse League draft picks.

“Without question, having a conference home is essential to the growth of any collegiate program, so for us, this moment cannot be overstated,” Woodson said. “We look forward to competing in the SoCon with such an established and quality group of programs. I believe the SoCon is both geographically and competitively right where we need to be. This will certainly have a positive impact on our ability to recruit top talent, and as a team, this helps us to be a bit more purposeful and intentional as we look toward competing next year. I can’t wait. Our team can’t wait.”