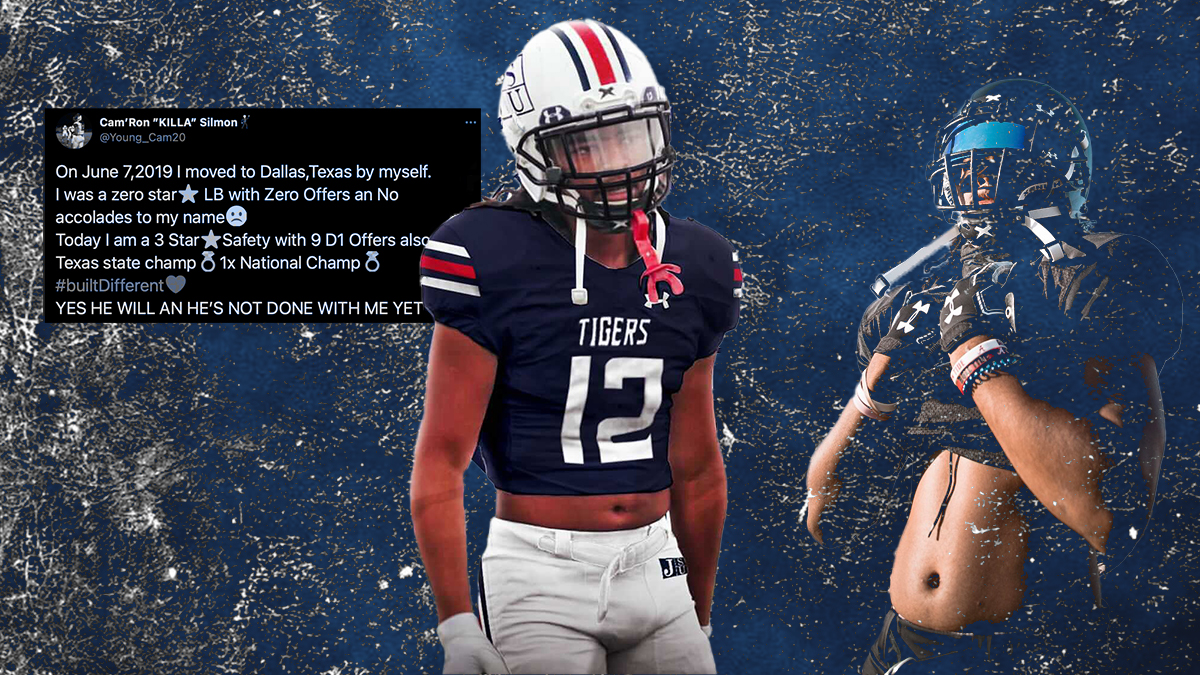 Jackson State picked up commitments from two players from Trinity High School, where Deion Sanders used to coach and Sheduer was the QB.

Jackson State is picking off players from colleges in Florida like Deion Sanders used to pick off passes.

Jackson State received a commitment from safety Cam’Ron Silmon just before the official start of National Signing Day. The Trinity Christian High School star originally committed to Florida Atlantic University. But he announced last month that he was re-opening his search and now he’s headed to JSU.

Stop us if that sounds familiar. Silmon played high school ball with Sheduer Sanders and like the quarterback had committed to play for Willie Taggart at Florida Atlantic University. The pair actually committed together last June. After he flipped, Sanders admitted he’d be trying to recruit his friend to JSU. Apparently, it worked and Silmon will be taking his talents to Jackson, Mississippi.

Silmon started high school in his native Birmingham before making his way to Trinity Christian in Dallas. At the time he was a linebacker with no stars. Fast-forward two years later he has two championship rings as he prepares to move on to Jackson State.

Silmon wasn’t the only former Trinity star to commit to JSU on Tuesday. Wide receiver Kobe Paul played for Deion Sanders when he was an offensive coordinator for the school. Now he’ll be playing for the Hall of Fame as a head coach.

Silmon had six other offers: five of them from FBS schools like Illinois State and Marshall and one from another HBCU in Tennessee State. He becomes the 11th three-star or better player in Jackson State’s 2021 high school signing class. That includes De’Juan Warren, a four-star recruit who spent one season at Lackawanna Junior College.

Overall, JSU has locked in the top five high school commitments coming into HBCUs for high school this year. Not a bad start for Deion Sanders and Co.