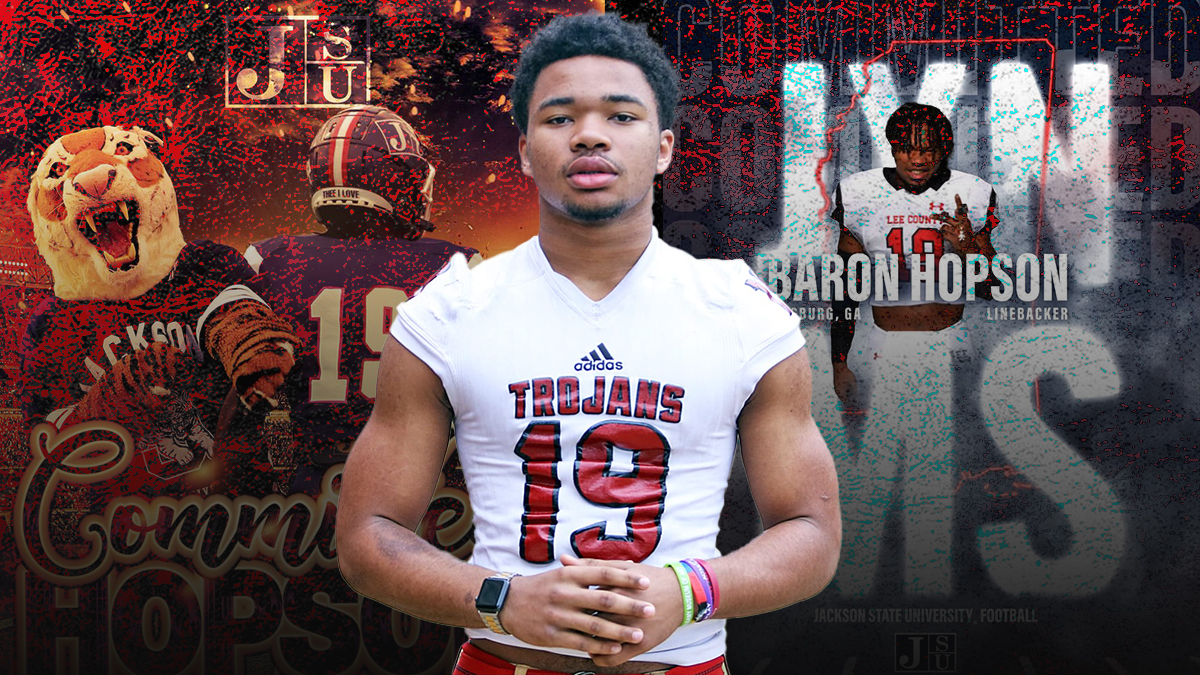 Jackson State picked up a commitment from a Georgia linebacker that is gifted both athletically and academically.

Baron Hopson, a star linebacker and a gifted academic student from Leesburg, GA announced he will be taken his talents to JSU. He made his announcement via Twitter.

“Thank you to every teammate who has lined up with me and mushed me to beget. Thank you to all the coaches who have recruited me over the past four years. Without all of you, this day would have never come. With that being said, for the next four years, I will be studying and playing football at Jackson State University. I am ready to be a part of something legendary. Coach Prime and Coach Hart, I’m ready to work. Let’s rock out.”

Hopson is listed at 5’10, 220 pounds. He had more than a dozen FBS offers, including schools from Power Five conferences like Duke, Pittsburg, Georgia Tech, Nebraska and Michigan. He’s the fifth high school three-star commit for Jackson State, but the first at linebacker.

Hopson was a starter on a state championship team in 2017, so he knows something about winning. He also knows how to hit the books, as he held an above 4.4 grade point average and was ranked sixth in his class of over 400. He comes from a family that stresses academics as his siblings attended Yale and Duke.

“Baron’s a very, very rare kid, one of the first of four-year starters here, and a starter as a freshman on a phenomenal team,” Lee head coach Dean Fabrizio told the Albany Herald.  “He’s starting his 58th game (in the finals). He’s a tremendous student as well. He has tremendously high character. He’s just one of those kids if you ask for the definition of a student-athlete, you put him there for that. He’s a leader in the classroom, a leader in the hallways and a leader on the field. He’s one of the toughest kids I’ve ever coached.”

Deion Sanders has talked about producing pros, not only on the football field but also in the classroom and community. Hopson definitely fits that mold.

After signing on Wednesday, Hopson talked to reporters about why he chose JSU over the Power Five schools that wanted his talent.

“First of all, you got Deion Sanders coaching, one of the most legendary players to ever play in the NFL,” he said. “It’s all about building a different culture and making sure that everyone knows that you got just as good a chance to make it in the league from an HBCU as you do from a Power Five school.”