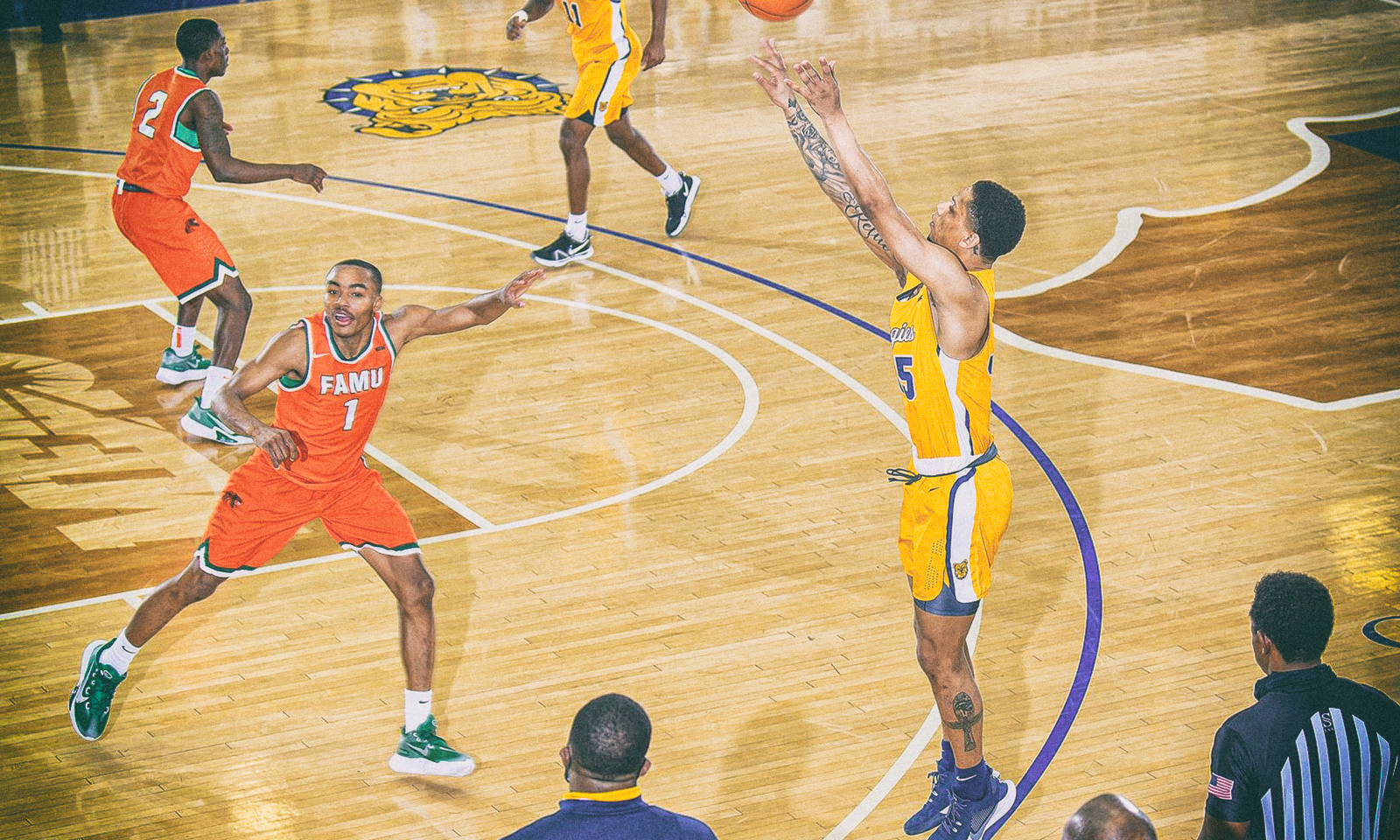 On Sunday, FAMU’s lead ballooned to as much as 24 in the first half. Despite that, the Aggies (8-9, 4-0 MEAC) fought back and held a slim 64-59 lead, with just under two minutes to play. The Rattlers (2-8, 1-2 MEAC) made three-straight free throws to pull within a possession before freshman guard Jalen Speer hit a clutch 3-pointer to put FAMU out front by one, 65-64, with 30 seconds remaining.

N.C. A&T’s comeback effort would not go in vain, however. Senior guard Kameron Langley dished out yet another career assists; this one went to junior guard Blake Harris, who knocked down a cold-blooded, game-winning 3-pointer with under 10 seconds remaining.

“We’ve been talking about it all year with this team – toughness and the ability to fight,” said N.C. A&T coach Will Jones. “Fight, fight, fight, fight. I think we realize that we’re a strong team. We have to trust each other during the game.”

Langley finished with a team-high 13 points and 10 assists for his 17th career double-double. He also shot 3-for-3 from beyond the arc, the sixth time he has made multiple 3-pointers in a game and the most he has made in a single game. Harris turned in 10 points to go with three rebounds.

It was a different script in the first half. The Aggies were out of rhythm and turning the ball over at will with 15 in the first 20 minutes. The Rattlers scored 17 points off those mishaps. N.C. A&T’s turnover issues only permitted them to take 20 shots in the first half. FAMU also had six second-chance points and 14 fast break points.

“They just hit us in the mouth,” said Jones. “They didn’t do anything that we didn’t know they were going to do; we just didn’t come out with the intensity level that we needed to have. We didn’t share the ball the way we needed to share. We didn’t move as fast as we needed to move, and they were able to create some momentum and get a 20-point lead on us.”

N.C. A&T will be back home next weekend to take on S.C. State, Feb. 6-7, at 4 p.m. The Aggies have already defeated the Bulldogs twice on the road earlier this year.