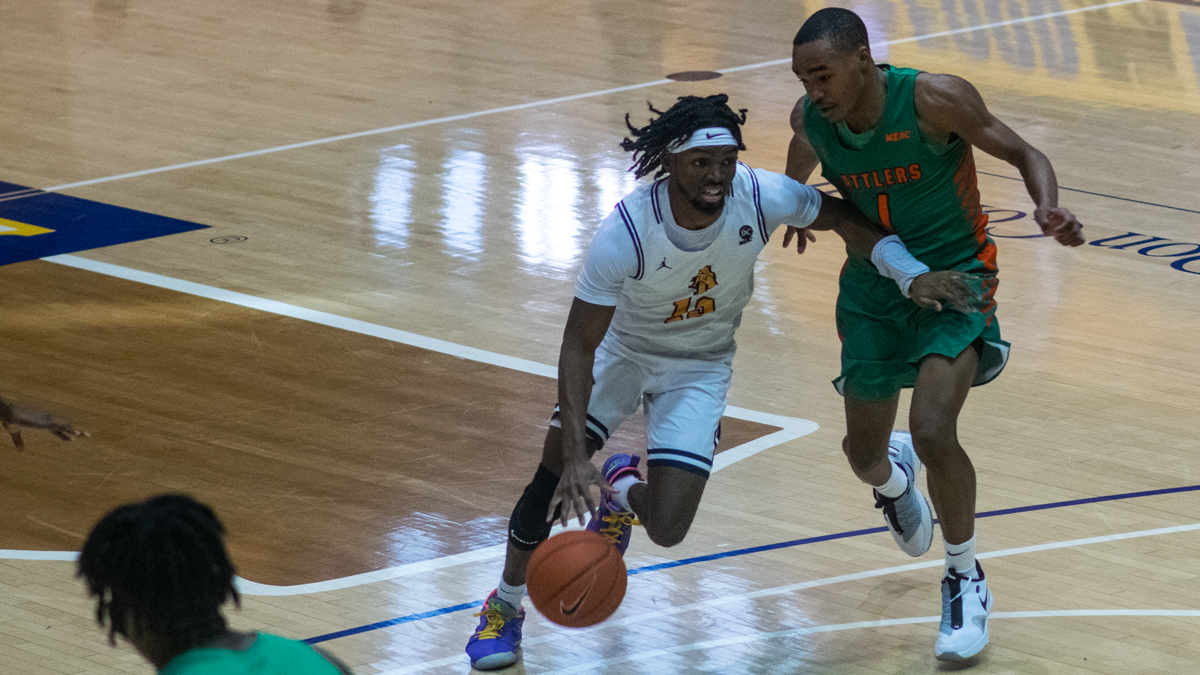 North Carolina A&T put together a solid shooting night, thanks largely to several alley-oops, to top FAMU in first of back-to-back.

A&T put together a solid shooting performance from both long-range and the paint to come away with a 70-58 win over FAMU. The win was the fourth in a row for A&T, who is now 3-0 in MEAC play.

Kameron Langley led the way for A&T with a 15-point, 10-assist, three-steal performance that showed why he was the MEAC’s Preseason Player of The Year.

FAMU forged ahead with a seven-point lead with 12:36 to go in the first, before going cold from the field. It hit just nine of its 28 first half field goal attempts, while A&T worked through getting back into an offensive groove. A&T led 35-22 at halftime.

Things only got worse for the Rattlers as the Aggies shot 50 percent from the field. Many of those points came on alley-oops which the Aggies seemed to be able to come up with at will.

Four Aggies finished with double-figures in scoring. Tyrone Lyons put up 11 points and 11 rebounds, while Blake Harris and Kwe Parker finished with 11 and 10 points, respectively. All 11 players for the Aggies scored at least one point. It was a solid performance for a team that had not played since Jan. 14 and only once since starting MEAC play with back-to-back wins on Jan. 2 and Jan. 3 at South Carolina State.

FAMU who just 33 percent from the game. Galen Speer had an efficient 17-point night on 5-for-9 shooting. MJ Randolph added 12 points, but shot just 4-for-19 for the game. It had not played a game since Jan. 10 when it beat South Carolina State in Tallahassee.

The two teams will turn around and do it again on Sunday. The game tips off at 4 PM EST.