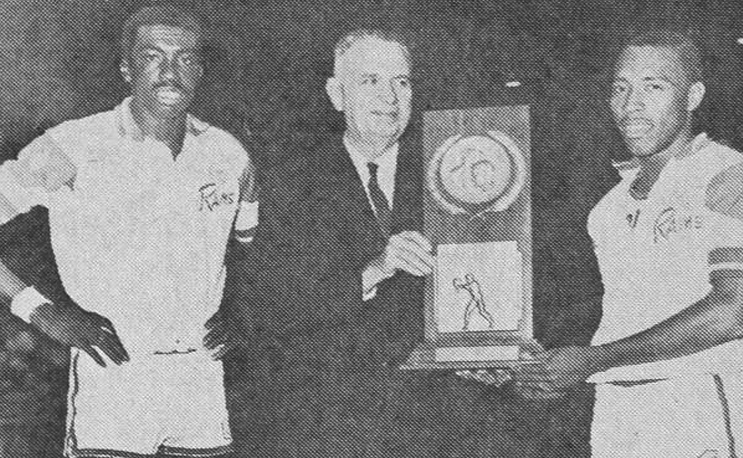 More than 50 years after winning the 1967 NCAA College Division Championship, CBS Sports is documenting the achievement.

More than 50 years after leading Winston-Salem State to a historic title, Earl “The Pearl” Monroe and his teammates will get the national spotlight again.

CBS Sports Network will air a new documentary on Thursday, Feb. 11 (7:00 PM, ET), Big House, The Pearl & The Triumph of Winston-Salem State, highlighting Monroe and voiced by NBA All-Star and Winston-Salem native Chris Paul, along with a special We Need to Talk With interview on Sunday, Jan. 31 (2:00 PM, ET) with the former Super Bowl-winning quarterback Williams. Additionally, the network will produce animated and regular-footage vignettes featuring Black athletes from over the past century.

“It is imperative that we at CBS Sports, and as an industry, work towards a more diverse and inclusive landscape,” said Harold Bryant, Executive Producer and Executive Vice President, CBS Sports.

“Telling these stories of Black athletes is incredibly important, and we are proud that many of our Black employees have the opportunity to lead these productions. These vignettes written, produced and edited by Black CBS Sports employees continue that necessary mission of utilizing our resources in front of and behind the camera to push for more diversity and inclusion.”

In a time of intense racial turmoil, a star from Philadelphia descended upon a North Carolina teachers college, Winston-Salem State. Earl “The Pearl” Monroe was so spectacular that the Rams had to move from their tiny campus gym to the Winston-Salem Memorial Coliseum so thousands of more fans could see him play. As a senior in 1966-67, “The Pearl” averaged 41.5 points per game and helped Winston-Salem State become the first HBCU to win an NCAA championship in any sport (Div. II). In the process, Monroe helped ease racial tensions in the still-segregated Winston-Salem by bringing everyone together to marvel, collectively, at his greatness.