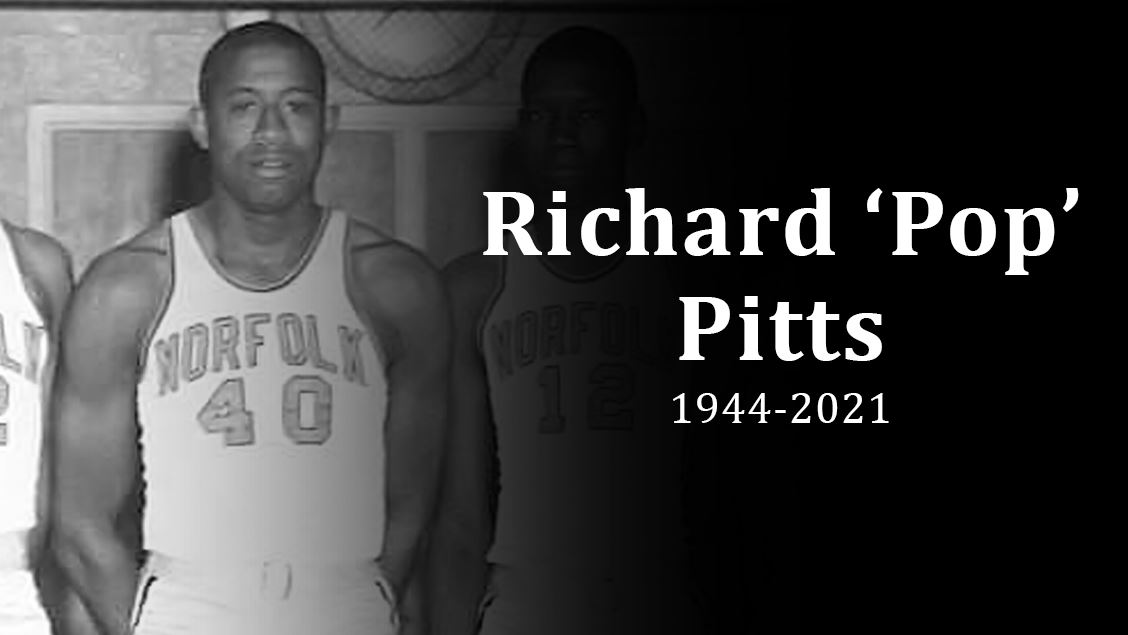 Richard Pitts was one of Norfolk State basketball’s first stars as it climbed the CIAA basketball ladder in the 1960s.

NORFOLK, Va. – The Norfolk State Athletics Department mourns the loss of former men’s basketball great and NSU Athletics Hall of Famer Richard Pitts, AKA “Pops.” He passed away on Jan. 9. A Newport News, Virginia native, he ranks as one of NSU’s all-time greats following a stellar career in the 1960s.

He was a two-time All-CIAA performer in 1965 and ’66 during his junior and senior seasons, respectively. Pitts was also a three-time CIAA All-Tournament Team honoree from 1964-66, leading the program to its first-ever CIAA title and an NCAA Division II Tournament appearance in 1965. He led NSU to the NAIA National Tournament semifinals in 1966.

Pitts was inducted into the NSU Athletics Hall of Fame in 1988, at the time the second men’s basketball player to receive that honor.

Following a career that spanned from 1962-66, he still ranks seventh all-time at NSU in career scoring with 1,883 points as well as second in rebounds with 1,235. He averaged 22 points and 14 rebounds per game for his career, including 25.8 points and 14.3 rebounds as a senior and 25.3 points and 14.1 rebounds during his junior year.