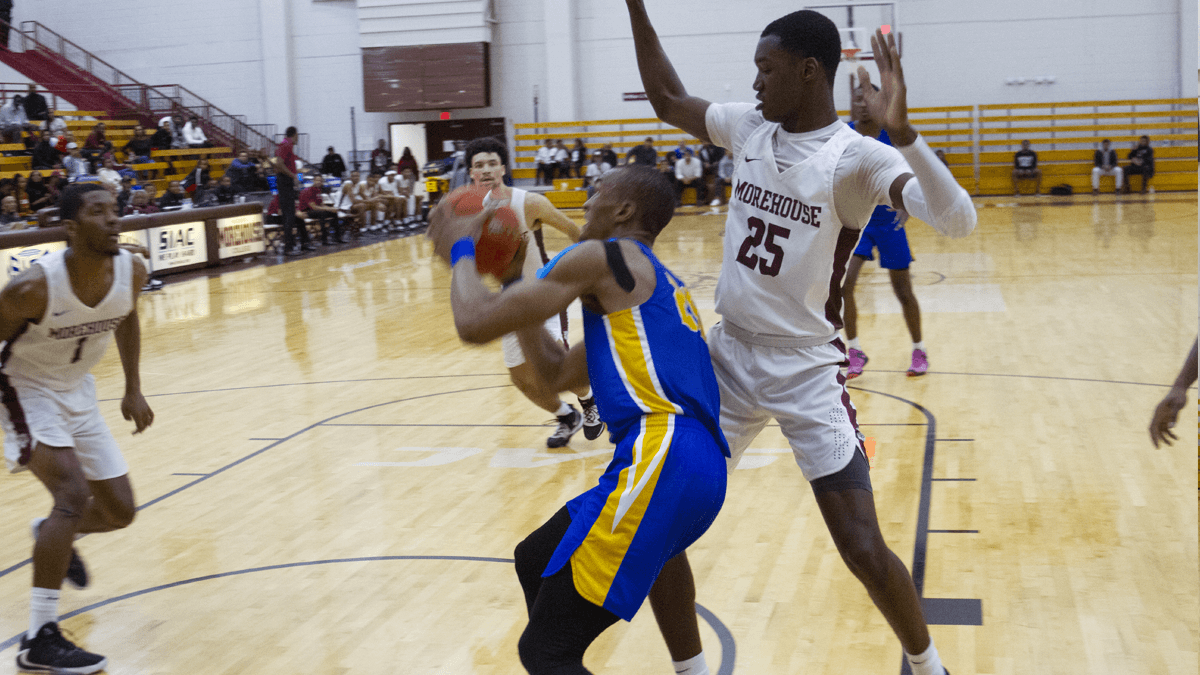 The loss for Clark Atlanta (11-14, 11-6 SIAC) ends a four-game winning streak and leaves the Panthers just percentage points behind Albany State (14-11, 11-5 SIAC) in the SIAC East Division race. Albany State is in first with a .688 conference winning percentage while CAU is in second with a .647 mark. Albany State has also beaten CAU twice this season.

Albany State has three regular season conference games remaining while CAU ends their regular season with two games on the road – at Savannah State and at Fort Valley State.

Monday, Albany State jumped out early, getting out to an 18-6 lead after a Napoleon Harris jumper with 12:56 left in the first half.  The Panthers got back into nine minutes later, pulling to within a basket after Tyler Singleton’s 3-pointer made it 23-21 with 3:48 left before the break.

After the lead remained at two – 28-26 – at halftime, Albany State outscored CAU 19-7 over the first eight minutes of the second half to get out to a 47-33 lead.  Clark Atlanta went on a run of their own over the next four minutes, cutting the lead to four at 52-48 after Shannon Smith’s 3-pointer with 7:55 remaining.

Five minutes later, the Panthers took their first lead after Romaine Thomas’ 3-pointer made it 59-57 with 2:24 left.  It stayed close as Thomas was fouled with 23 seconds left.  He hit two free throws to tie the game at 61-61.

Singleton got a steal with three seconds left and was fouled by ASU’s Mario Young.  Singleton missed the first free throw but nailed the second to put Clark Atlanta up 62-61.

After a time out, ASU’s Randy McClure took a lob pass and laid it in as time ran out and gave Albany State the win.

CAU out-rebounded Albany State 36-24 but turned the ball over 18 times and shot only 37 percent from the field.  The CAU defense did force 17 Albany State turnovers, resulting in 20 points.

Mario Young and Randy McClure both led the Golden Rams with 16 points each respectively.