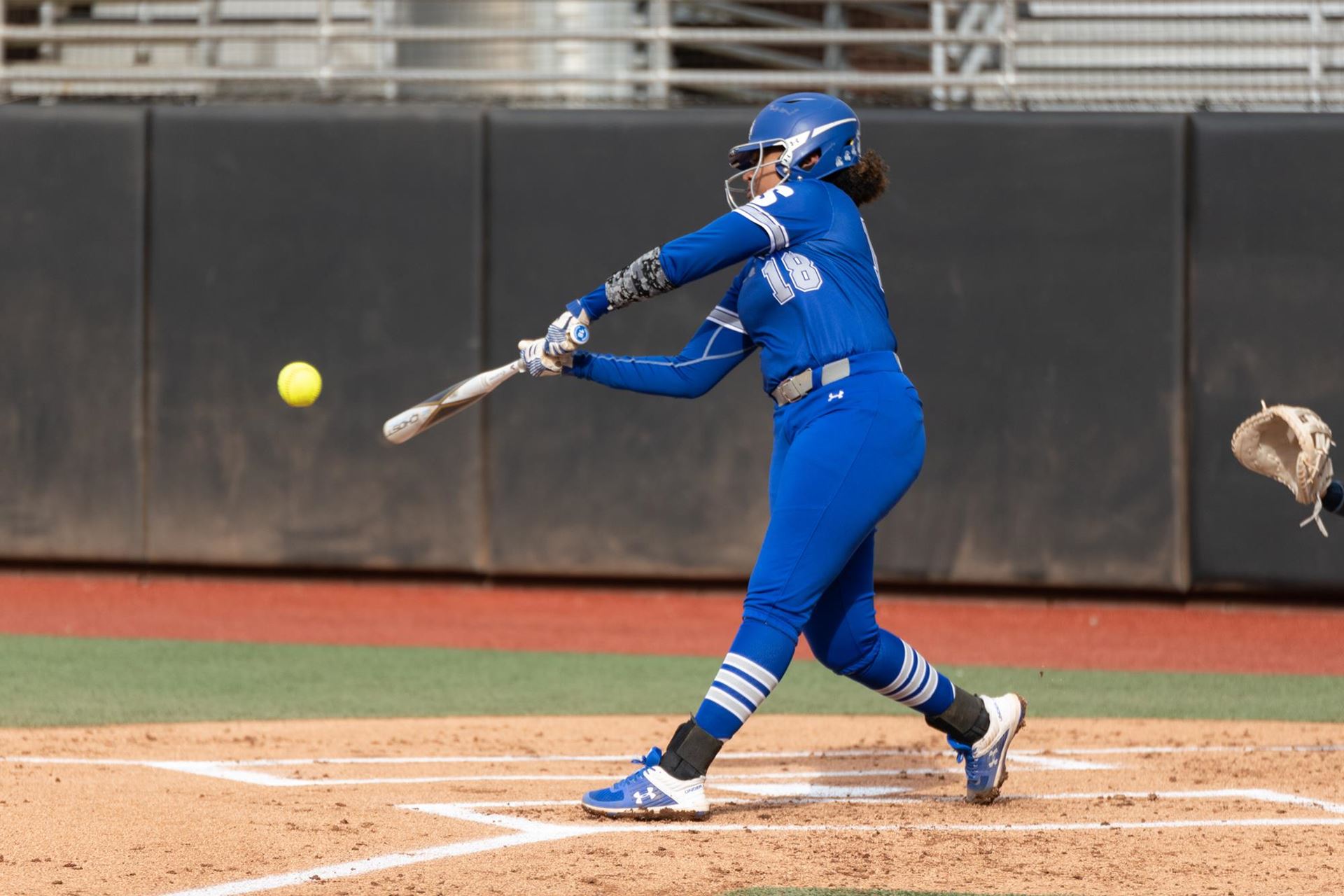 The Lady Pirates earned their third straight softball win on Sunday morning with a come-from-behind victory over DePaul.

GREENVILLE, N.C. – Kiaya Jeusi went 3-for-4 with two doubles and scored the winning run in the bottom of the seventh as Hampton came back to defeat DePaul 8-7 in the final day of the Pirate Clash.

She started the inning with a single and advanced to third with one out on a bunt attempt by Lexi Lomax resulted in an errant throw by the pitcher.  Janae Lyles followed with s shot up the middle that the shortstop’s throw home was late allowing Jeusi to score the winning run.

After giving up a run in the first, Hampton tied it in the home half of the inning as Jacki Gonzalez started with a single and advanced on a bunt by Skylar Chavez.  Tiera Washington followed with a single to left to even the game at one.
DePaul pushed two across in the top of the second but Hampton responded with two.  Brianna Anderson started with a double and scored on a two-out double by Mo’ne Davis.  After a walk to Gonzalez, Chavez plated Davis with a single for a 3-3 score.
The Blue Demons took a 6-3 lead after a three-run top of the third on a two-run single by Poulcha who scored on a single by Young.
Hampton started the comeback with a run in the fourth as Lyles started with a double to center.  Pinch-runner Kennedi Bedell moved to third on a flyout by Davis and scored on a single by Gonzalez.
DePaul pushed the lead to 7-4 on a solo home run by Poulcha in the fifthm but Hampton put up three in its half of the inning to tie the game.  Washington was hit by a pitch and pinch-runner Casey Walker went to second on a single by Emily Kepple.
Ynediah Kilby ran for Kepple and scored along with Walker on a two-run double by Jeusi.  She advanced to third on a sac bunt by Lomax and scored on a Lyles groundout to tie the game 7-all.

Jeusi was 3-for-4 with two doubles, two runs scored and two RBIs to lead the Lady Pirates.
Gonzalez and Washington were 2-for-3, while Lyles drove in a pair along with Jeusi.
Noelle Doan came in relief of starter Emily Workman and earned her fourth win on the year and third of the weekend.  She threw the last four innings allowing only one run and striking out three.

Hampton will play its first home games of the season starting on Friday with the Pirate Classic starting with Hartford at noon and Youngstown State at 2 pm.
For more information on Hampton University softball, please contact the Office of Sports Information at 757-727-5757 or visit the official Pirates website at www.hamptonpirates.com.