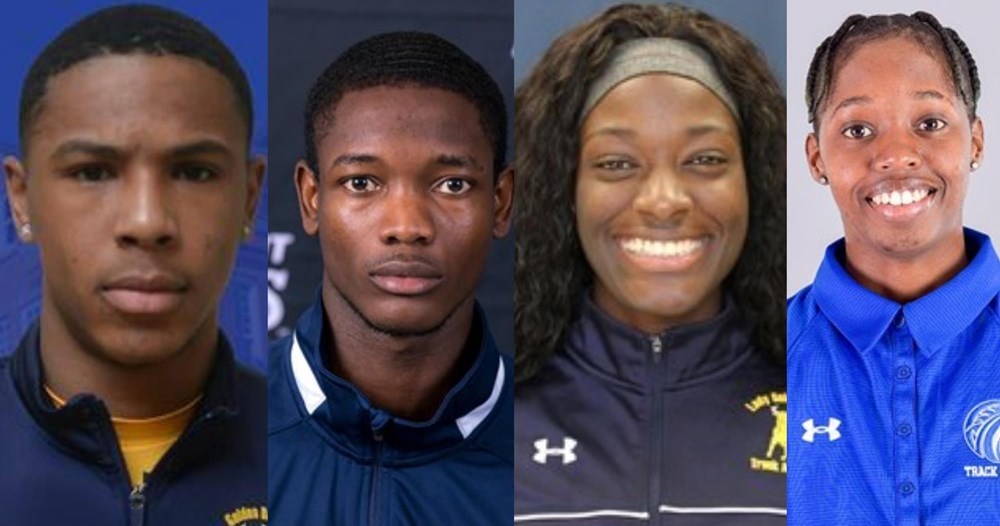 CIAA Track and Field Athletes of the Year announced

Brooks was one of the top sprinters in the country this indoor. She currently has the sixth-fastest time in all of Division II in the 200 meters this indoor season with a CIAA-best time of 24.31 and ranks among the top 11 nationally in the 60 meters with a time of 7.55, which was second-fastest in the conference in the regular season. The Nassau, Bahamas native is also a part of the FSU 4×400 relay team that has Division II’s 11th fastest time and the second-best time in the CIAA this season at 3:47.43. Brooks is a NCAA Division II provisional qualifying times in all three aforementioned events this season.

Marcelle is an NCAA automatic qualifier and top three performer nationally in the 200 meters with a CIAA-best time of 21.18 as well as a provisional qualifier in the 400 meters with a time of 47.59, second-fastest in the CIAA and seventh-best nationally this indoor season. The Greenville, Grenada native is also a member of both SAU 4×400 relay teams that have the top two fastest times in Division II this season at 3:09.17 and 3:10.34.

In his first year of competition, Wilkins is the CIAA’s top performer and top five nationally in the long jump with a mark of 7.55m. The Spartanburg, SC native is also fifth in the CIAA in the triple jump with a mark of 13.47m while ranking among league leaders in the 60 meters as well.

CIAA Track and Field Athletes of the Year announced