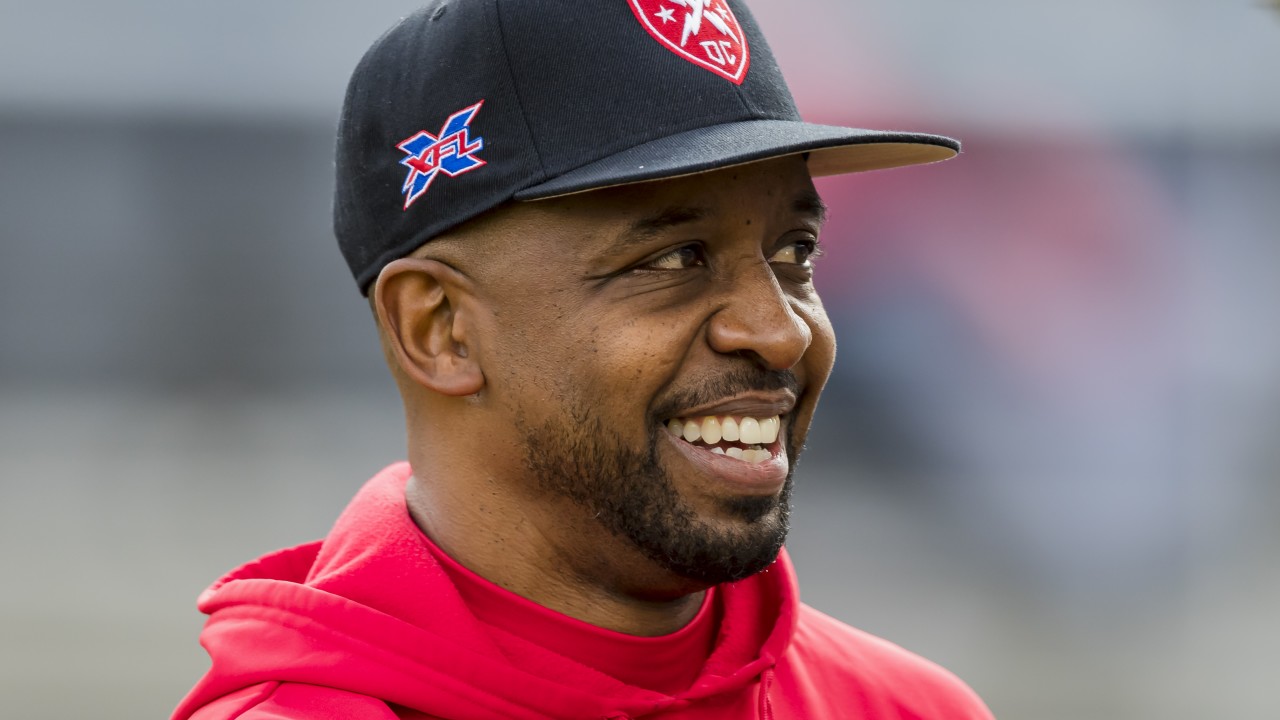 The D.C Defenders kicked off their season with a 31-19 victory and provided an atmosphere that the DMV has missed for a while: good football.

SW Washington, D.C– Over 17,000 people attended Audi Field on Saturday afternoon to support the XFL’s rebirth and the DMV’s newest team: The DC Defenders. The team, though new, already had roots in the area before opening day. Less than five miles away from their new home lies Howard University. Defenders head coach and general manager Pep Hamilton is one of three HU alumni employed by the Defenders and ignited his professional career with the Bison.

The Defenders welcomed their thrilling crowd with a 31-19 victory over the visiting Seattle Dragons. The victory was multifaceted, as it was historic and exciting for everyone involved. Moreover, Coach Hamilton’s squad surged a thrill of professional football through the area that had been absent for a while.

Fans were undoubtedly ready to embrace the team. On theme with the #DefendTheDMV social media campaign, everyone uniformly wielded a foam shield with the team logo. Stands filled with local red gear spanning from the Defenders’ new merch, to Nationals, Capitals, and Wizards shirts. Fans met the Defenders with a roar of applause anytime they took the field and periodically ignited a robust “DC!” chant. The stage was set for some great football.

“I thought our fans were outstanding, I thought it was a great atmosphere,” Hamilton said when reflecting on what he learned. “I mean, the energy was great and our players–they fed off the energy.”

The Defenders indeed matched the energy and provided a showcase of all three phases. They found the end zone with a blocked punt, followed by two deep passes and wrapped it up with a pick-six. Their first offensive touchdown was an impressive double-reverse flea flicker to tight end Khari Lee, hailing from nearby Bowie State.

Professional football has always been a DMV passion, but lost its luster in the last few years. Most local NFL fans affiliated with the Washington Redskins have been in a melancholic state due to non-stop organizational issues. Fans stopped showing up to games and some stopped watching altogether as a result.

The aforementioned Defenders’ victory was more than just a tally in the win column. They’re offering a breath of fresh air to local football fanatics. Hamilton can use his D.C homecoming to spearhead a movement in the direction of the XFL’s slogan: “for the love of football.” He is fully aware of this opportunity and plans to take full advantage by providing great football to the fans.

“You know, I think you had a good sense of, just based on the energy in the stadium, that we all love football,” he said post-game. “We all love football…we’re dying to have an opportunity to come together and enjoy something that’s been a favorite pastime for us for quite some time.”

“DC is a great sports town” he added with a light chuckle. “The energy was great, and I anticipate that we’ll execute offensively, defensively, and on special teams better than we did… we want to give them a reason to come back out and support our football team.”