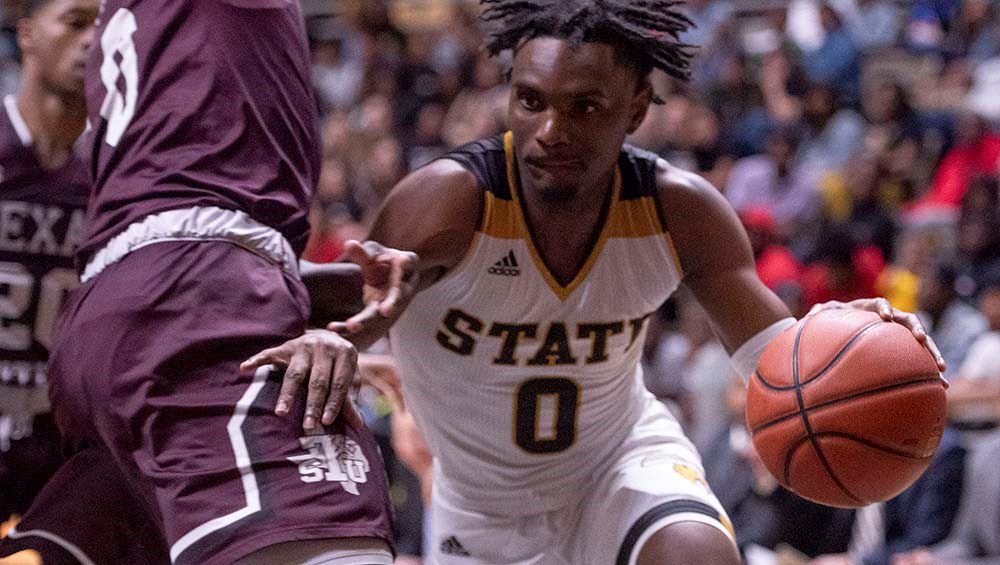 They also pulled to within three games of the conference leaders at the official midway point of the season. The Hornets used a 16-5 run over a span of 5:51 in the first half to pull ahead 28-15 after Texas Southern connected on a field goal with 11:04 to play in the half. After Texas Southern was able to close the gap, Alabama State again went on a run to take a 37-28 lead.

Texas Southern scored the first point in the second half, but it was the Hornets who went on a 16-4 run over a span of 4:08 to start the half to push the lead to 53-33. From there, it was all Hornets as they pushed the lead to as many as 27 with 1:11 to play in the contest. Leon Daniels and Tobi Ewuosho led three Alabama State players in double figures with 13 points each, with Daniels adding seven rebounds and Ewuosho eight in the win. Daniels also finished with five assists. Meanwhile, AJ Farrar came off the bench to add 11 points and nine rebounds, while Decardo Day added seven points and eight rebounds.

Meanwhile, Texas Southern was led by Yahuza Rasas and Eden Ewing with 11 points each. The Tigers finished the night shooting just 29.8 (17-of-57) percent from the floor and 15.8 (3-of-19) percent from beyond the arc.

Alabama State returns to action Saturday on the road against Mississippi Valley State, with tip set for 5 pm. The game will be carried on the Hornet Sports Network.