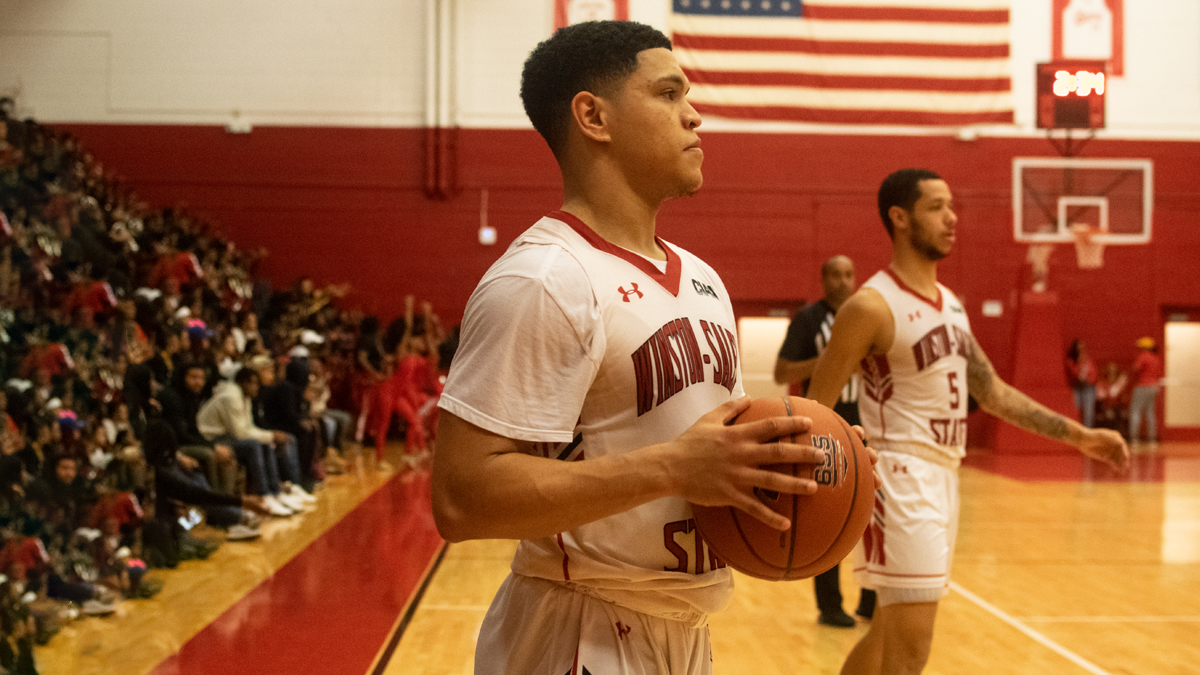 Robert Colon is having a big senior season and Winston-Salem State basketball is a CIAA contender for the first time in his career.

Every time he steps into C.E. Gaines Center, Winston-Salem State senior Rob Colon is reminded of the greatness that has come before him. And he’s determined to leave his mark as well.

“I look up at all the names (in the rafters) and I’m just seeing all the history,” Colon said. “I’m just glad to be a part of it.”

Thursday night Colon and his WSSU teammates definitely put their mark on the CIAA South with an impressive 83-63 win over rival Johnson C. Smith.

The senior from Jacksonville put up 31 points in the win, which put some distance between the two schools as the road to the CIAA Tournament inches closer.

JCSU was short-handed in the fight as leading scorer Cayse Minor was out with an injury. Nenad Milenkovic was the visitors only scorer in double-figures. He finished with 11.

Colon’s big night started with a 3-pointer that put him in eighth place on WSSU’s all-time scoring list, which includes five 2,000 point scorers. It was a night to remember for a player that has experienced many forgettable games over his career wearing red-and-white.

The Rams and their star don’t have much time for reflection, though. Saturday WSSU will hit Highway 52 and get on I-85 to take on Livingstone, its closest CIAA rival.

The two teams are very familiar with each other, as are their star senior guards. Colon and Livingstone’s Roger Ray were AAU teammates as teenagers before becoming CIAA rivals. The pair are two of the top scorers in the CIAA and are both capable of big games at any time.

“It’s like playing against my brother. It’s a hostile environment,” Colon said. “I went up there when they played Johnson C. Smith to scout both teams, and they was hostile, and I’m not even playing.”