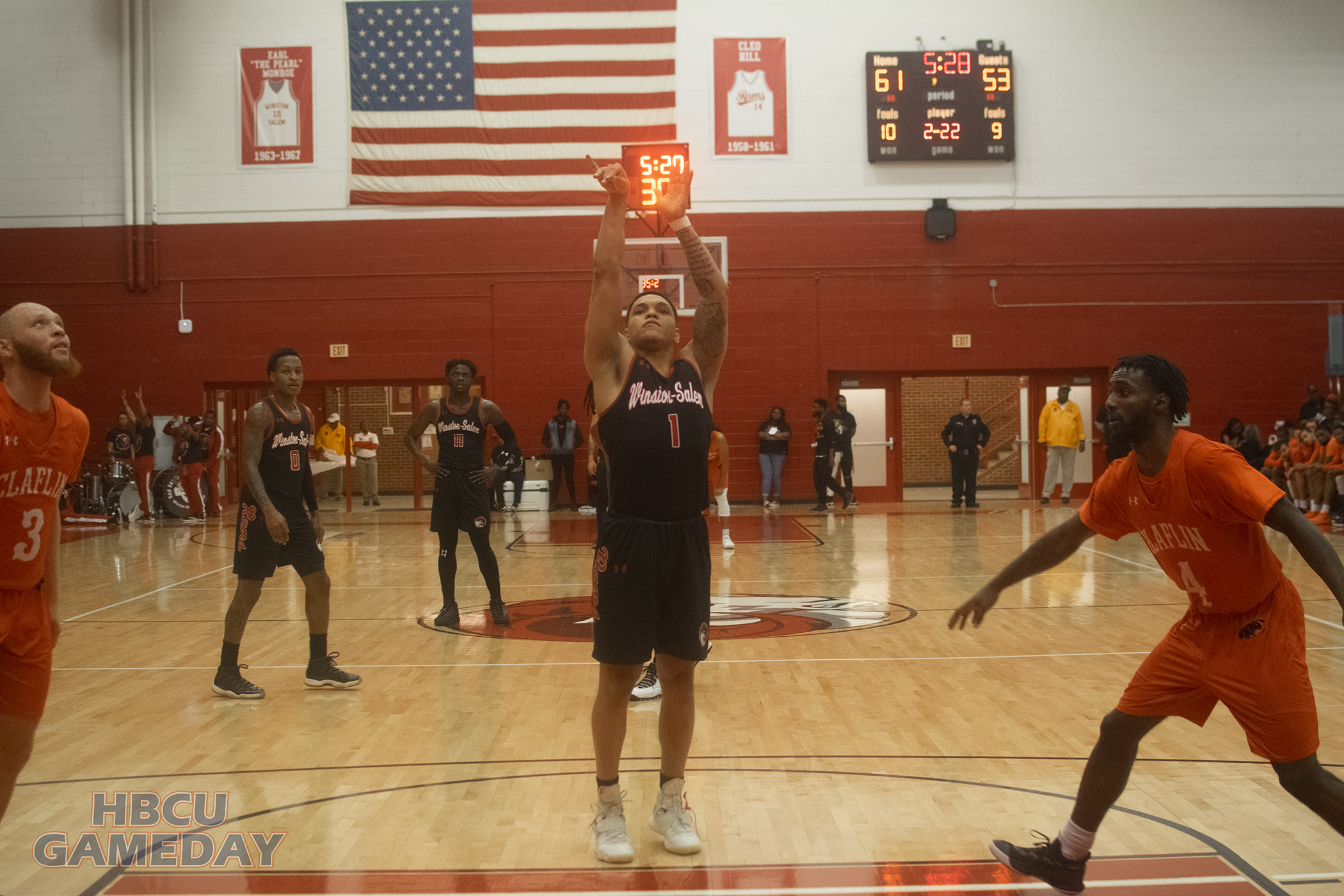 Winston-Salem State maintains first place in the CIAA South with a comeback win over Claflin.

Winston-Salem State took its fans on a roller-coaster ride for the second time in a week at home, but Monday it came up with a more favorable result.

WSSU managed to rally from a double-digit deficit and hold off a late Claflin run for a 68-66 win in the C. E. Gaines Center. The win improved WSSU to 6-2 in the CIAA, keeping it in sole possession of the top spot in the Southern Division.

Jaylen Alston led the way for the Rams with 25 points on 8-for-10 shooting and senior guard Robert Colon added 13 points, including the game-clinching free throws.

Claflin led by as many as eight in the first half and went into the locker room up 27-22 at halftime. It stretched the lead to 11 as late as 13:32 remaining in the second half before WSSU woke up.