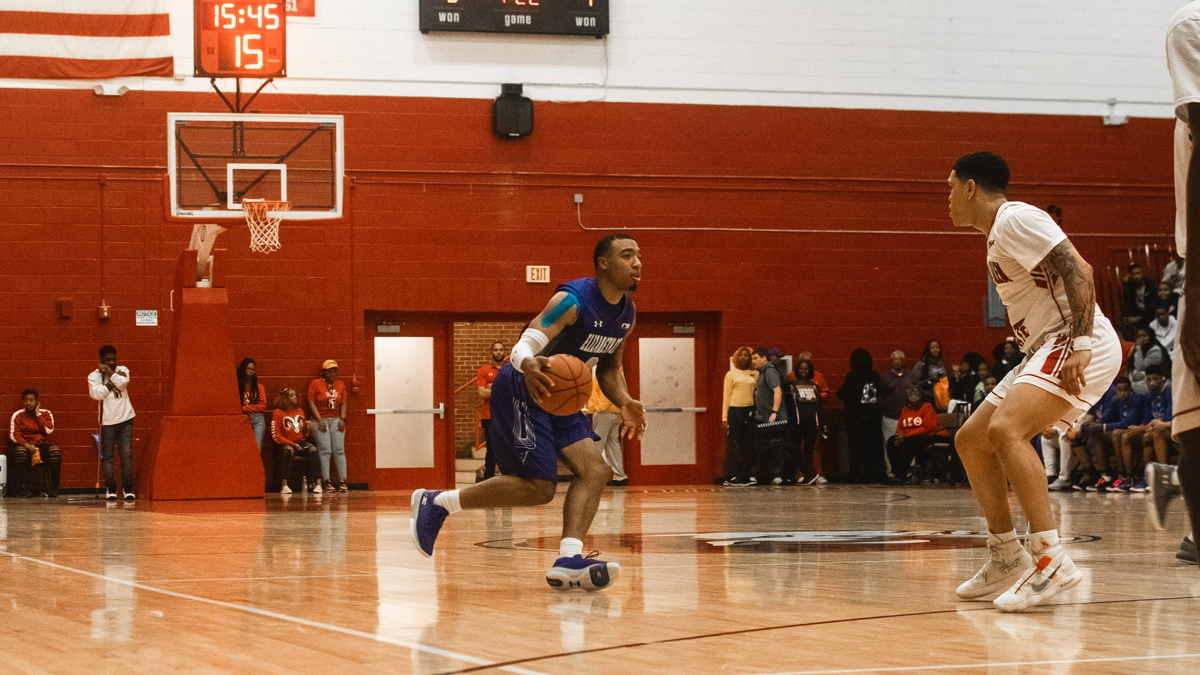 Elizabeth City State hung around and left Winston-Salem with a one-point win.

WINSTON-SALEM, NC– It went down to the wire but in the end Elizabeth City State managed to escape C.E. Gaines Center with a win for the fourth season in a row.

A late layup by by Justin Faison put ECSU up with just seconds remaining and Rob Colon’s attempted game-winner fell short as ECSU came up with a 69-68 win over Winston-Salem State.

The game was designated a non-CIAA contest.

Joseph Allen led a balanced ECSU scoring attack with 15 points and 12 rebounds and Shykeif Daniels came off the bench for 14 big points. Zach Hobbs added 12 points and Faison finished with 11, including the game-winner.

Both teams shot better than 48 percent for the game, but the Rams turned the ball over 13 times to the Vikings six giveaways and gave up 33 points in the paint to the visitors.

The two teams will meet again on Thursday, this time in a makeup game to a December date that was postponed due to a transportation issue. Thursday’s game will count as a conference matchup.