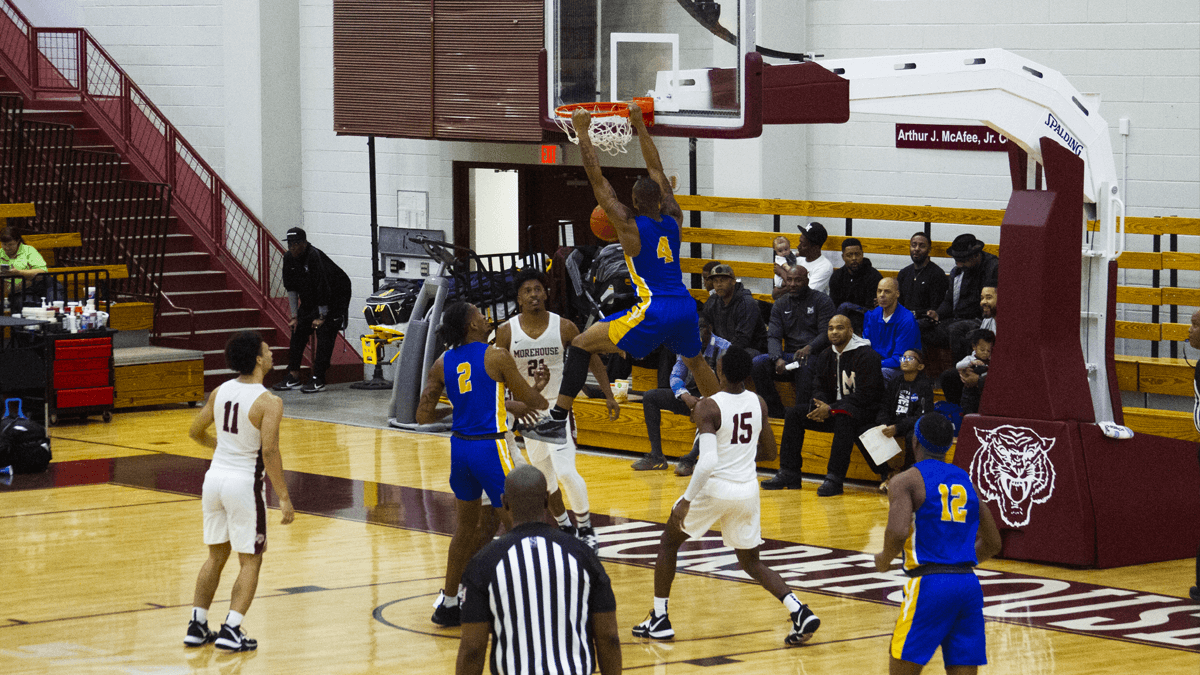 Maroon Tigers drop three in a row to fall below .500

ATLANTA–Albany State came into Atlanta in the same boat as Morehouse College. Both teams were sitting at .500 with the opportunity to go ahead or dip below the Mendoza line. In the last 12 minutes, the game belonged to Albany State (9-8), who took an 80-72 decision over the Maroon Tigers (7-8) on Saturday.

Kairo Whitfield put Morehouse up 54-52 at the 12-minute mark but at that point, Morehouse began to falter. Eight turnovers during that span created multiple opportunities for Albany State to seize upon. Morehouse had a total of 18 turnovers on the afternoon compared to ASU’s eleven.

Over the course of roughly two minutes, Albany State got five points apiece from Joshua Jerome and Kamil Brown to engineer a 10-0 run. Two three-pointers, a dunk, and a layup were enough for the Golden Rams to never trail again.

Randy McClure had a game-high 23 points for Albany State to go along with 13 rebounds. Four of the five starters for Albany State scored in double figures. Kairo Whitfield led Morehouse in scoring with 17 points, Andrew Roberts scored fifteen.