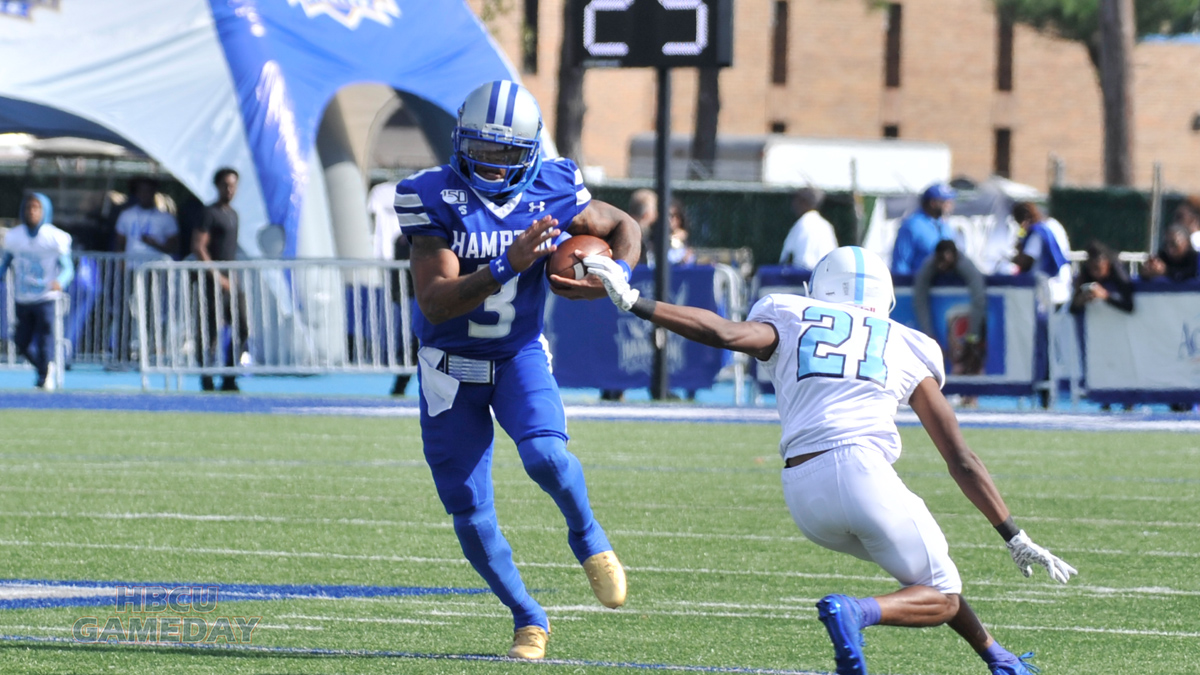 The Deondre Francois Era at Hampton University comes to an end after one season.

Hampton University will be looking for a new quarterback in 2020 as the high-profile one it brought in last year is one his way out.

Deondre Francois has announced his intention to enter the 2020 NFL Draft, forgoing his final year of eligibility. Francois started his career at Florida State before transferring to Hampton last summer.

“Being at Hampton, we had good coaches and a lot of good players,” Francois told the Daily Press. “We had a young team and went through a lot of growing pains, but I feel I left Hampton better than when I came in.”

Francois had a solid year for the HBCU squad from the Big South. He threw for 26 touchdowns and completed 56.8 percent of his passes.

His career got off to a promising start at FSU as he threw for 3,350 yards and 20 scores as a freshman, but his final seasons in Tallahassee were marked by inconsistent play and off-the-field issues.

Francois is already on the post-season All-Star circuit, having played in the College Gridiron Showcase last week and prepping for the Hula Bowl in Hawaii.