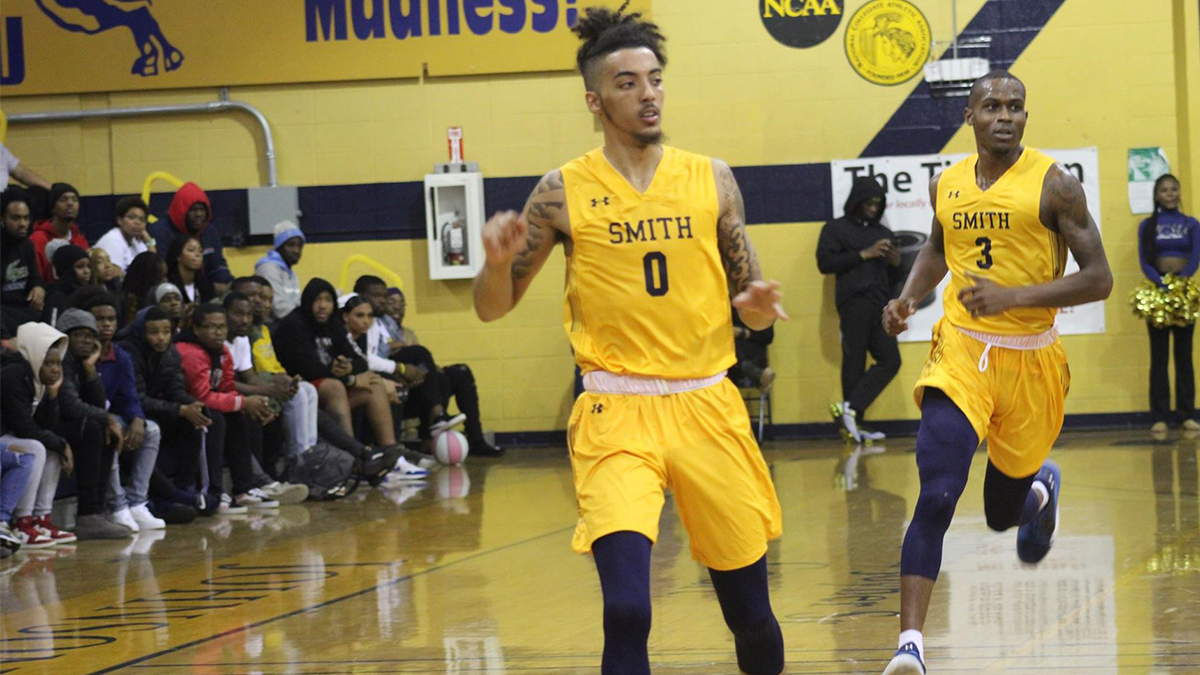 Cayse Minor saves his best for the very last.

Cayse Minor hit a major shot that allowed Johnson C. Smith to steal a pivotal Southern Division game against Fayetteville State in the CIAA. With one second remaining and trailing by two points, Minor got the shot up after a timeout for the 68-67 win.

The Broncos were leading by five points with just over four minutes to play. A large part of that was 18 second-half points by FSU’s Mark Burton.

A steal by Minor and two buckets in the paint by Justice Goodloe helped erase the lead and tie the game at 65 with 31 seconds remaining. The Broncos drained the clock until the final seconds when Raymond Pratt was fouled and hit two free throws with three seconds left.

It was just enough time for Minor to play hero, or since it was on the road, villain, for the walk-off three-pointer. Minor had 13 points in the game, and was one of three Golden Bulls in double figures. Mark Burton had a game-high 26 points for FSU after making five three-pointers on Monday night.

Johnson C. Smith will host Bowie State on Thursday night in Charlotte. Fayetteville has a few days off before hosting Shaw University on Saturday afternoon.