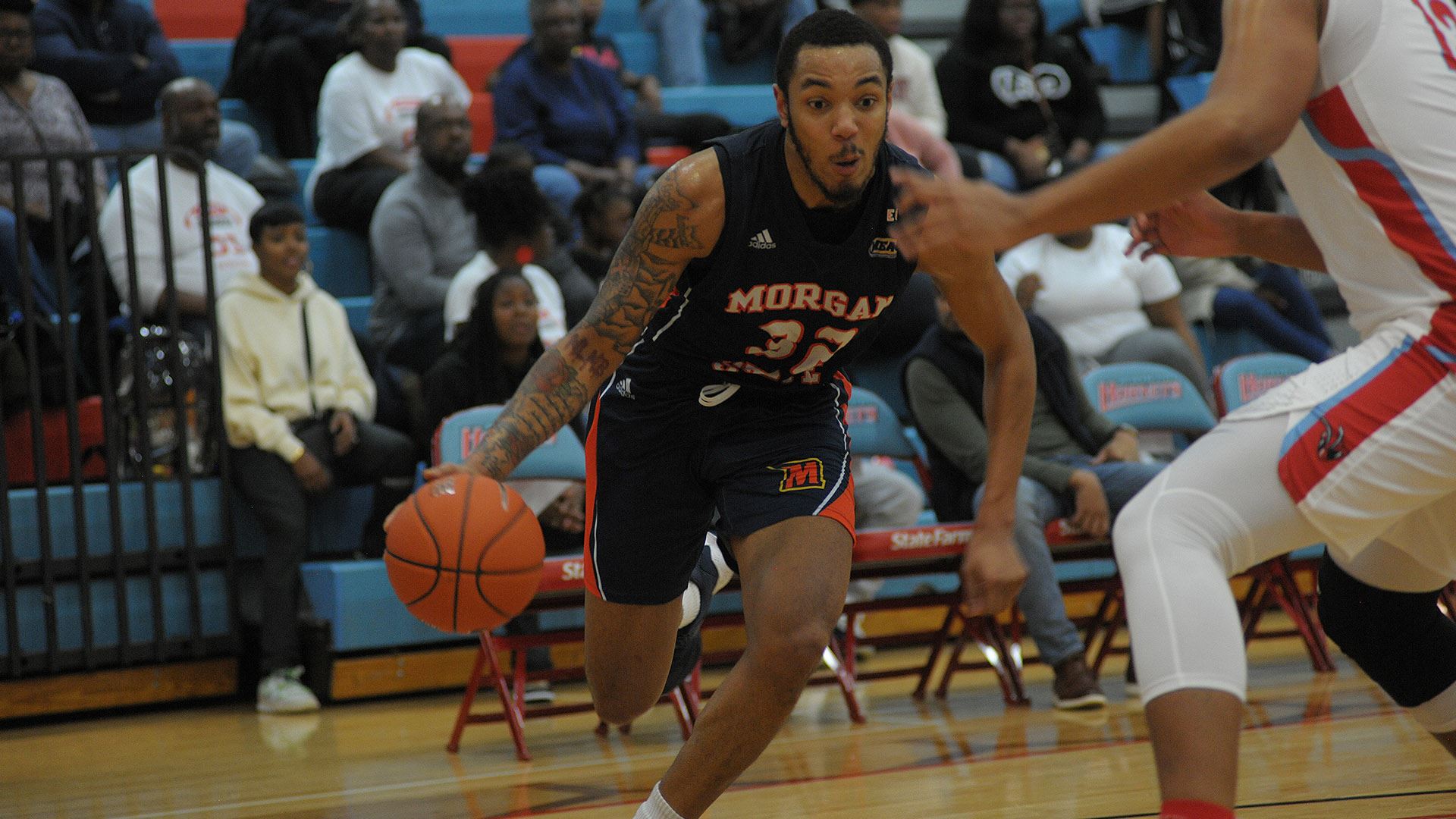 Morgan State (7-9, 1-0) outscored the Hornets 11-2 during a five minute surge during the early going in the second half. Devonish forced a turnover in the backcourt and scored on a layup to give the Bears a 52-44 lead with 12:16 remaining.

The game tightened down the stretch as John Crosby hit a pair of free throws to cut the lead to 62-57 (3:59). However, the Bears increased the lead over the next few possessions.

Burke hit a baseline jumper just before the shot clock, followed by a steal and dunk by Syfax to take a 66-57 lead. Grantsaan added to the run by connecting on his third 3-pointer of the day and finished a breakaway with a two-handed dunk to give the Bears a 71-58 lead. Morgan cruised to the finish.

Crosby started getting hot toward the final minutes and led all scorers with 12 points in the first half. The teams went into the intermission tied at 34 apiece.