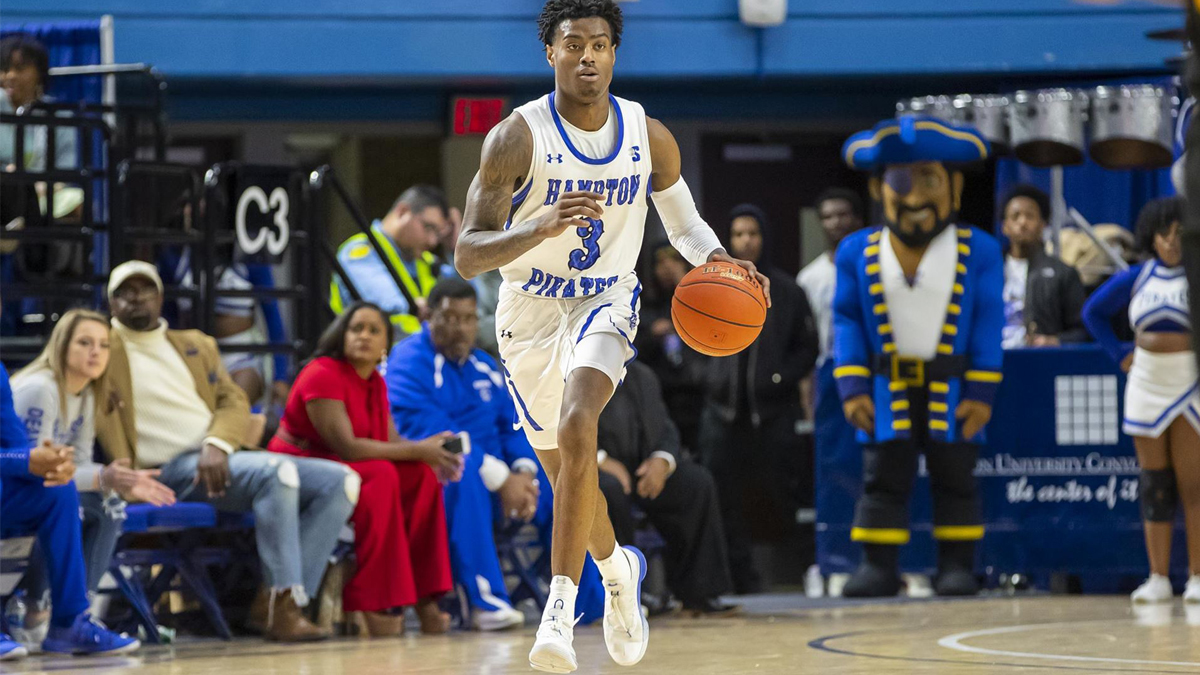 The Hampton men defeated Charleston Southern 92-85 on Saturday night. In a game that saw 10 ties and 16 lead changes, Ben Stanley had 22 points and 13 rebounds to lead all five starters in double figures.

Neither team held more than a four-point lead in the first 12 minutes of the game as a Dontrell Shuler layup put Charleston Southern up 26-25 with nine minutes left in the half.  Hampton went on an 11-0 run over the next 4:35 to lead 36-26 on a Stanley layup with 4:30 left in the half.

The lead remained at 10 points after a 3-pointer from Chris Shelton with 3:50 left to give Hampton a 39-29 advantage, but the Buccaneers scored the next 11 points to lead 40-39 on a 3-point play by Phlandrous Fleming with three seconds left.  A length of the court pass from Greg Heckstall found a wide open Dondre Griffin for a layup to beat the buzzer as Hampton held a 41-40 halftime lead.

Much like the first half, neither team held more than a four-point lead through the first eight minutes of the half.  A pair of Fleming free throws gave the guests its last lead of the night at 61-60 with 12:29 left.  Hampton went on an 18-6 run to lead 78-67 on a triple by Heckstall with 6:48 left.  A putback by Fleming capped a 14-5 run by Charleston Southern as they trailed 83-81 with 99 seconds left.

Hampton hit 7-of-8 from the line in the last 99 seconds, the final four by Griffin as they kept the Buccaneers at bay for the 92-85 win.

Marrow’s 14 assists were the fourth-most in a game in school history and tied for ninth best in the Big South Conference against a conference opponent.  He was one off the school’s Division I mark of 15 by Marseilles Brown against Howard in 2000.

The Hampton women opened the day with a win in their opener as well.