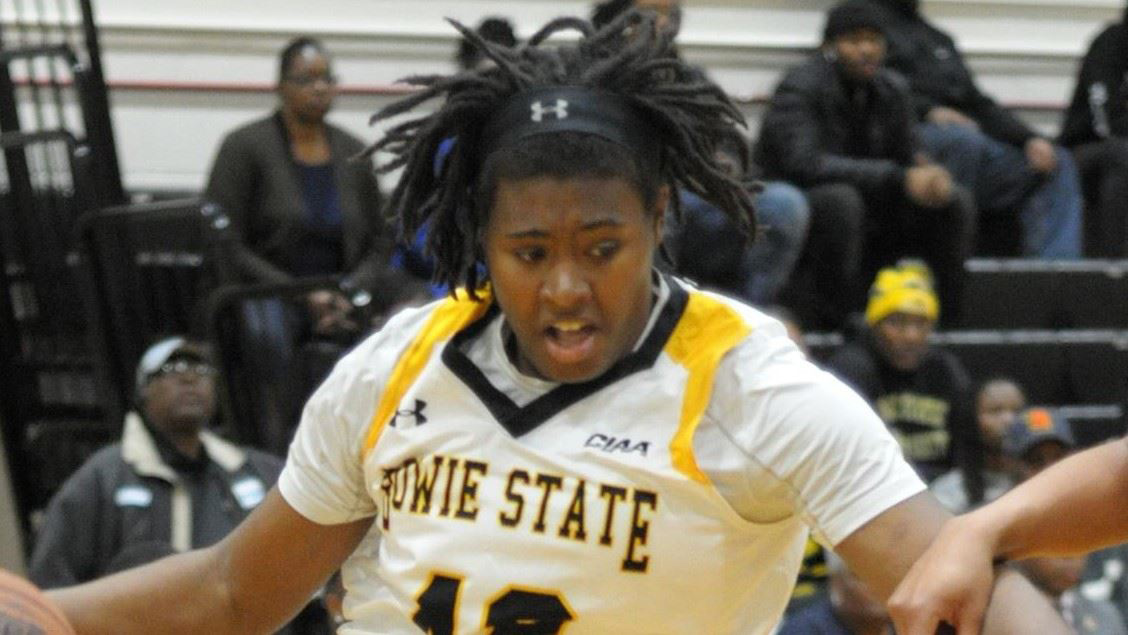 Both teams survive rough quarters for a close finish

The Bowie State women (13-0) overwhelmed Winston-Salem State University (6-8) in the first quarter before being overwhelmed themselves in the third. After a dead even fourth quarter, the Lady Bulldogs did just enough for a 54-48 win over the Lady Rams.

The home victory keeps BSU perfect on the season despite a horrid 27 percent shooting effort, including going 1-15 on three-point attempts.

Bowie State flew out of the gate outscoring WSSU 18-3 in the first period and taking a 33-13 lead into halftime. WSSU came out inspired in the third quarter, outscoring Bowie 19-5 before both teams scored an even 16 in the final quarter.

The stat sheet reveals the key component for BSU’s win, free throws. The Lady Bulldogs were 25-36 from the line, while WSSU managed 10 makes on 16 attempts.

Kyaja Williams led Bowie State with a huge double-double, scoring 16 and pulling down 16 rebounds. Taylor Daniels had a game-high 18 points for WSSU.

This was a designated non-conference game for both teams. Bowie State next plays on Thursday at Johnson C. Smith. WSSU will host Virginia State on Thursday in Winston-Salem.