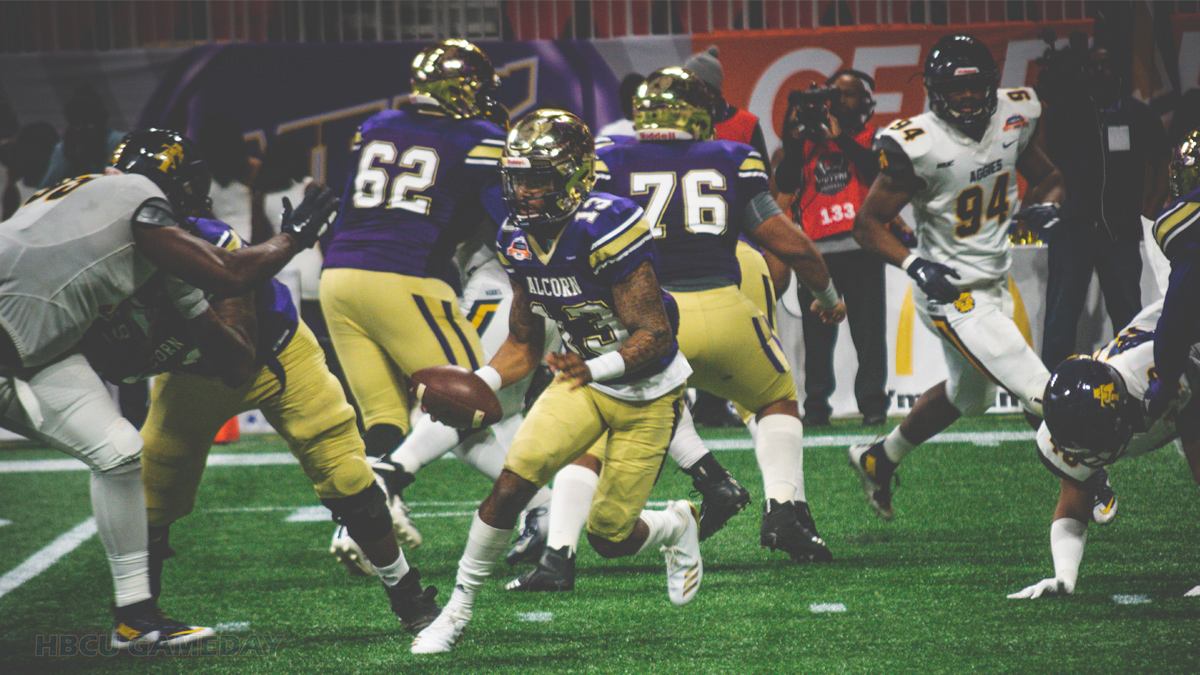 The redshirt senior will seek a hardship waiver from the NCAA

Noah Johnson’s dream of a rematch against North Carolina A&T in the Celebration was derailed after suffering a season-ending injury. Now it appears the 2018 Offensive MVP in the SWAC won’t suit up ever again for Alcorn State.

The redshirt senior quarterback posted to his Twitter account on Sunday his intentions to enter the transfer portal.

“I’m so thankful for the opportunity to have played, studied, and graduated from Alcorn State University. Alcorn will forever hold a special place in my heart. I have learned and grown a tremendous amount both personally and athletically thanks to the Braves’ dedicated coaches and staff. Suffering a season-ending injury early this year was by far one of the lowest points of my athletic career and has given me much time to reflect. After much prayer and discussions with my family, I’ve decided to seek a hardship waiver from the NCAA and have entered my name into the transfer portal to openly explore opportunities. Pending approval I’m forever thankful to my teammates, the Braves A-Club members, and the fans for their genuine support and encouragement during my time at Alcorn,” Johnson wrote in his post.

In 2018 Johnson completed a conference-best 63.4 percent of his passes (168-of-265) and threw for 1,944 yards with 15 touchdowns against eight interceptions.  In his last full season played Johnson had the top passing efficiency in the conference with a rating of 137.7.

Johnson was the fifth leading rusher in the SWAC in 2018 with 813 yards on the ground and seven touchdowns.  He was second in the SWAC in total offensive yards with 2,757.

When Johnson went down this season it finally gave an opportunity for Felix Harper to play. He didn’t disappoint. Harper won SWAC offensive MVP honors this past season. Harper threw for 2,954 yards this season with 33 touchdowns and nine interceptions. Alcorn State lost for the second year in a row to North Carolina A&T in the Celebration Bowl.