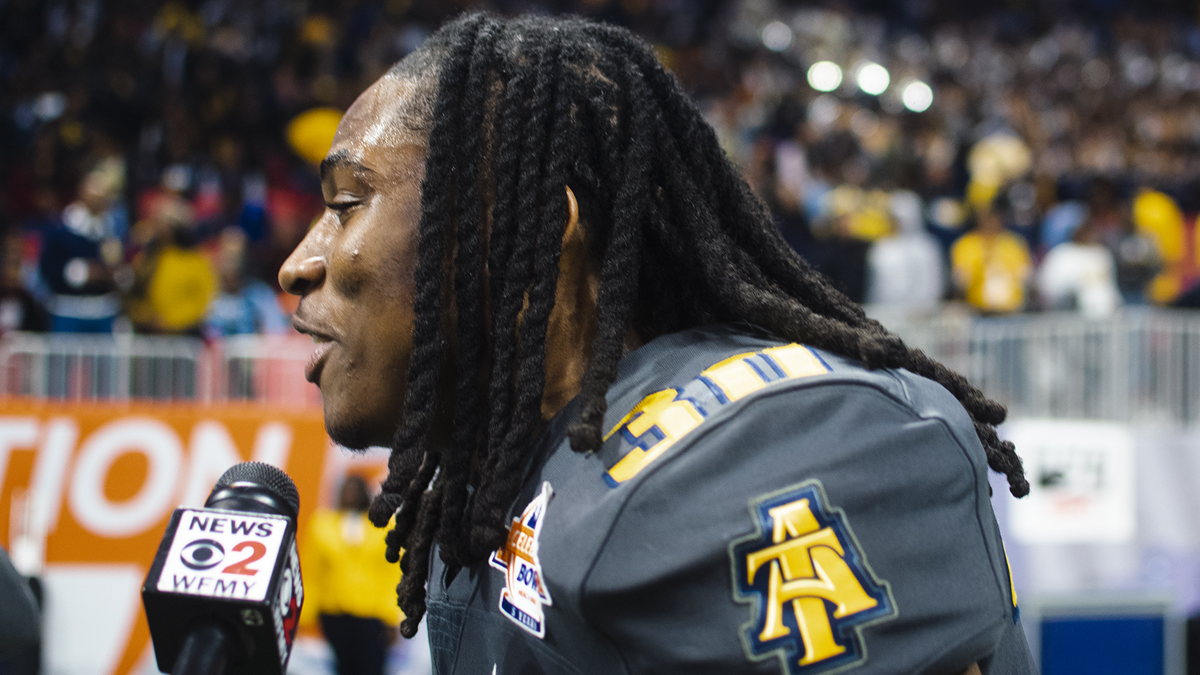 Running back Jah-Maine Martin put to bed rumors that he would forgo his senior season, announcing his intention to play for the blue and gold in 2020.

Martin had a record-breaking year for North Carolina A&T, who won the Celebration Bowl on Saturday and claimed several national titles in the following days. The Coastal Carolina transfer had a monster season, rushing for 1,446 yards and 23 touchdowns as a redshirt junior. The Conway, SC native’s touchdown mark eclipsed that of former A&T great and current Chicago Bears running back Tarik Cohen.

His early departure would not have been unpreceded, however. Last season defensive end Daryl Johnson left following his redshirt junior season and ended up getting drafted by the Buffalo Bills.

Martin’s return means that it will retain several key playmakers from its recent run, including receiver Zach Leslie and several others.