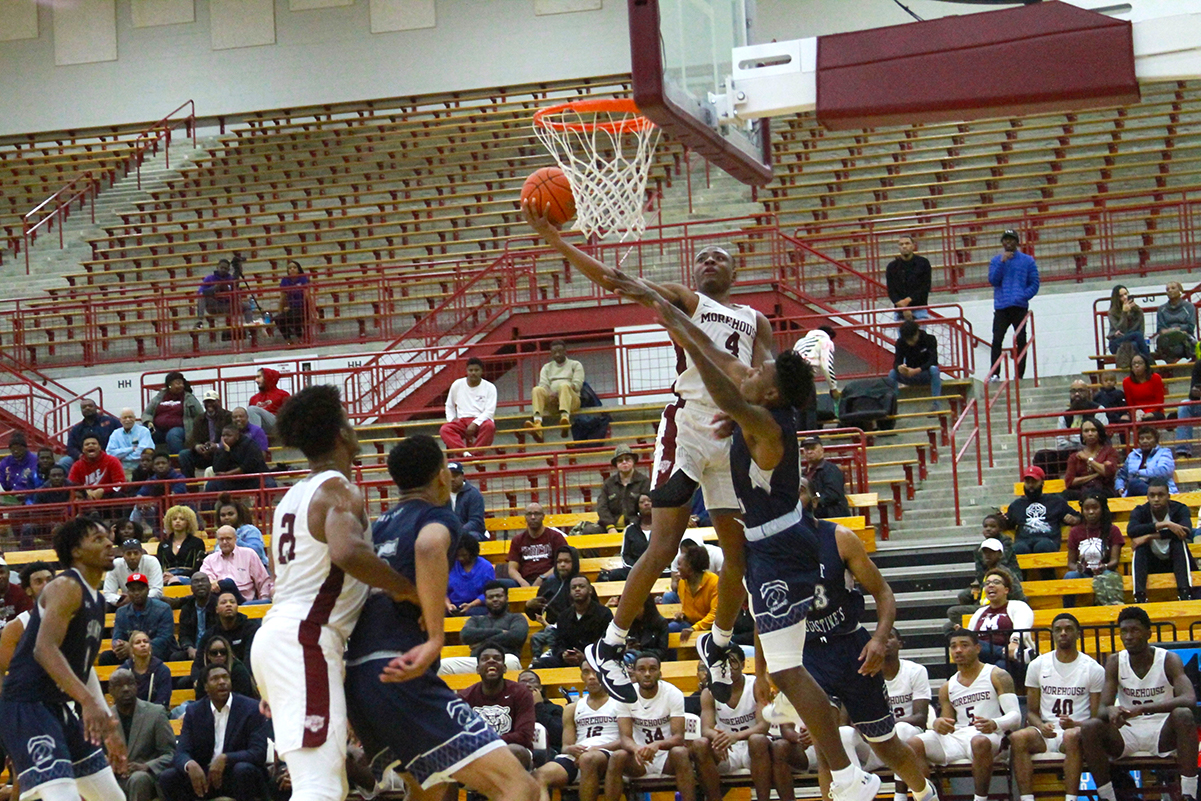 Morehouse gets another shot at the CIAA and takes the split from Raleigh schools.

The Falcons came into Atlanta shooting 46.3 percent on three-pointers, best in the nation for Division II. On Saturday SAU shot an ice-cold 1-22 on three-pointers in the loss. For those wondering that’s 4.5 percent.

Morehouse led at the break with a 29-24 lead. Malik Kennedy led all scorers with 17 points for Morehouse College.

The Falcons made a move halfway through the second half, battling back to tie the game at 41 apiece on a Hirk Williams layup. But Morehouse double upped the Falcons the rest of the way going on a 20-to-10 run. A dunk and an alley-oop layup by Kairo Whitfield helped fuel the momentum during the run to close out the game.

Morehouse is now 1-1 this season versus HBCUs in Raleigh, North Carolina. The Maroon Tigers dropped a game at Shaw University back in November.

Xavier Brewer was the second-leading scorer for Morehouse with 12 points and three rebounds. Saint Augustine’s was led by Marquie Clemonts who had 13 points and Miquel Brown who finished with a double-double 10 points and 13 rebounds.

The Maroon Tigers return to action on Sunday, December 8, for the second day of the Arthur J. McAfee, Jr. Memorial Classic. Morehouse will take on the Georgia College Bobcats in the final day of the round-robin tournament. Tipoff is set for 4 p.m. or 20 minutes following the first classic game of the day. Saint Augustine’s will be in action again taking on LeMoyne-Owen College.