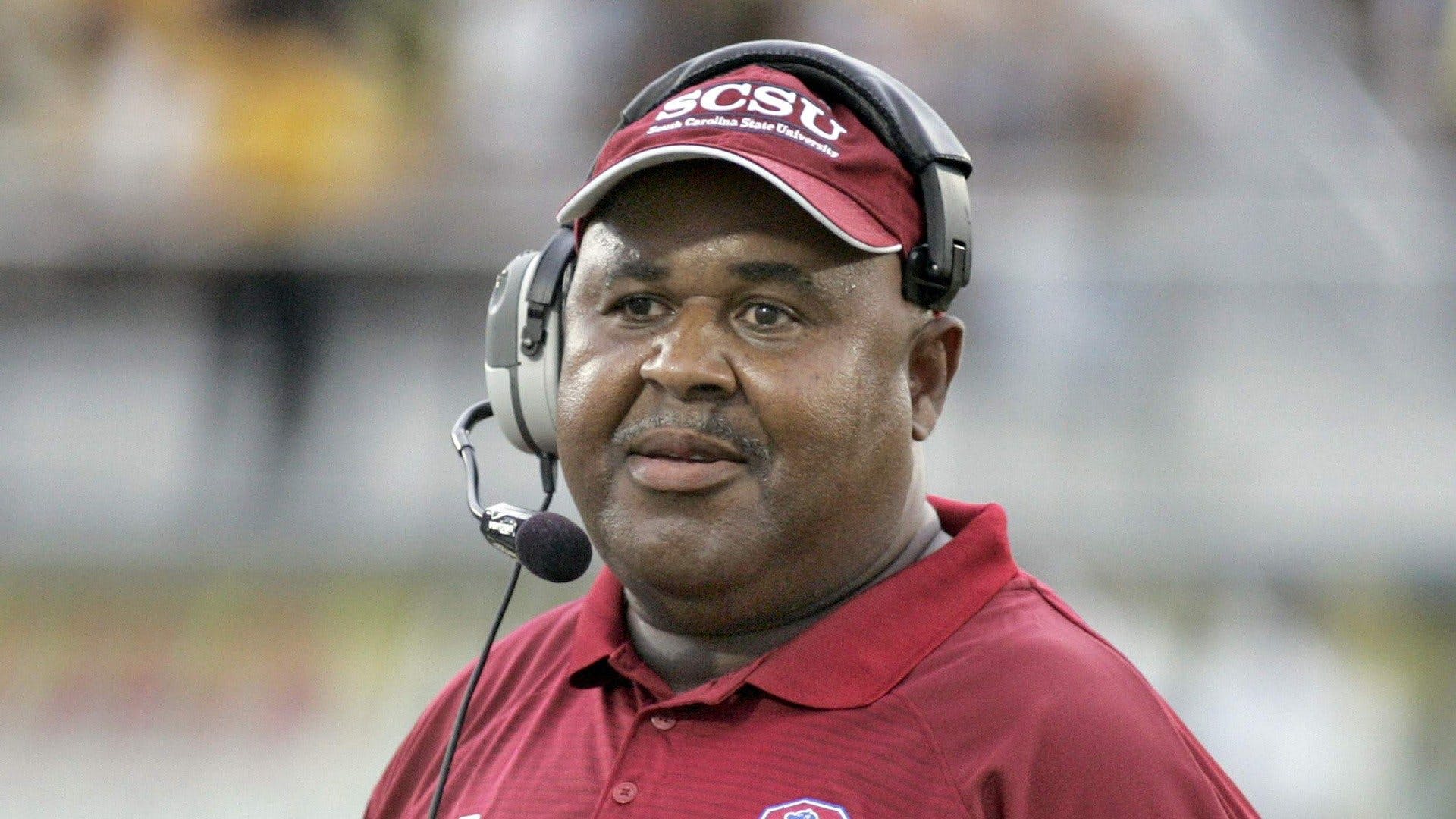 SC State’s Pough recognized as the top coach in the MEAC after leading his team to a piece of the MEAC title.

NORFOLK, Va., Nov. 26, 2019 – Florida A&M (6) and North Carolina A&T State (4) led the way in this year’s All-MEAC football voting with a combined 10 student-athletes named to the first team. The team was voted on by the MEAC’s head football coaches and sports information directors.

In a partnership with the National Football Foundation (NFF) & College Hall of Fame, the league’s Offensive and Defensive Players of the Year will be announced as part of the festivities surrounding the 62th NFF Annual Awards Dinner, Tuesday, Dec. 10, at the Hilton Midtown in New York City. The event will be streamed live at 9:30 a.m. on the NFF’s website.

Pettiford was a key player on North Carolina A&T State’s offensive line, as the unit produced the lone 1,000-yard rusher in the MEAC this season and one of the NCAA’s best running backs in Jah-Maine Martin, who leads the nation in rushing yards per carry and is second in scoring. Pettiford is a three-time MEAC Offensive Lineman of the Week and opposing defenders had trouble getting to the Aggies’ backfield as the unit only allowed 12 sacks in the regular season.

Despite the departure of last year’s Offensive Lineman of the Year, the Aggies finished first in the MEAC in scoring offense, total offense, rushing offense and fourth down conversions. They were also in the top three in sacks against, first downs and third down conversions.

Fields, a Hollywood, S.C. native, was a two-time MEAC Rookie of the Week and finished third in the MEAC in passing efficiency with 15 passing touchdowns. He threw for 1,652 yards with a passing efficiency of 138.7. He shattered South Carolina State’s school record on Nov. 9 when the Bulldogs defeated Howard 62-21. Fields finished the game 18-for-29 for 333 yards passing and seven touchdown passes, and he earned FCS STATS Freshman of the Week for his performance. He guided his team to a share of the 2019 MEAC championship and finished the season with 1,683 yards of total offense.

Pough had the biggest turnaround of the season after the Bulldogs finished last season with a 5-6 overall record and a 4-3 mark in conference play. The 2019 season saw the Bulldogs finish 8-3 overall and 6-2 in MEAC play. Pough led South Carolina State to its 17th MEAC championship overall and the seventh in his tenure. The Bulldogs got a key program win over then-No. 8th ranked Wofford (champion of the Southern Conference) to start the season and never looked back.

Pough claims his third MEAC Coach of the Year honor.

Listed below are the 2019 All-MEAC teams: