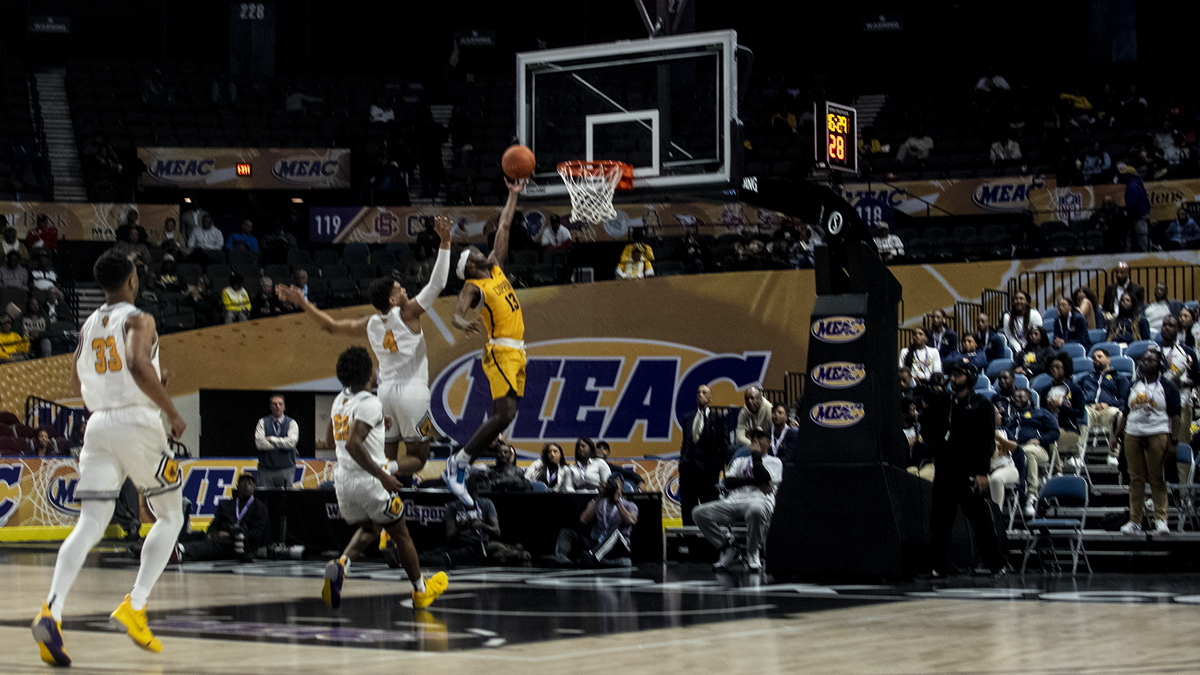 Coppin State off to best start since magical 1997 season

Coppin State has done something it hasn’t done in over 20 years: Beat three non-MEAC Division I teams.

Coppin State basketball continues to show that it may be ont only the most improved program in the MEAC, but perhaps in all of Division I basketball.

CSU picked up a convincing 94-78 win over James Madison to improve to 3-5 on the season. The three wins against non-MEAC opponents is the most for the school since the 1996-97 season when it went on to win the MEAC and shock South Carolina in the first round of the NCAA Tournament.

The Robinson Twins led the way for the Eagles, as Aaron finished with a game-high 20 points while Andrew added 18 points and 11 rebounds. DeJuan Clayton added 12 points and seven assists.

Coppin trailed 46-42 at halftime but outscored JMU 52-32 in the second half to come up with the win.

For comparison, Coppin State didn’t win three games last season until Jan. 19. The team finished with three wins in its final seven games (including back-to-back victories over rival Morgan State) and nearly made it to the MEAC quarterfinals. It also turned some heads with a convincing win against eventual conference champ North Carolina Central.

This season’s team has added the Robinsons, a pair of transfers from Quinnipiac. Andrew has been a consistent scorer, averaging 12.4 points per game so far this season, and putting up double-figures in three of his last four appearances.

That has given junior guard DeJuan Clayton more help, allowing the junior guard to pick his spots and shoot at a higher clip (43 percent compared to 39 percent) early in the season while averaging 14.1 points per game.

It’s still early but it looks like something is brewing in West Baltimore.

Coppin State off to best start since magical 1997 season