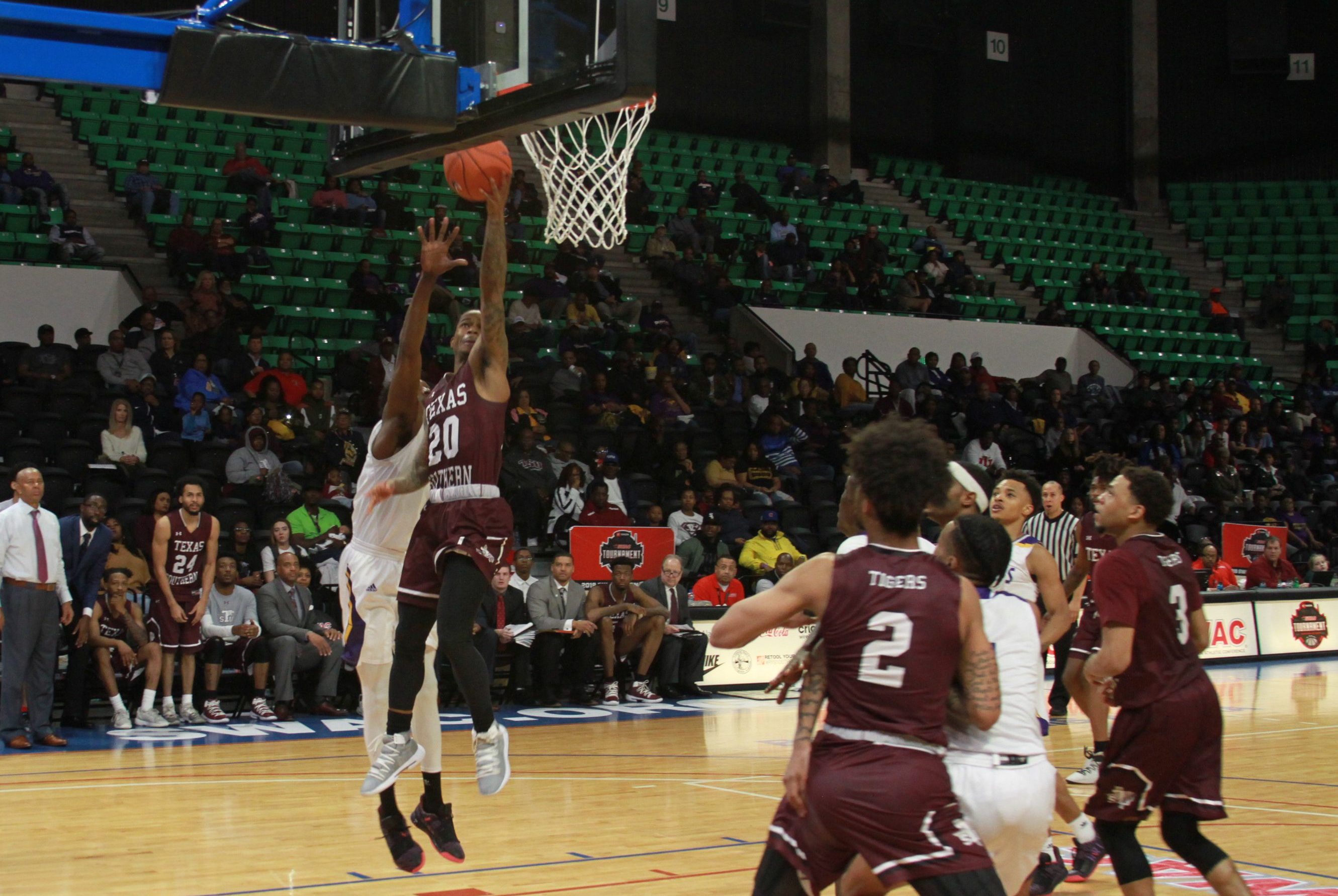 Saturday’s contest started out like a heavyweight prizefight as neither team would lead by more than five points throughout the first half. The Tigers led 11-7 with 14:56 left but NKU answered two minutes later to regain a 14-13 lead. Four consecutive points from Bryson Etienne would give TSU an 18-14 margin with 9:04 left. The Tigers held on even though NKU closed to within 18-17 as they fought back and led 22-17 after Armstrong’s jumper at the 7:40 mark. NKU fought back and led by as much as five (30-25) after the final media timeout but solid defense by TSU pushed the lead back to them as they shut out NKU over the final 3:58 en route to a 32-31 halftime lead.

The second half was a mirror image of the first as both teams never would pull away despite promising runs. TSU led 60-55 after Yahuza Rasas’ jumper at the 6:46 mark but the Norse responded in a big way and was on the verge of wrapping the game up as they went on a 14-4 run over the next five minutes to lead 72-64 with 2:54 left.

Rasas’ basket narrowed the gap to 72-66 with 1:52 remaining and the Tiger offense responded as Etienne connected on a free throw followed by five consecutive points from Justin Hopkins to draw the Tigers to within 73-71 with 46 seconds left. Two free throws by NKU pushed the lead to 75-71 but a trey from Armstrong closed the gap to 75-74. Tyler Sharpe hit two free throws for NKU with 20 seconds remaining but Etienne hit the biggest shot of his TSU career as his trey tied the game at 77-all with eight seconds left. NKU had one final attempt but turned the ball over with one second left in regulation.

Once again, NKU attempted the seize control in overtime as they led by six (89-83) but TSU battled back in the final 2:19 as Armstrong and Chris Baldwin both hit jumpers to close the gap to 89-87. NKU would miss its next three shot attempts but Armstrong kept charging with a big offensive rebound off his own miss at the 17-second mark. He was fouled with six seconds left and calmly hit both free throws to tie the game at 89 as NKU missed the game-winning three-pointer at the buzzer.

NKU’s Bryant Mocaby hit a trey for an early 93-91 margin in double overtime but Hopkins tied the game with two free throws. Baldwin would score off an offensive rebound to give TSU a 95-93 lead with 57 seconds left but NKU closed to 95-94 after a free throw. Yahuza Rasas made 1-of-2 free throws with 29 seconds left but NKU responded and tied the game with a layup 13 seconds later. The Norse had a chance to move ahead but missed a free throw with 16 seconds left which led to Armstrong’s game-winner with six seconds remaining.

Armstrong led TSU with 25 points, eight rebounds and five steals followed by Rasas’ double-double of 18 points and 14 rebounds. Etienne added 19 points while Hopkins and Baldwin chipped in with 11 and 10 points, respectively.

TSU is back in action at Montana Monday night at 7 p.m.

Sources: FAMU has made its choice for AD
HBCUs shut out of the FCS playoffs again
To Top
X