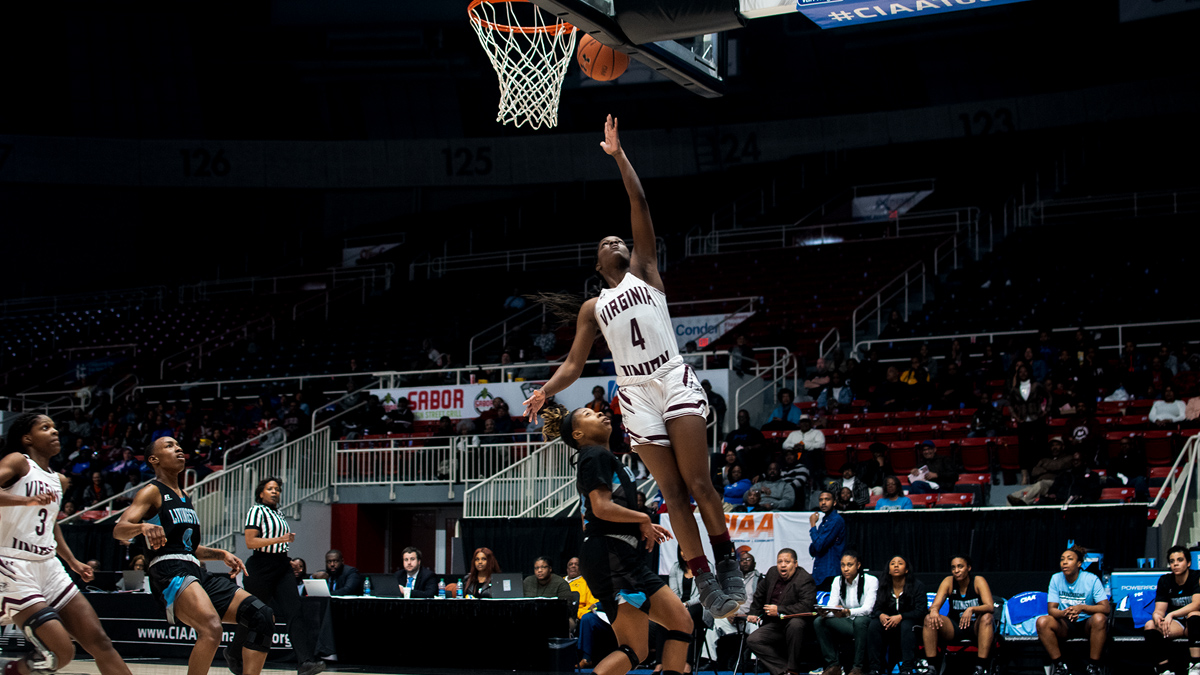 Shareka McNeill didn’t quite top her CIAA Tournament performance against Livingstone, but she wasn’t too far off.

The Virginia Union junior broke the half-century mark for the second time this year against Livingstone in her team’s 92-55 win. McNeill had as many points as the opposing team, scoring 55 against LC at home.

The Charlotte, NC native played all 40 minutes, hitting 18 of 31 shot attempts, including nine three-pointers. She scored 32 of her points after halftime, hitting including six 3-pointers. This comes on the heels of her record-tying 59 point performance against Livingstone in the CIAA Tournament.

McNeill entered the game the leading scorer in Division II basketball (and Division I, for that matter) averaging better than 39 points per game. Her average is now 44.3 points per contest.