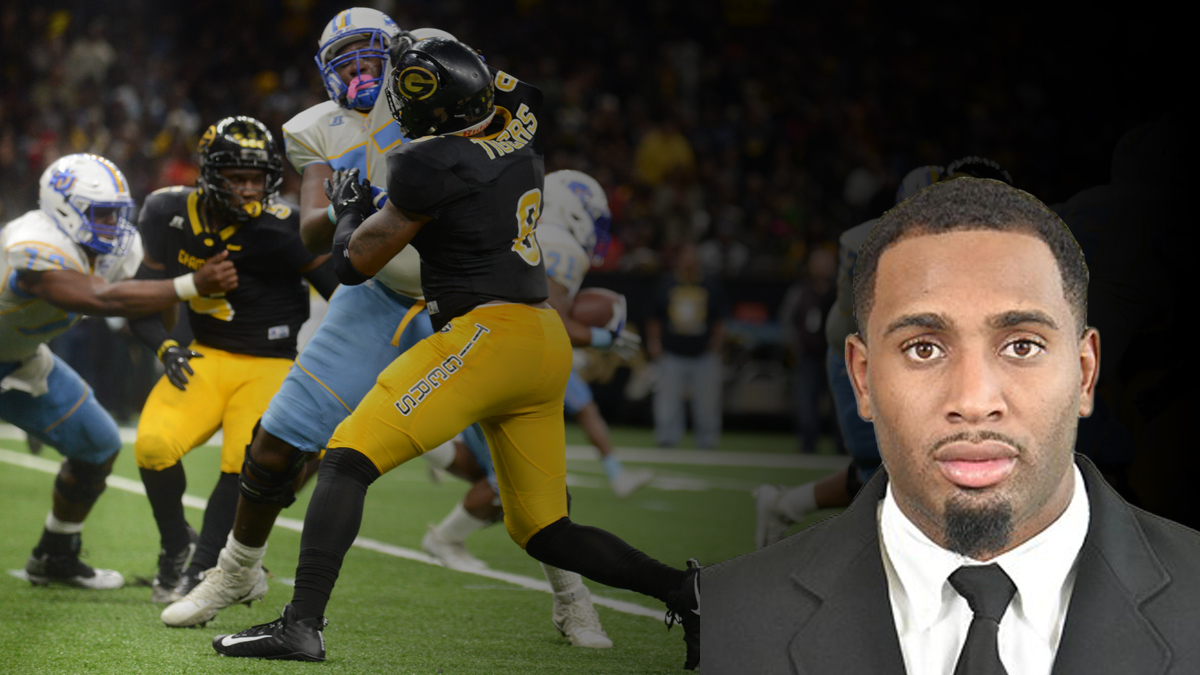 One of Grambling’s star defensive players has been arrested for the second time in six months for domestic abuse allegations.

Grambling State will take on Southern University in the Bayou Classic in just over a week but one of its key defensive players is dealing with issues beyond football.

Ouachita Parish Sheriff’s Office say the victim claims that Mullins battered her and would not allow her to leave or call anyone for help after an arguement. Mullins denies making contact. He was released on $12,000 bond on Thursday.

The victim said she denied Mullins entrance to the house to get some of his belongings and he responded by putting his arm around her neck in a “choke hold” and threatened to have people come to the home and beat her up.

The defensive end was arrested in April for one count of domestic abuse battery and one count of criminal trespassing after an altercation with the same woman who was then pregnant with his child . That case was declined by the District Attorney who acknowledged that Mullins was a Grambling football player and put on diversion as coaches contacted the office and Mullins signed a drop slip.

There have also been two other instances of verbal disturbances between the two parties.

The 6’4, 240 pound defensive end has 37 tackles and seven sacks heading into the Bayou Classic.

FAMU looking to end BCU streak, make bid for HBCU title in Florida Classic
Sources: FAMU has made its choice for AD
To Top
X