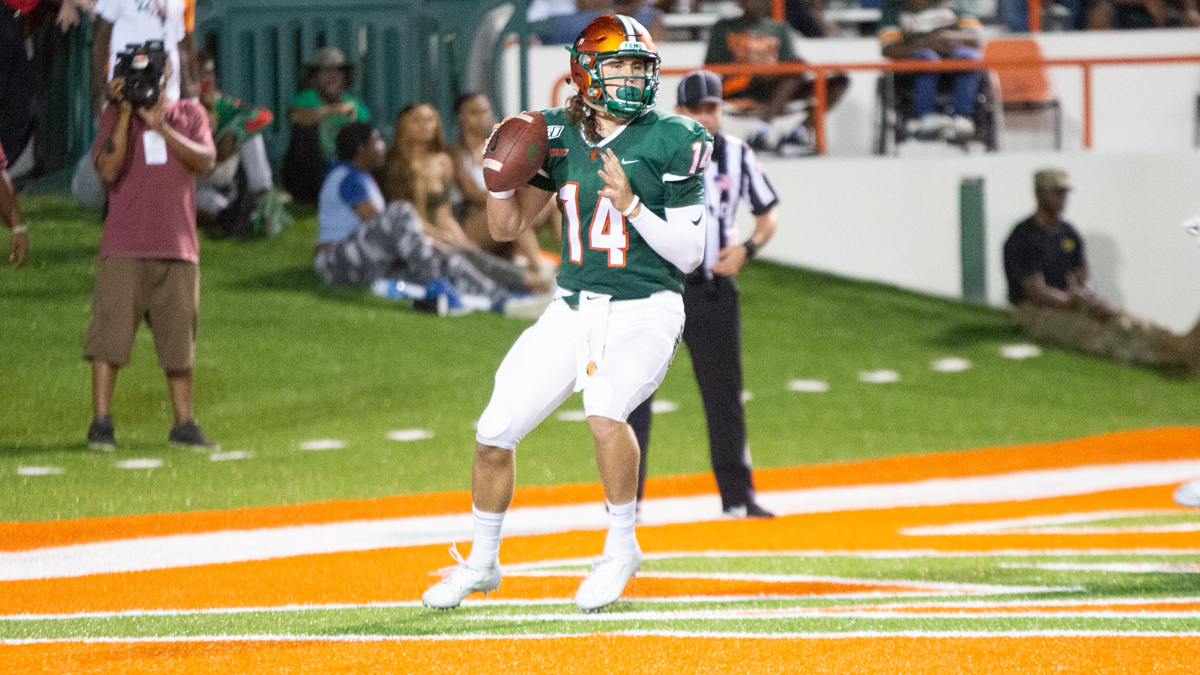 Bethune-Cookman is hoping to keep its streak of dominance going while FAMU is hoping to make case for a national title in Florida Classic.

Longtime Florida rivals Bethune-Cookman and Florida A&M will wrap up their season with the 39th annual Florida Classic at Camping World Stadium in Orlando, Fla. The Wildcats have won the last eight meetings, dating back to 2011 – including last year’s 33-19 decision that kept the Rattlers out of the Celebration Bowl.

There are no Celebration Bowl implications here: FAMU is ineligible for postseason play while Bethune-Cookman bowed out of the race last week with a loss to North Carolina A&T in Greensboro. But there is still plenty on the line.

FAMU is looking to break that skid in a rivalry game it once owned during the 80s and 90s. It’s also looking to complete its season with a 10-1 record, and possibly claim an HBCU national title. Here’s more on that.

Florida A&M’s Xavier Smith broke the 1,000-yard mark in receiving yards with a third-quarter reception, and he also moved into third place in FAMU history with his 11th touchdown catch in the 39-7 win over Howard this past Saturday. Quarterback Ryan Stanley will be playing in the final game of his career and looks to cap off a stellar season in which he’s thrown 20 touchdowns to just five interceptions.

Florida A&M finished unbeaten at home and had nine wins for the first time since 2009. Head coach Willie Simmons now joins Rattler legends Rudy Hubbard (9-2 in 1975) and Billy Joe (9-3 in 1995) in reaching nine wins in their second season as head coach. Florida A&M won its ninth straight game, which is the second longest winning streak in program history since the 1998 team won 10 straight.