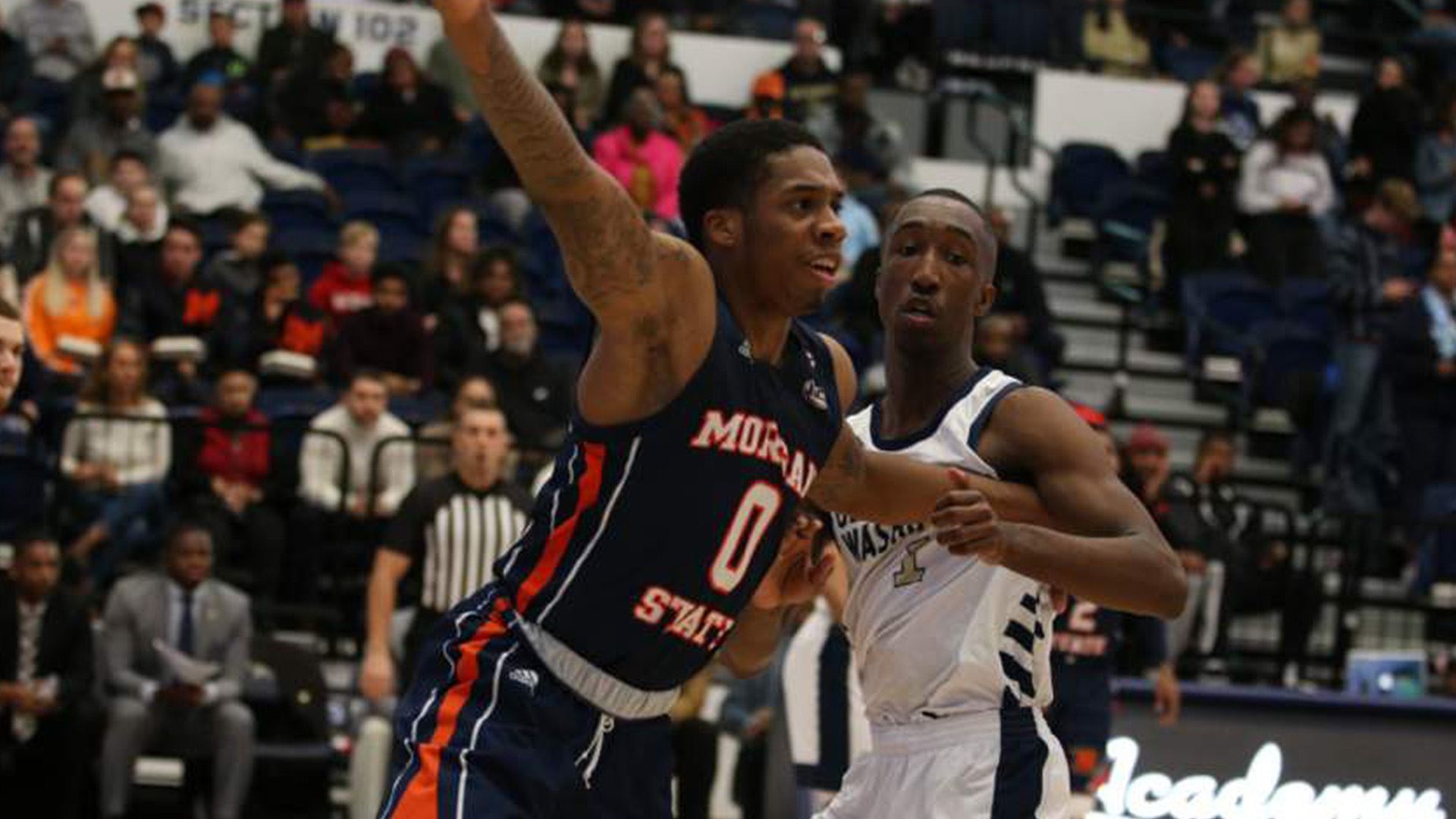 WASHINGTON, D.C. — In a rare matchup between the two schools, Morgan State and George Washington battled in a nonconference contest.

It was a battle and when the dust settled, the Bears rose to the top.

But the battle was not easy for the Bears. Their aggressive full-court defense pushed the Bears down during the first half. Coach Kevin Broadus understands that his defensive scheme is aggressive and might cause some foul trouble.

He was right as the Bears committed 13 personal fouls in the first half. The Colonials took advantage by scoring 10 of their 32 first-half points via the free-throw line. This caused Stanley Davis to be sent to the bench early on due to having two fouls.

With Davis out the game, the Bears offense stalled, committing eight turnovers in the first half. Once again, the Colonials stepped up and scored 11 points from turnovers.

The fans in the Smith Center was expecting for the Bears to be out of it by halftime. Despite the tough situation and loud atmosphere, the Bears did not fold in the first half. They led the Colonials in rebounds, points in the paint, and assists.

Down by two points coming out of halftime, the Kevin Broadus coached group rose to the occasion and began to make a run.

Davis returned and dominated everyone in his path. He scored all 17 of his points in the second half. His aggressive and intense play sparked his team. Troy Baxter notched a double-double, David Syfax was hot from the free-throw line, and Sherwyn Devonish-Prince battled for all 40 minutes.

At the blink of an eye, the Bears went on a 15-2 run and lifted their lead to 10 points. With 2:15 left in the game, GW cut MSU’s lead to three points. They had an opportunity to tie the game but missed two attempts as the clock ran out.

The Bears defeated the Colonials for the first time program history.

It was due to 40 points in the paint and 27 points coming from the bench. Many MSU players were in foul trouble but they found a way to finish strong. The Colonials missed 24 three-pointers in the contest. Also, they were outrebounded 45 to 28.

The Bears aggressive and gritty style of play was on full display. Stanley Davis scored 17 points in the second half in only 25 minutes of total play. Usually playing in the post, Syfax was lethal from the free-throw line, leading his team with six free throws.

Devonish-Prince played the whole game and he did everything. He scored 12 points, grabbed 9 rebounds, dished two assists, and had two steals. Baxter had a double-double and added four blocks.

Overall, Coach Broadus understands that this win “means a lot” to his team and the program. Outside of the win against Maryland in 2010, he feels that this is the “biggest” non-conference win in school history. GW is an established program and the Bears proved their worth.

“Its some people who doubt us, but we are here to make people believers,” said Coach Broadus.