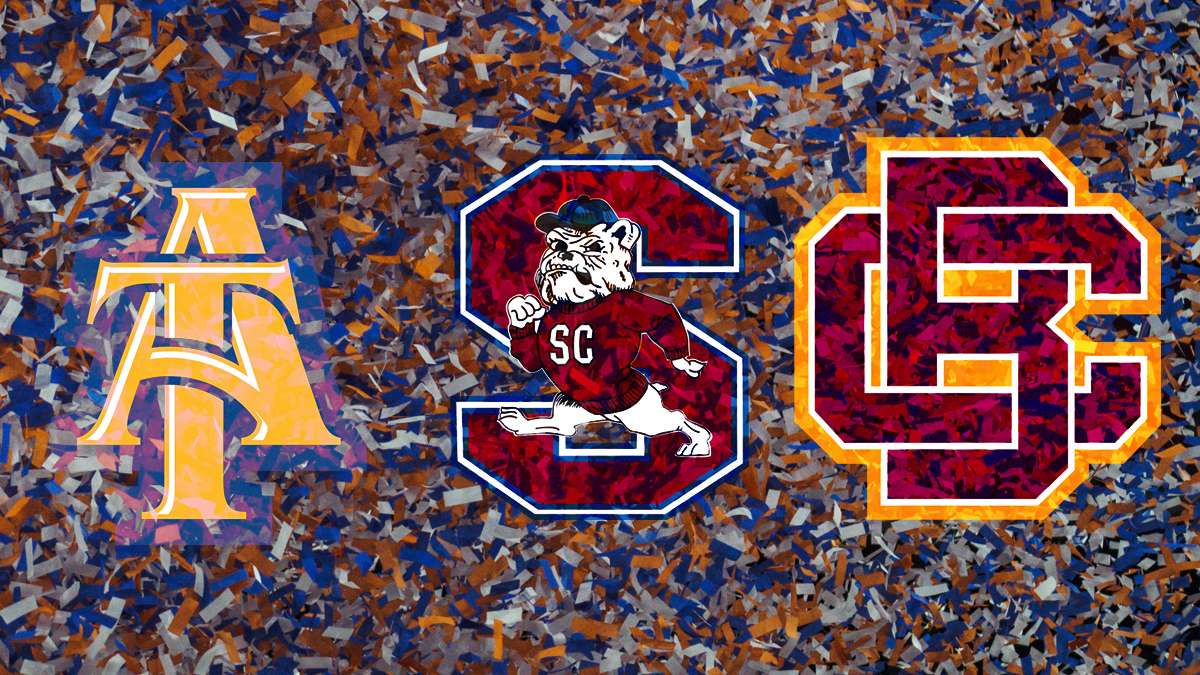 The MEAC’s ticket to the Celebration Bowl has yet to be punched with two weeks left in the regular season.

It could have all been so simple.

Florida A&M enters this week’s action 8-1, perfect since a season-opening loss to UCF. With two games remaining, it would be one win against Howard away from clinching its first-ever bid to the game against the SWAC Champ.

But with FAMU being ineligible for postseason play, there is a three team race for representation of the MEAC at the Celebration Bowl. North Carolina A&T, Bethune Cookman, and South Carolina State are in a conference race and nobody has any room for error. Here is each program’s path to represent the MEAC in Atlanta in December.

Morgan State had A&T’s number and for a second year in a row they prevailed in a hard fought game, knocking off the leverage A&T held with only one loss in the conference heading into Baltimore. That now makes both of its last two games important in the race to the Celebration Bowl.

A&T has total control of its destiny, and it needs to win Saturday against BCU to continue to maintain control. If it is able to defeat the BCU, it will immediately have to shift gears to rival North Carolina Central.

Wide receiver Zachary Leslie had three straight games will a 100-plus receiving yards, until the Morgan State game. He caught a touchdown in Baltimore, but only had 53 yards on five receptions. The Leslie and Kylil Carter connection is pivotal for A&T this week against BCU.

BCU is in the mist of the toughest part of its schedule. They have lost back-to-back games, including a shocker to Delaware State. After losing all leverage in two weeks, it must go to Greensboro, in order to stay within striking distance in this divisional race. BCU is hoping it gets the same version of wide receiver Jimmie Robinson it got against Morgan State.

Robinson caught the ball five times for 136 yards and three touchdowns. He has not gone over 75 yards after playing Morgan State. If he wants fans, coaches, and his teammates to forget about his inconsistency he needs to have a HUGE game in Greensboro. If Bethune Cookman can beat A&T and knock off FAMU in the Florida Classic, it would still need some luck from South Carolina State. SCSU beat BCU on October 26th and own the tiebreaker. So BCU must win Saturday and cheer for North Carolina Central this weekend and Norfolk State next weekend.

Wide receiver De’Montrez Burroughs was given MEAC honors after breaking the touchdown reception record (five) in a 62-21 blowout of Howard this past Saturday, catching seven passes for 140 yards. Redshirt freshman quarterback Corey Fields was named FCS Freshman of the Week by STATS. Fields completed 18 of 29 of his passes for 333 yards and seven touchdowns.

The Bulldogs bounced back against the Bison, after a tough loss to the Aggies in part to a slow start. If we were ranking these teams in terms of their margin of error left, the Bulldogs would be ranked first.

SCSU cannot look past North Carolina Central this week. However, Norfolk State has surprised a few teams, including NCCU at Homecoming over the weekend. If the Bulldogs win out and are given the opportunity to play in Atlanta, the deadly combination of Fields and Burroughs will be must see television.