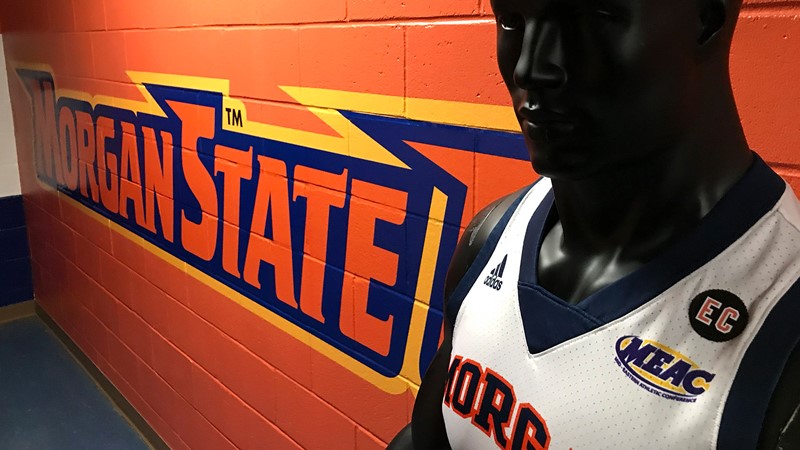 Morgan State will honor the recently-deceased congressman from Baltimore.

BALTIMORE, Md. (Nov. 12, 2019) — Throughout the 2019-20 season, the Morgan State Bears student-athletes will celebrate the life of longtime Baltimore Congressman Elijah Cummings, who passed away on October 17, 2019, at the age of 68. In honor of Congressman Cummings and all of his many positive contributions to the University and his district, all Morgan State athletic teams will wear a special commemorative “EC” patch on their jerseys throughout the season. The Bears football team helmets will also be adorned with an EC decal.

“Our department wanted to do something to recognize the many important contributions of the Honorable Elijah Cummings to the country, the City of Baltimore and Morgan State University,” said Director of Athletics Edward Scott, Ph.D. “In speaking with our student-athletes, coaches and staff, we felt that the patches and decals would be the most appropriate way of demonstrating our appreciation to Regent Cummings and his family.”

The patch is a black circle with the initials “EC” in the center in orange letters and outlined in white.

Congressman Cummings has a long history with Morgan State University and over the years has been one of its most staunch supporters. In addition to hosting many of his youth workshops and annual career fairs at Morgan, he also served on the University’s Board of Regents for 19 years after having been appointed in July 1999 (he missed one year due to other commitments at the time). In his capacity as a Regent, he served as a member of the Board’s Academic and Student Affairs Committee and chaired the Audit and Institutional Assessment Committee (Feb. 2014 to June 2019). The Congressman was also very influential in supporting legislation to increase Pell Grant funding for students seeking to attend college and helped steward a partnership between Morgan and NASA.

In 2006, the University bestowed the congressman with an honorary Doctor of Laws, and during this past spring’s 2019 Commencement Ceremony Congressman Cummings delivered the commencement address to the graduating undergraduate class. Morgan is also located in Maryland’s 7th Congressional District, which the Congressman has served since his election in 1996.