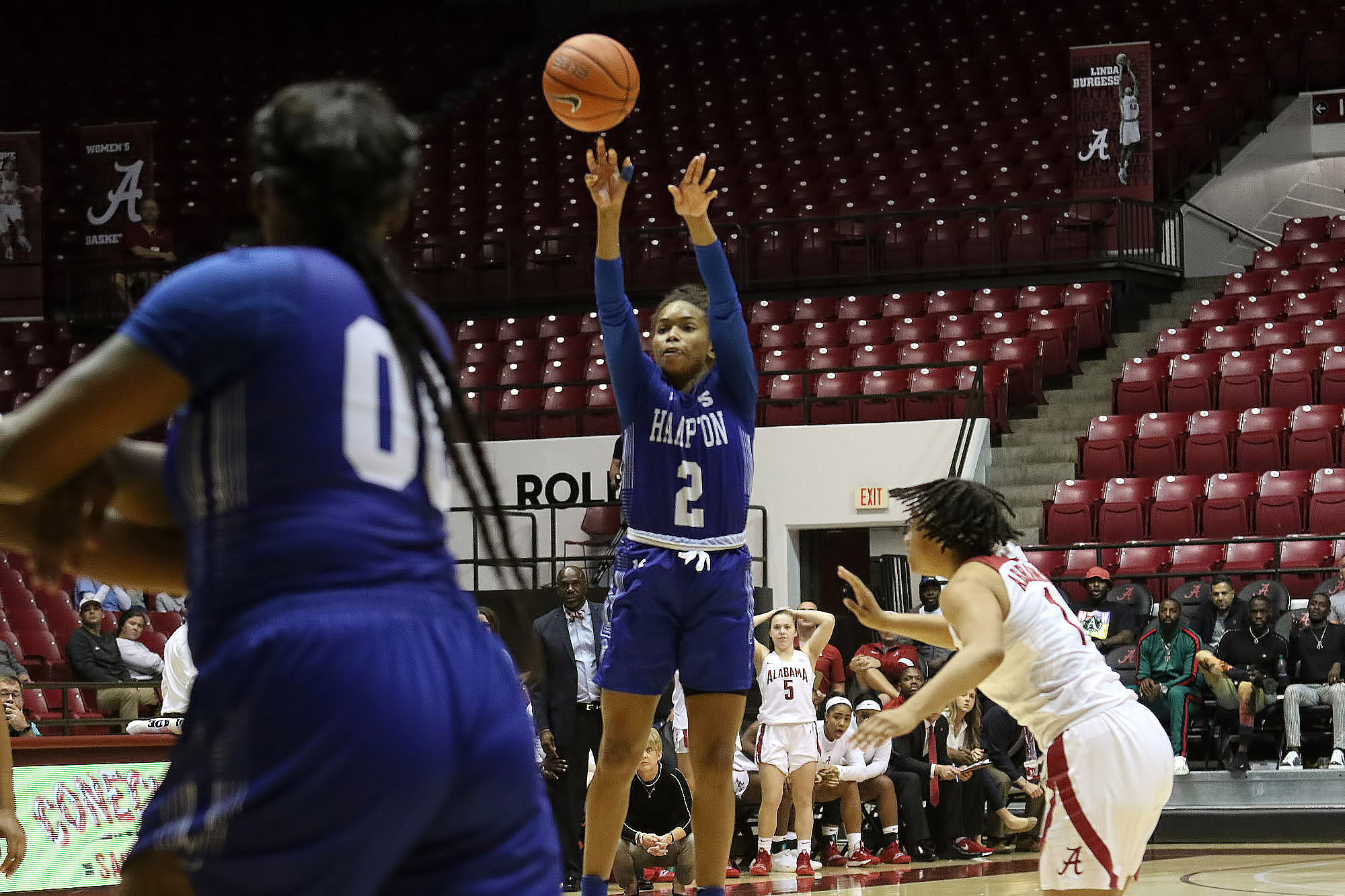 CHARLOTTE, N.C. – Hampton graduate student MaKayla Timmons earned her first Big South Conference Player of the Week honor as the weekly awards were announced by the conference office on Monday.

Timmons averaged 18.0 points and shot 60.0 percent from the field in Hampton’s two road games to start the season last week. On Wednesday, the guard made her Hampton debut special as she drained a buzzer-beating, 3-point shot as Hampton defeated the University of Alabama 64-61.

On Saturday, she recorded her Hampton career-high of 26 points, including 4-of-6 from behind the arc and was 10-of-13 from the floor. Timmons chipped in six assists as the Lady Pirates won over Chattanooga 84-55.

Hampton will back on the court Thursday, Nov. 14 at 7 pm, as they play host to Florida Atlantic University.