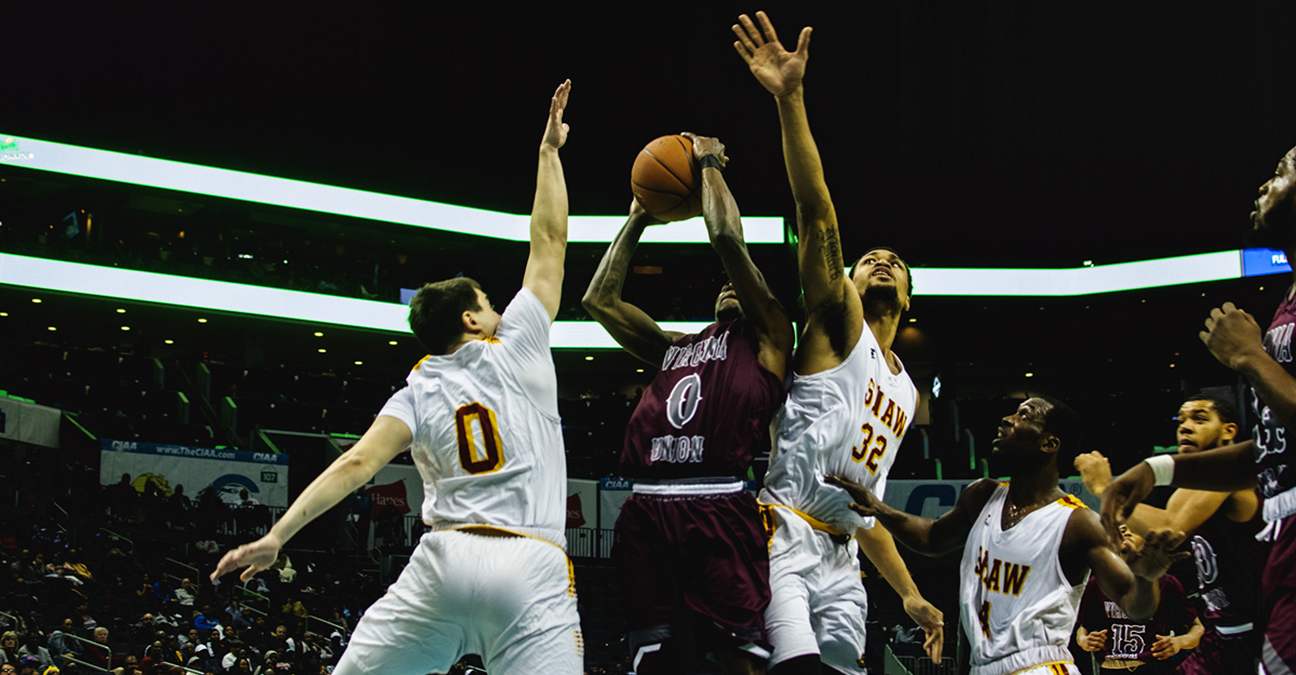 Terrell Leach came to Virginia Union ready to ball after a three-and-a-half season layoff. Bad news for the CIAA: he’s here all year.

Virginia Union basketball has been filled with high-scoring guards for decades. From Mike Davis in the 60s to A.J. English in the 1980s to Ray Anderson just a few years back.

Last season coach Jay Butler pulled in the program’s latest sniper out at the mid-point of the season, unleashing him on the CIAA as the team made its run to the tournament semifinals in 2019 after winning it all the season before.

Terrell Leach started his career at Winston-Salem State, helping the Rams get to the CIAA Tournament title game in 2015 before leaving the program due to academic reasons. The net-burner from High Point, NC picked up right where he left off in Richmond, averaging 21 points in his 18 games while shooting 36 percent from the 3-point line.

So far this season Leach has been carrying VUU on his back, scoring 23 in the opener and 31 on Saturday against East Stroudsburg. He’s been on fire from the 3-point line hitting 9 of 16 attempts from long range. It’s not surprising he’ll have to carry more of the scoring load with Will Jenkins and Damarius Pitts, the team’s second and third-leading scorers last season.

Leach will need more help if VUU wants to stay afloat in a tough CIAA North Division, but as long as it has him on the squad it’s guaranteed a scoring threat that opposing defenses will have to be aware of.