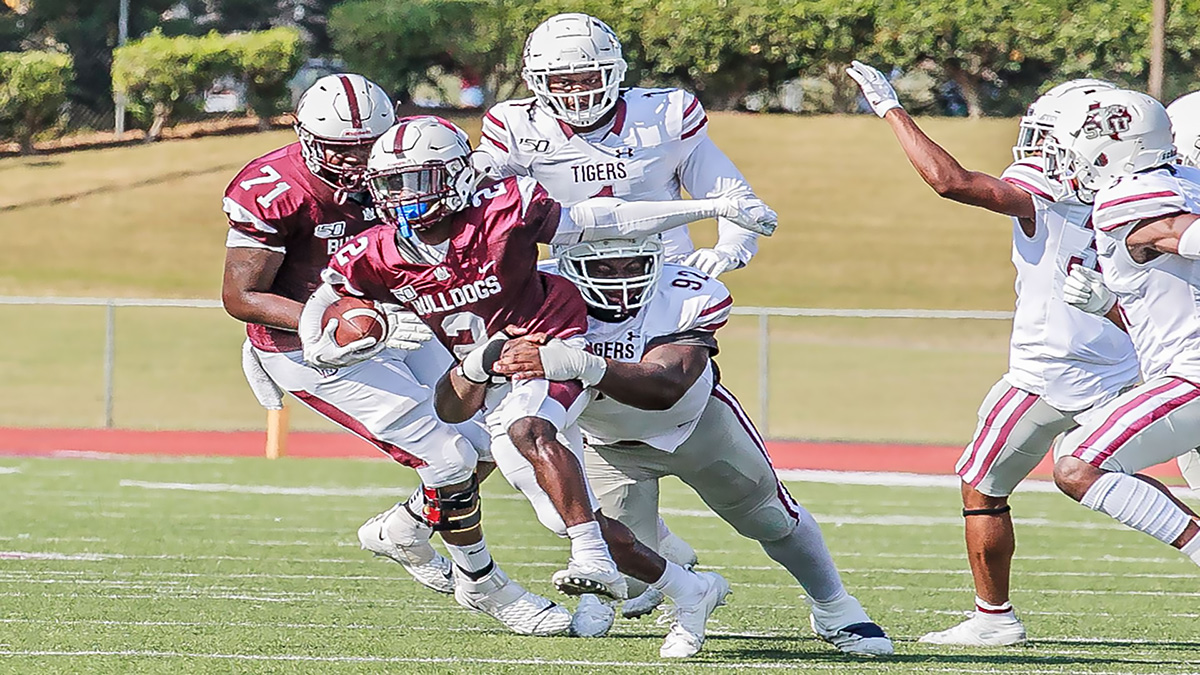 Bulldogs rise up in the final moments of the game.

Jackson State scored two 51-yard rushing touchdowns but Alabama A&M put up 28 points in the fourth quarter for a 48-43 win in Huntsville on Saturday. The victory by the Bulldogs ends the three-game winning streak by Jackson State.

Both teams combined for 1144 yards of total offense in Saturday’s game. AAMU improves to 6-4 and 3-2 in the SWAC, while Jackson State stands at 4-6 and 3-2 in the conference.

Freshman quarterback Jalon Jones accounted for 350 yards of total offense and three touchdowns. Senior Aqeel Glass had an outstanding effort from the pocket, accounting for 410 yards passing and four touchdowns.

The Tigers used their punishing running game to rack up 361 yards on the ground.

But Glass saved his best for last.

Trailing 43-34 with four minutes remaining, Glass and Abdul-Fati Ibrahim connected for a 54-yard scoring play to cut the lead to 43-41. With just 25 seconds remaining, Glass found Ryan Stoves for a 32-yard go-ahead score that proved to be the difference.