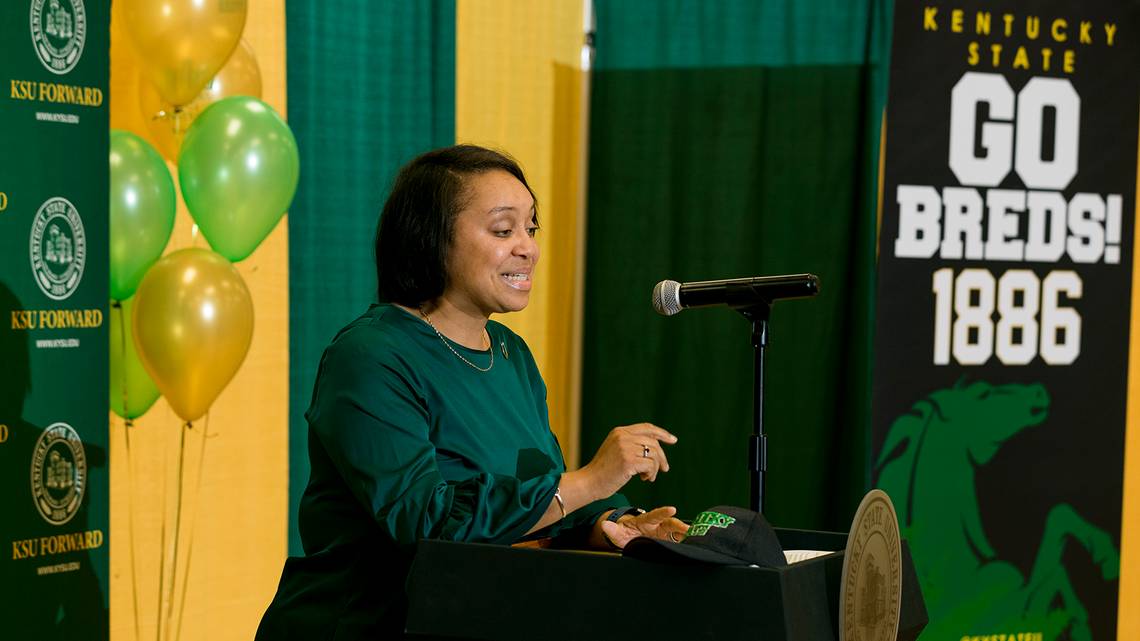 After nearly a year-and-a-half without an AD, Winston-Salem State has picked the woman to lead its athletics program.

It looks like Winston-Salem State will finally name a permanent AD after nearly a year-and-a-half without one.

Sources tell HBCU Gameday that Kentucky State AD Etienne Thomas will be named WSSU’s next director of athletics on Thursday.

Thomas has served as KYSU AD since 2018 after coming over from Kansas where she worked overseeing diversity and inclusion. Prior to her time at KU, however, Thomas has worked extensively at HBCUs including Howard, St. Pauls College and her alma mater, North Carolina Central.

WSSU has been without a permanent AD since Tonia Walker stepped down at the end of May 2018. Compliance director George Knox has served as interim AD since then to keep the program afloat.

Thomas faces a tough task helping lift Winston-Salem State back to the top of the CIAA, especially in football. Since winning the 2016 CIAA football title, WSSU has gone 15-13 with one game remaining in the 2019 regular season.

The school fired Kienus Boulware, who led the program to back-to-back CIAA titles in 2015 and 2016, this summer for allegedly failing to report a player who had a weapon on campus. Robert Massey has served as the interim coach this season, but with a 4-5 record after an ugly homecoming loss on Saturday, it is likely that one of Thomas’ first tasks will be picking a new head football coach.

Check back with HBCU Gameday for more updates.