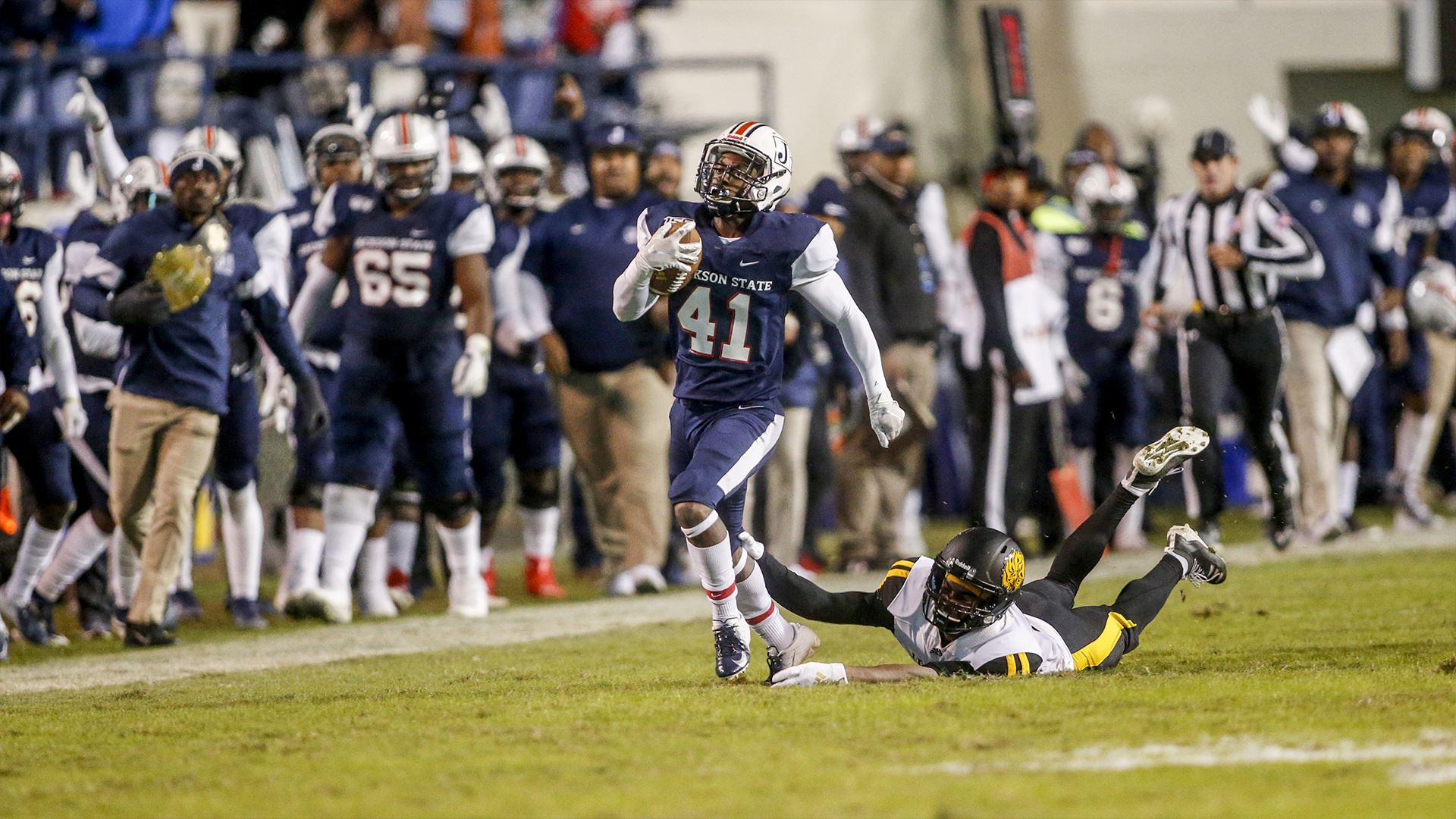 Tigers and Golden Lions headed in opposite directions in the SWAC

“Really proud of this team and how they fought,” JSU head coach John Hendrick said post game. “I like how we are fighting and playing the next play. Everything is coming together and I believe peaking at the right time.”

The Tigers found pay dirt at the 12:56 mark in the second quarter when Jones found Terrell Kennedy III for a 72-yard pitch and catch. It was also the longest offensive play for JSU this season.

Josh Littles scored on a 94-yard kickoff return in the final moments of the third quarter to put the Blue and White up 21-12.

CJ Holmes’ interception at the 3:40 mark in the fourth clinched all but clinched the game.

The offense accounted for 381 yards of total offense and 181 yards on the ground.

Keshawn Harper rushed for 82 yards and Jones accounted for 44 yards.

The UAPB offense entered the game averaging 452.2 yards per game and JSU held the Golden Lions to 299 yards, 153.2 yards below the season average.

Keonte Hampton finished with eight tackles and one sack, while Justin Ragin added a career-high seven stops and four and a half tackles for loss.

The Tigers return to the gridiron next week at Alabama A&M in an important SWAC East Division contest.