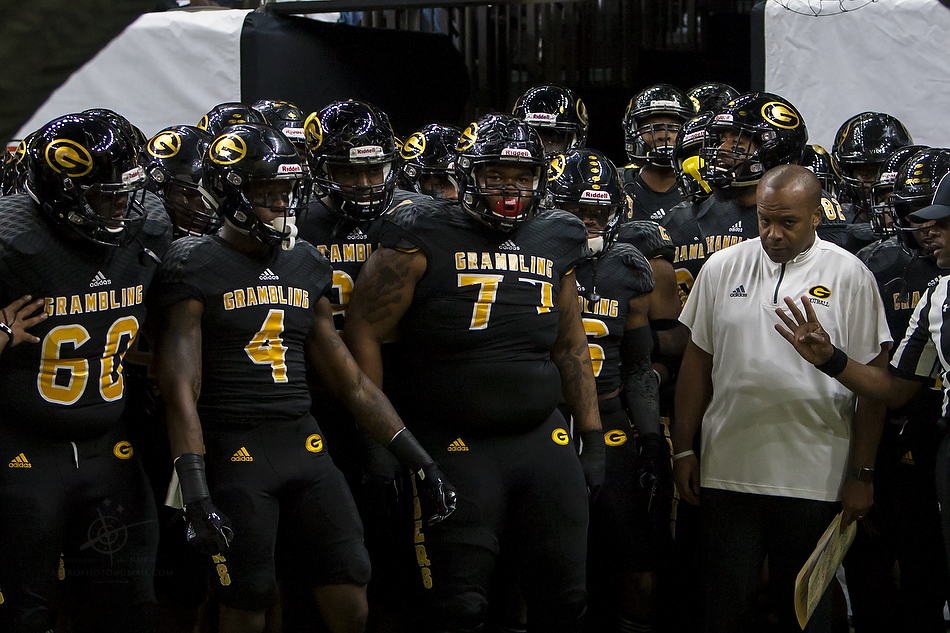 “It was good to play really good football. This was probably the closest thing to a complete performance we’ve had this year. Offensively, we came out hitting on all cylinders; Geremy Hickbottom played well, the offensive line played well, and we took what they gave us and then the receivers made plays. I thought that was definitely something we needed offensively. I thought defensively, our guys played ‘lights out’ again; another game where we scored another defensive touchdown… Just a great overall performance today,” said Broderick Fobbs.

Possession of the ball in the first quarter went to Grambling State (4-4 overall, 2-2 Southwestern Athletic Conference) who in just three plays from Geremy Hickbottom’s 73-yard rush into the end zone, scored their first touchdown, with only one minute and 19 seconds off the shot clock. Following Mendez’s PAT, GSU led 7-0.

Although Texas Southern (0-5, 0-9) was unable to score on their first drive, the momentum kept going for Grambling State, after a 38-yard pass from Hickbottom to Lyndon Rash in the end zone was good. After Mendez’s PAT, GSU now had a 14-0 advantage over Texas Southern.

Hickbottom’s 67-yard rush for Grambling State’s third touchdown of the quarter extended the lead to 21-0. After only 41 seconds expired from the time on the score board, The Mobile, Ala., native threw a 10-yard pass that connected to Rash, resulting in another touchdown for Grambling State. Following the PAT, the score was now 28-0.

Texas Southern was able to enter the scoring column after a 35-yard pass from Donnie Corley to Deandre Johnson was good.

Grambling State responded with two more touchdowns before halftime; Hickbottom with a one-yard run and Keilon Elder running five yards into the end zone. Mendez’s PAT was good on Elder’s touchdown run, and the scoreboard read 41-14 at the end of the first half.

At the half, Hickbottom amassed for 248 passing yards for 14 of his 17 throws, with two touchdowns, while Johnson threw 209 yards. Devanir Martin led GSU in tackles with six.

While Texas Southern was able to close in on the 27-point deficit after a 7-yard touchdown run by Tylor Cook (PAT was unsuccessful), Grambling State turned around to extend the lead again, this time to 28 points, after Anfernee Mullins caught an interception and returned the ball 51 yards for a touchdown. Following the PAT, GSU was up, 48-20. Grambling State’s eighth touchdown came after a one-yard run by Kevin Dominique. The extra point kick was good, and Grambling State was 9:58 from another victory in Robinson Stadium.

Although the two teams toggled between possession of the ball within the final minutes, Texas Southern was unable to recover from the now 35-point lead Grambling State had.