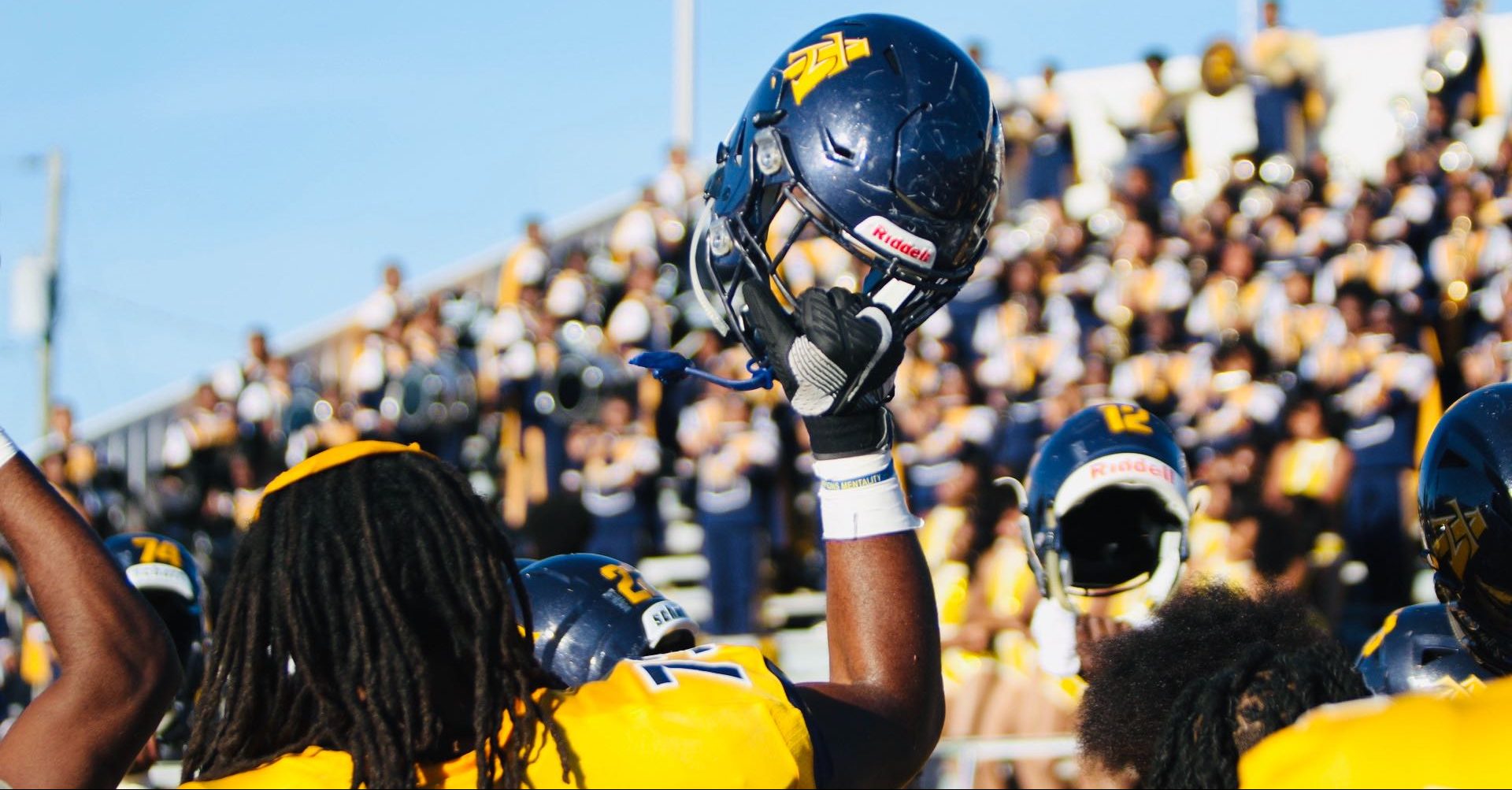 Twenty Two unanswered points by the Aggies makes the difference.

ORANGEBURG, SC–With first place in the MEAC on the line South Carolina State University was trying to knock off another conference power for the second week in a row. While it came close, the gritty effort of the Bulldogs wasn’t enough in a 22-20 loss to North Carolina A&T State University.

Both the Bulldogs and Aggies entered the game with 3-1 conference records, with Bethune-Cookman sitting at 4-1 at the start of the day. The Bulldogs got the victory over Bethune-Cookman last weekend, which could have been an important tie-breaker moving forward.

The first quarter was quiet with South Carolina State putting a field goal on the board. In the second quarter, the Bulldogs were feeling pretty good pushing the lead to 10-0 on a Labron Morris two-yard touchdown run with 10 minutes remaining.

The Aggies would respond with 22 unanswered, 16 of those before halftime. Kyin Howard picked up a safety for the Aggie defense and Jah-Maine Martin scored on a five yard run with 3:42 to go before the half. With under 30 seconds to go before halftime, Korey Banks hauled in a four-yard pass from Kylil Carter for a 16-10 lead into the half.

In the third quarter, the Aggies pushed the lead to 22-10 behind two field goals from Noel Ruiz.

The fourth quarter saw South Carolina State closed the gap to 22-20. De’Montrez Burroughs got the crowd on its feet first with a 49-yard score from Corey Fields with 14:24 to go in the game. Then a Dillon Bredsen 28-yard field goal brought it back to just a two-point deficit.

The game was decided late, when South Carolina State failed to convert on a third-down play with just over two minutes remaining in the game. There seemed to be a defensive holding penalty on a Fields pass but the ball was tipped at the line of scrimmage which negated any potential for passing interference.

North Carolina A&T responded on the ensuing drive facing a third-down dilemma of their own. But it was Kylil Carter finding his go-to target Elijah Bell on a crossing pattern that secured the first down and allowed the Aggies to run out the clock.