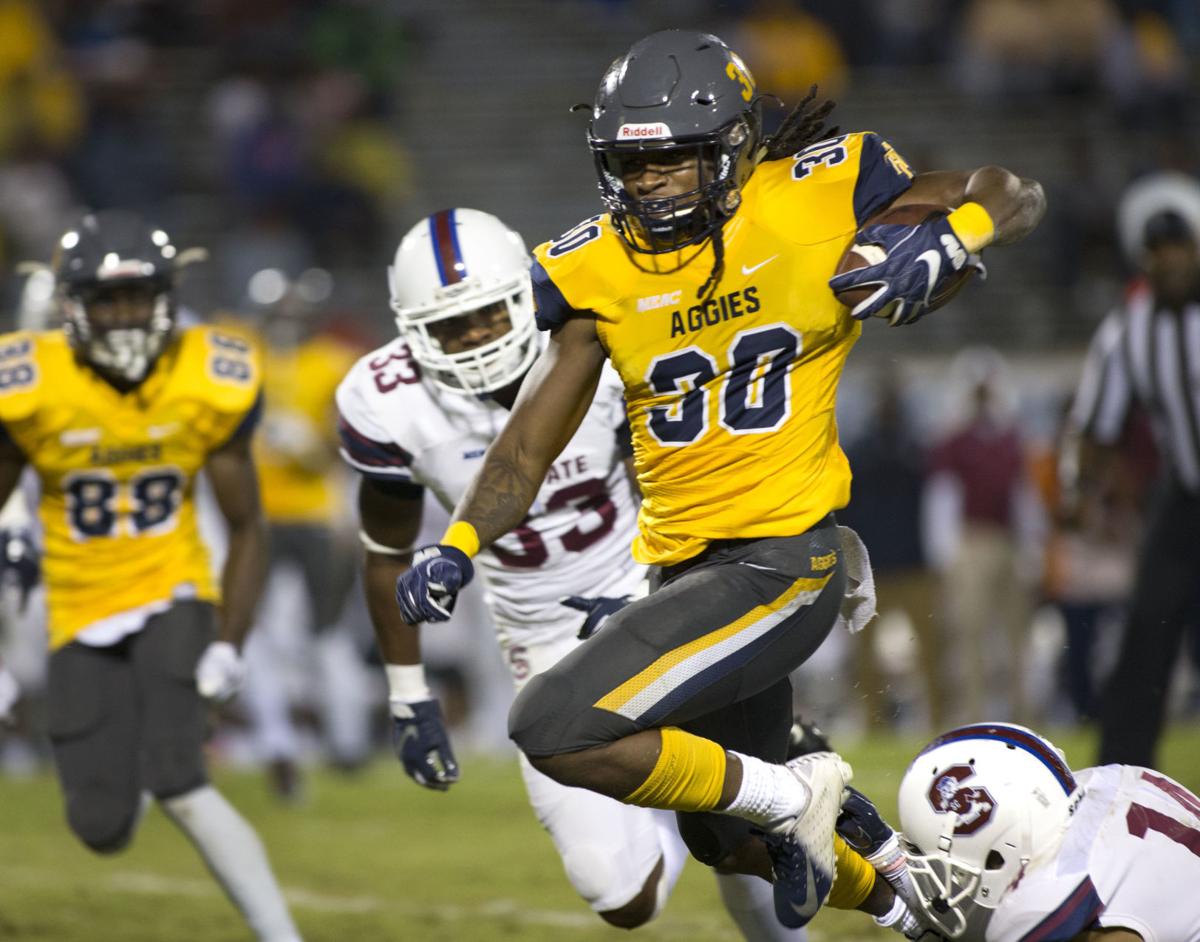 Cross-Carolina rivals NCAT and SCSU will battle it out in Orangeburg on Saturday with MEAC and Celebration Bowl implications looming.

North Carolina A&T and South Carolina State has been a MEAC staple rivalry since the conference was born in the early 1970s.The two teams will meet on Saturday in a game with first-place implications.

The two conference heavyweights, who are both 3-1 in league play, will meet for the 55th time, with the Bulldogs leading the all-time series, 31-21-2.

A&T (5-2, 3-1) running back Jah-Maine Martin was named MEAC Offensive Player of the Week for the third time this season after his performance in the No. 16/16 Aggies’ 64-6 rout of Howard this past weekend. Martin ripped off 138 yards and three scores on just seven carries, averaging 19.7 yards a rush.

Linebacker Jacob Roberts had a huge day in his first-ever Homecoming game; he was named MEAC Defensive Player of the Week and Rookie of the Week after racking up 15 tackles (six for loss) and three sacks in the win over Howard. That performance also earned Roberts STATS FCS National Freshman Player of the Week honors. “He was a one-man wrecking crew,” Aggies head coach Sam Washington said. “Since the first day I told him, there’s only one other freshman who has played for me. He has made me proud ever since that moment. I’m expecting much more from him.”

South Carolina State (5-2, 3-1) handed Bethune-Cookman its first MEAC loss of the season this past Saturday, thanks largely to 108 rushing yards from Labron Morris. Tyrece Nick had two touchdowns for the Bulldogs – one passing and one rushing. Like A&T, its lone loss of the season came at the the hands of FAMU, who is ineligible for the Celebration Bowl due to NCAA penalties.

Bethune-Cookman also comes into this week with one MEAC loss after it was beaten by SCSU. It must still play A&T next month in Greensboro.