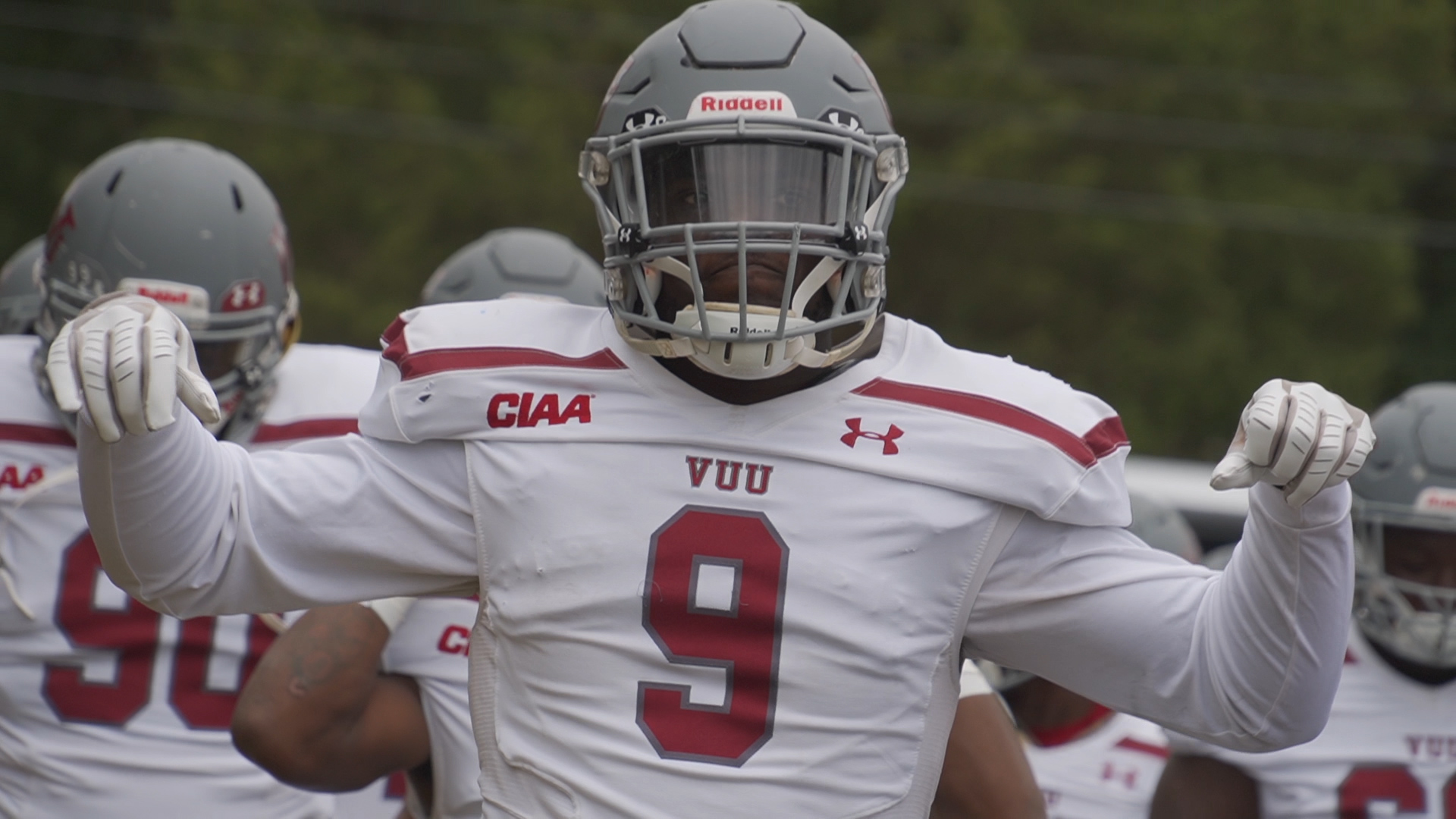 Virginia Union, Bowie State to meet in a CIAA matchup of top 25 teams

Virginia Union is now in the top 25 of the D2 poll. But it will have to pull off a big win on the road if it wants to stay ranked.

Bowie State, who has been ranked for much of the season, move up one spot from no. 16 to no. 15. The Bulldogs (7-0, 4-0 in the CIAA) remain the only unbeaten team in the CIAA after their 24-14 win over division foe Virginia State.

Virginia Union make their first appearance in the AFCA poll since the 2008 preseason poll, debuting at no. 25. The Panthers (6-1, 4-0 in the CIAA), who only has one loss so far this season against no. 7 Lenoir Rhyne, had a 41-34 come from behind win over Chowan this past weekend.

Virginia Union will travel to Bowie State in the only AFCA Top 25 matchup across the country in Division II this coming weekend with the top spot in the CIAA Northern Division up for grabs.

Elsewhere in the poll, Tarleton State (Texas) broke out to a 14-0 lead over then-No. 20 Texas A&M-Commerce in the first quarter, and never looked back, winning 35-21 to take sole possession of first place in the Lone Star Conference. The Texans are 7-0 and remain No. 4 in this week’s AFCA Division II Coaches’ Top 25 Poll. Despite the loss, Texas A&M-Commerce drops just three spots to No. 23.

The rest of the Top 5 remained unchanged again as Valdosta State (Ga.), Ferris State (Mich.), Minnesota State and Ouachita Baptist (Ark.) registered victories on Saturday to move their records to 7-0.

Aside from Virginia Union, the only newcomer to this week’s poll is No. 24 Henderson State (Ark.). The Reddies were last ranked on September 4, 2017 and sit 6-1 on the season after a 48-17 victory over East Central (Okla.).

Virginia Union, Bowie State to meet in a CIAA matchup of top 25 teams