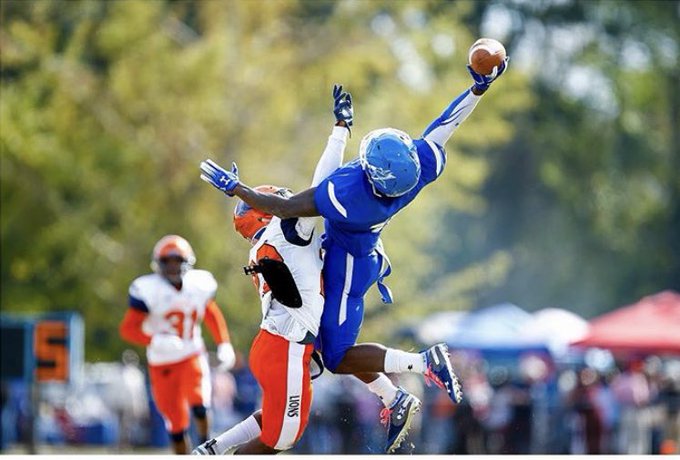 Elizabeth City State takes it to Lincoln for homecoming win

Elizabeth City State got a big effort from Dajuan Greene and picked up a solid win over Lincoln at Homecoming on Saturday.

ELIZABETH CITY, N.C.- The Vikings overpower the Lions of Lincoln University to secure a 34-18 homecoming victory Saturday at Roebuck Stadium.

Everyone in Roebuck Stadium today will remember the name Dajuan Greene (Washington, D.C). Greene was on fire today for the Vikings with three touchdowns and 184 yards on ten receptions. Deon Yarborough also gave the Vikings pass game some versatility with his three receptions for 80 yards and a touchdown in today’s win.

“I just wanted to come out and make a play,” shared Greene. “Coach told me before the game today that he needed me to make a play today and big time players make big plays.”

Sophomore quarterback Kendrick Patterson threw for 343 yards today completing 18 out of 27 passes with five touchdowns in the air.

“We were going to make it a point of emphasis to get the passing game going today,” said Patterson. “I feel like it was super important that we got to a good lead and really hurt their spirit early.”

Dah’mear Triplett was the key player of the game for the  Lions offense totaling 74 yards on six receptions and all three LU touchdowns. The Lions were defensively led by Devon Cathcart registering eight tackles.

Elizabeth City State takes it to Lincoln for homecoming win