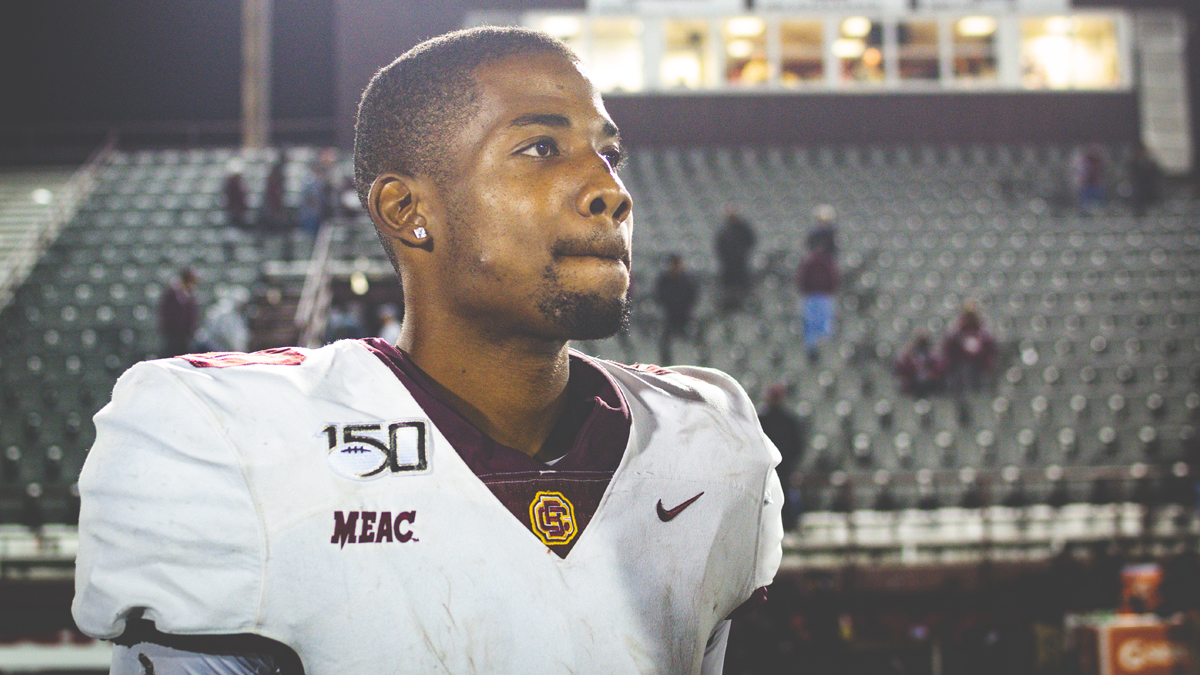 Bethune-Cookman holds off Norfolk State to stay perfect in MEAC

Akevious Williams came up with big-play after big-play to keep Bethune-Cookman perfect in MEAC play.

DAYTONA BEACH, Fla. — Akevious Williams threw  for 274 yards and two touchdowns while rushing for another, and Isaac Washington rushed for 104 yards and a touchdown as Bethune-Cookman fended off  Norfolk State for a 35-22 Mid-Eastern Athletic Conference victory Saturday night at Daytona Stadium.

BCU’s defense responded with two big stops, the first when Davonte Lawrence recovered a fumbled forced by Marques Ford to end a red zone threat.  Norfolk State got the ball back, but Tony Bowman and Marques Ford registered sacks to force the change of possession, and Washington sealed it with a six-yard run with 1:01 left.

Williams completed a career-high 24 passes of 36 attempts as the Wildcats won their fifth straight. His 267 yards was his second-best  total of his career.

BCU turned a 14-7 second quarter deficit into a 19-14 halftime lead on Williams’ one-yarder to Taron Mallard that cut the deficit to 14-13, then the senior scored on an option run for three yards to put the Wildcats ahead by five going into the locker room.

Washington posted his second 100-yard game of the season as the Wildcats finished with a season-high 467 total yards.

Judas McKenzie and Jamarquis Reeves also registered sacks for the BCU defense.  Hendrix and Devin James each had 10 tackles.

Bethune-Cookman holds off Norfolk State to stay perfect in MEAC