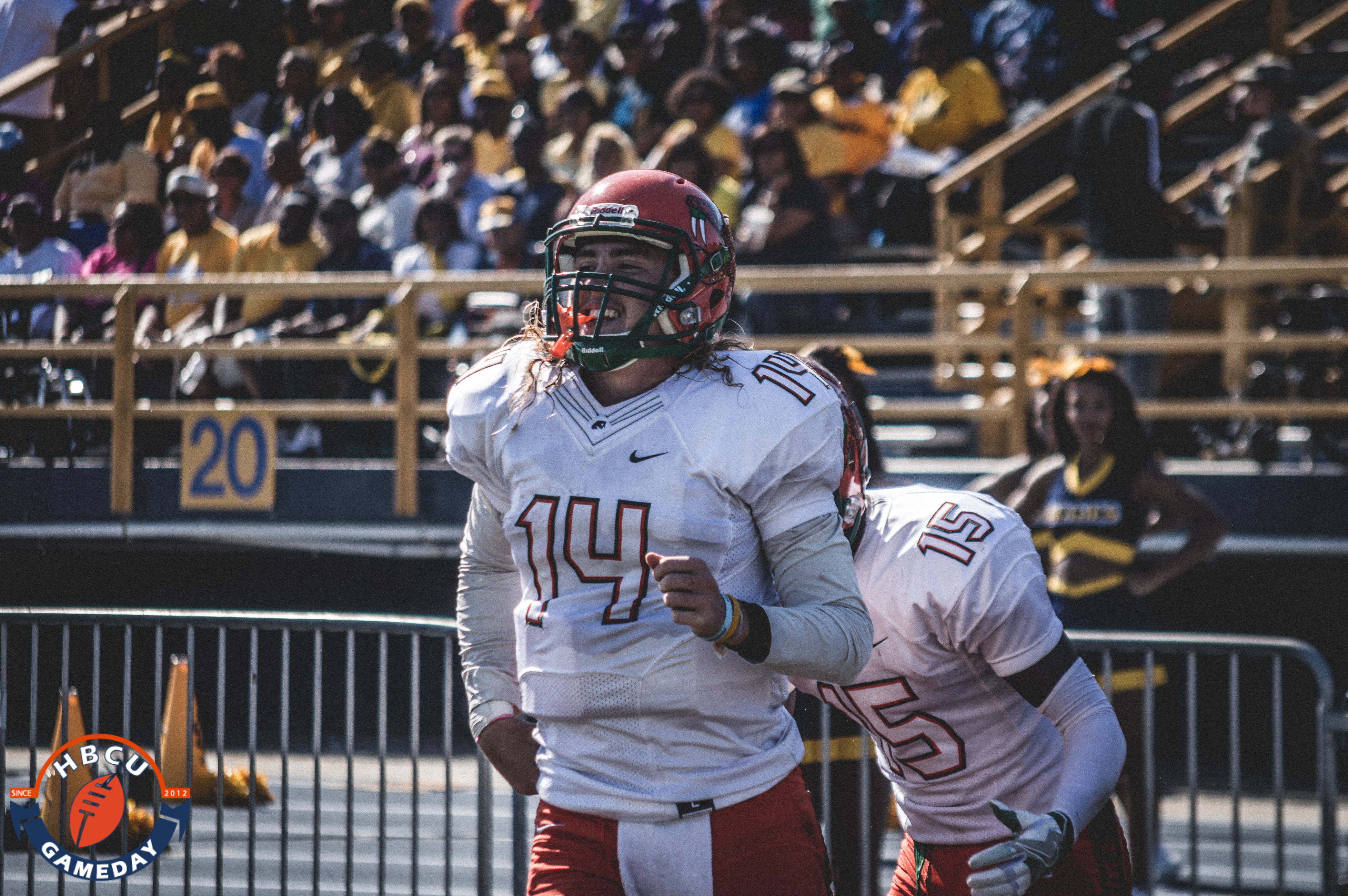 Ryan Stanley does it again for FAMU as feisty NCCU squad comes up short.

This time around, NC Central was the victim as the Rattlers struck again late in the game; winning 28-21 on homecoming.

Things got heated in the fourth quarter with the scored tied at 14. Ryan Stanley manufactured a 74-yard drive to take the lead. He connected to Xavier Smith from 13 yards out. The Eagles did not back down either. They went on a seven-play, 77-yard drive that tied the game. Davius Richard connected with Tyler Barnes for a 16-yard touchdown pass. With around four minutes left in the game, the Rattlers drove back down the field. Stanley’s arm resulted in another touchdown for his team. The drive left 25 seconds on the clock for the Eagles. The drive was on its fourth play when Andrew Hines intercepted Richard’s pass to end the Eagles’ comeback attempt.

When the dust settled, the Rattlers came out on top after another big-time performance by Ryan Stanley. He threw for 304 yards and four touchdowns in the win. Davius Richard played tough as he gained 40 rushing yards and 220 passing yards. He accounted for all of the Eagles touchdowns.

FAMU will be looking improve to a five-game win streak in Orangeburg next week against South Carolina State. NC Central will face Bethune-Cookman at home.