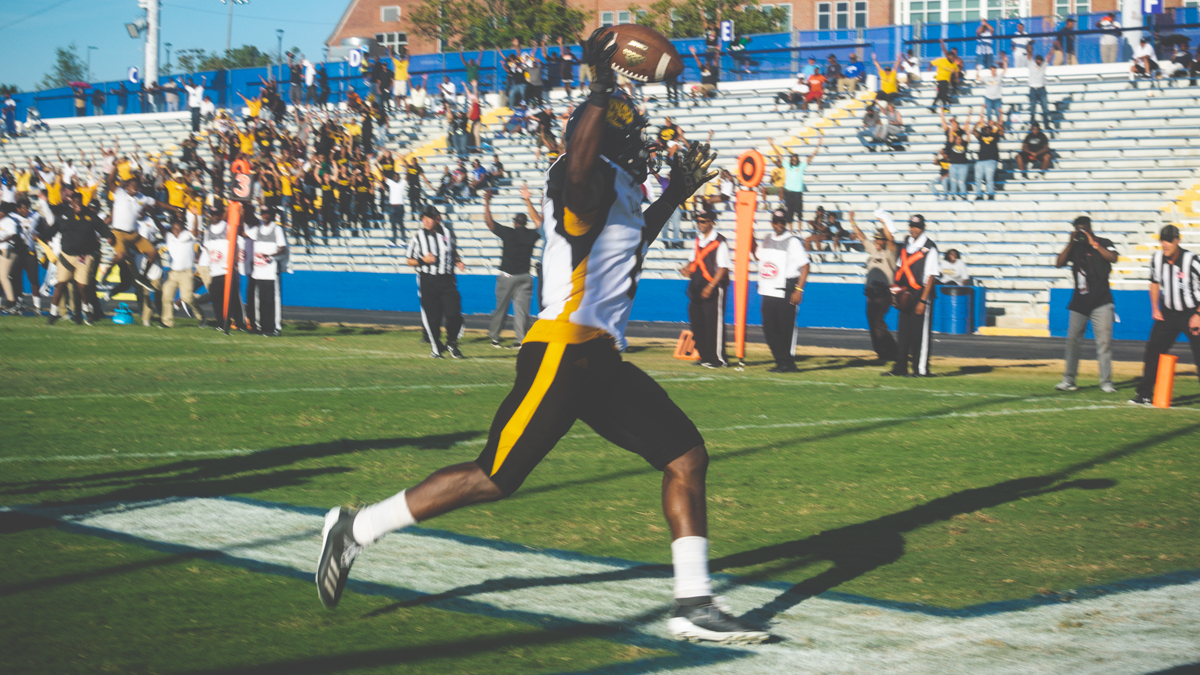 No-Lie-On: The rest of the SWAC can’t ignore UAPB after win at TSU

It’s been years since Arkansas-Pine Bluff was a legit threat in the SWAC West. These young lions are fearless and hungry for more.

The SWAC West has belonged to Jaguars and Tigers of late, but a it is a group of Golden Lions from Arkansas that is making noise early.

Arkansas-Pine Bluff survived a stiff second-half challenge from Tennessee State for a last-second 37-31 win in Nashville.

Cameron Rosendahl threw three second-half touchdown passes, including a 9 yarder in the corner that Steven Newbold hauled in for a score that would eventually tie the game with 50 seconds left.

UAPB marched 75 yard down the field with less than a minute remaining as Shannon Patrick hit Jeremy Brown for a 17 yard touchdown pass that won the game, helping his team to improve to 3-1. The only loss to UAPB came in the opener against TCU, an FBS team.

Tennessee State, on the other hand, falls to 1-3, with back-to-back losses to SWAC squads now on its record. And Mississippi Valley State was a few wins away from making it three SWAC wins against TSU.

Chris Rowland was spectacular in defeat, catching 13 passes for 154 yards and a score.

UAPB’s two-headed running back monster of Taeyler Porter and Keshawn Williams combined for 191 yards and three scores on the day, 107 yards and two scores belonging to Porter.

Meanwhile Grambling and Southern, the two teams who have won the SWAC West ever year since 2013, both dropped heartbreakers on the road. There’s still a long way to go, but this is clearly not the same team that got 90 points put on it last season. Opponents will defintely have to take them seriously or get clawed.

No-Lie-On: The rest of the SWAC can’t ignore UAPB after win at TSU

It Was A Pride Thing: Southern, FAMU and the battle for 90s HBCU Football supremacy
Howard crashes Delaware State homecoming for first win of 2019
To Top
X